Naples sailors brush up on takedowns 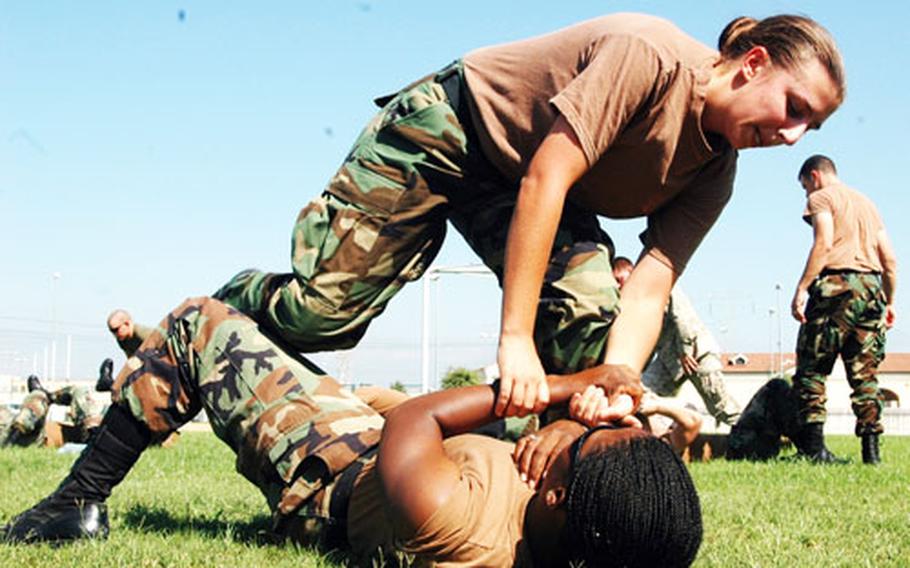 NAPLES, Italy &#8212; Security personnel at the U.S. Navy base here say if their duties ever change from taking down a drunken sailor to taking down a terrorist, they&#8217;re ready.

The security sailors are well-trained to carry out their law enforcement duties, their primary job at the Navy base, said Marine Capt. Justin Bellman, company commander for 2nd Platoon, 3rd Marine Fleet Antiterrorism Security Team (FAST) Company. The unit is forward deployed to Rota, Spain, from its home base of Camp Allen, Va. The company is about four months into the routine six-month deployment.

The week&#8217;s worth of training gave the sailors a dose of a mind-set change &#8212; from being cops to the ability to fight terrorism, he said.

For example, when Marines search a vehicle in a combat zone, keen focus is placed on the outside of the car, looking for wires or anything suspicious to alert them of possible bombs.

In law enforcement, the focus more is on the inside of vehicles and on the drivers and whether they might be transporting contraband, he said. But the training won&#8217;t just safeguard against terrorists, Rodrigo said.

Sometimes, threats against a base can come from protesting activists, for example, and the sailors now can apply some of the specialized training to "try to keep them from gaining access to the base" if necessary, he said.

The week in Naples also helped the Marines who were able to apply their training to safeguarding an actual base, instead of a simulated base at a training site, said Staff Sgt. Timothy Gilbert, 29.