Naples residents have a new way to pay phone bills 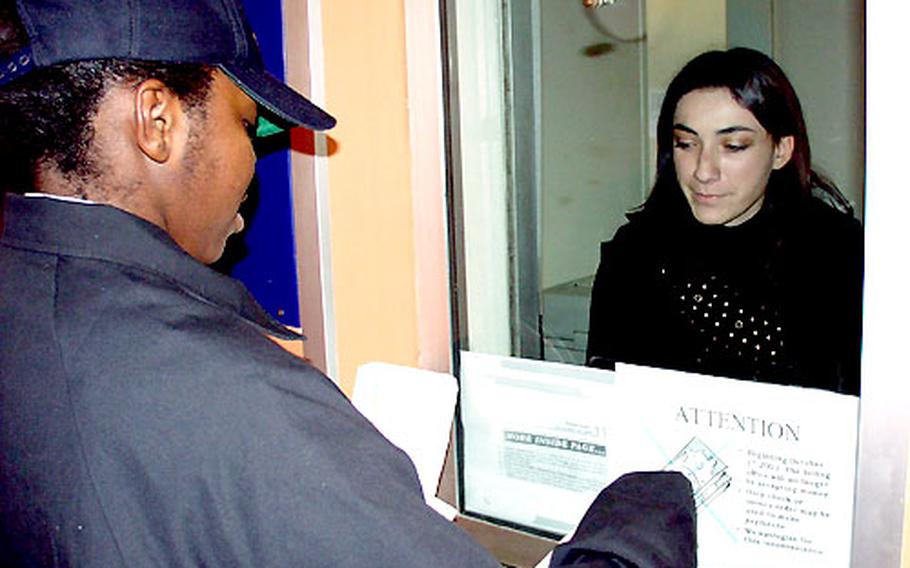 NAPLES, Italy &#8212; On-base residents have a new way, and place, to pay their Internet and phone bills.

The office at Gricignano Village Forum has moved to the old dental trailer near the commissary. Its hours are from 9 a.m. to 3 p.m. on Tuesdays and Thursdays.

There are no changes at the Capodichino office, which is open weekdays from 9 a.m. to 4 p.m.

Those making payments at either location can now pay only by personal check or money order. The offices will no longer accept cash payments.

&#8220;People used to complain that they didn&#8217;t want to pay their phone bill by check because it never clears,&#8221; said Sean Flannery, base communications manager.

Checks used to take more than a month to clear.

But the Naval Computers and Telecommunications Area Master Station, Europe Center has begun sending all checks through Personnel Support Detachment Naples, which will clear from the residents&#8217; banks within days, Flannery said.

Residents also can pay their phone bills by mail.