Naples petty officer honored as a sailor of the year 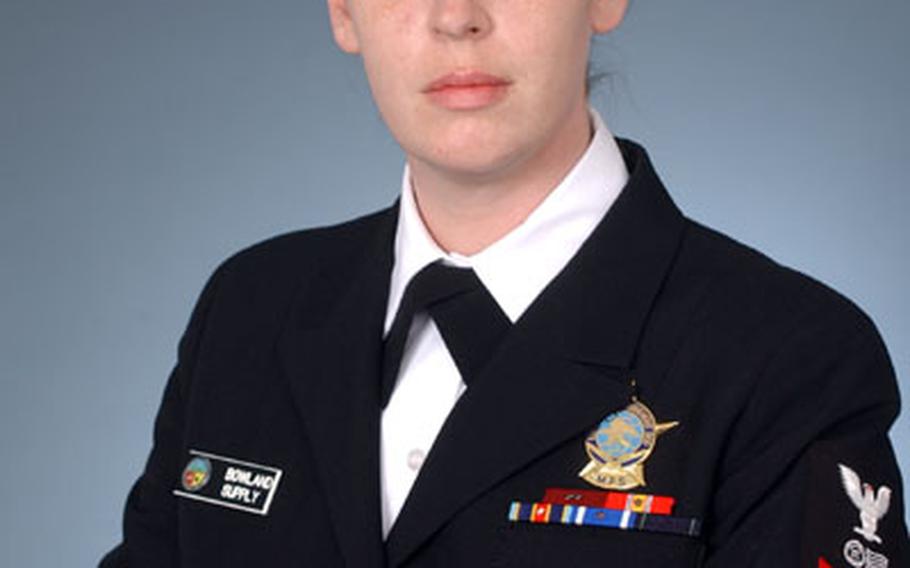 In late 2003, she was also presented the PCCS George C. Piette Award for her selection as the U.S. Naval Forces Europe postal clerk of the year.

The Seaford, Del., native has been in Naples for three years and is the leading petty officer for the Fleet Mail Center Division&#8217;s 28 sailors. The center is responsible for all mail for the three Naples-area post offices as well as any ships visiting Naples.

Bowland was selected as the sailor of the year from nominees from various NSA departments. For her selection as postal clerk of the year, she was selected from representatives from bases throughout Naval Forces Europe.