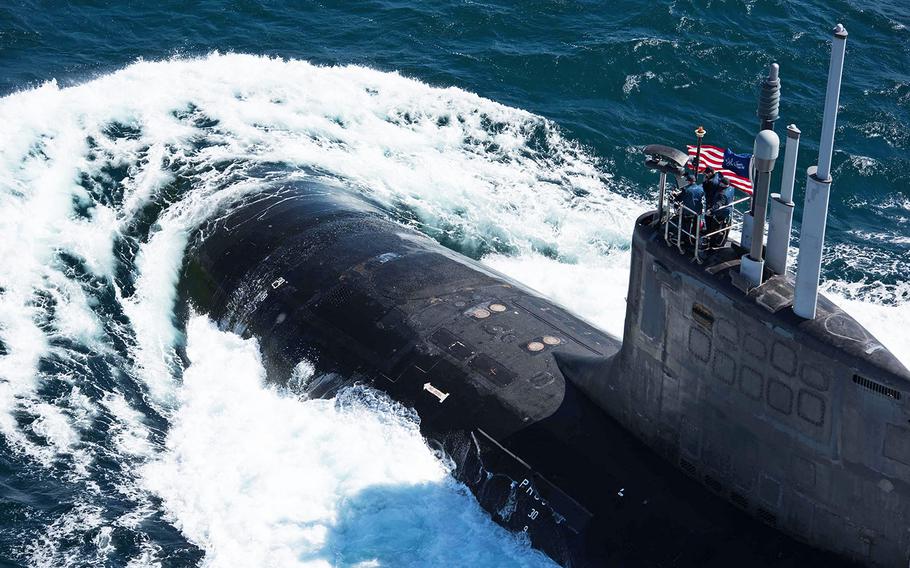 The Virginia-class nuclear submarine USS John Warner navigates in the Mediterranean Sea on March 5, 2018, during an exercise. After completing this exercise, the submarine passed near the Bay of Naples, causing the city's mayor to complain that it had violated a nuclear-free zone. (U.S. Navy)

The Virginia-class nuclear submarine USS John Warner navigates in the Mediterranean Sea on March 5, 2018, during an exercise. After completing this exercise, the submarine passed near the Bay of Naples, causing the city's mayor to complain that it had violated a nuclear-free zone. (U.S. Navy) 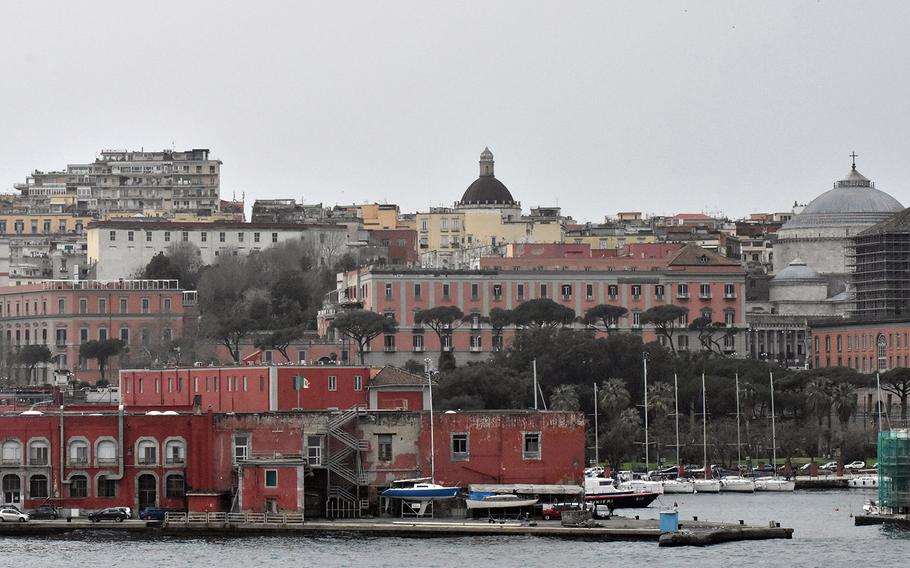 Buy Photo
The Port of Naples is large enough and deep enough to accommodate some U.S. Navy ships. The mayor of Naples has declared the port off-limits to nuclear-powered ships, but does not have the jurisdiction to enforce such a ban. (Scott Wyland/Stars and Stripes) 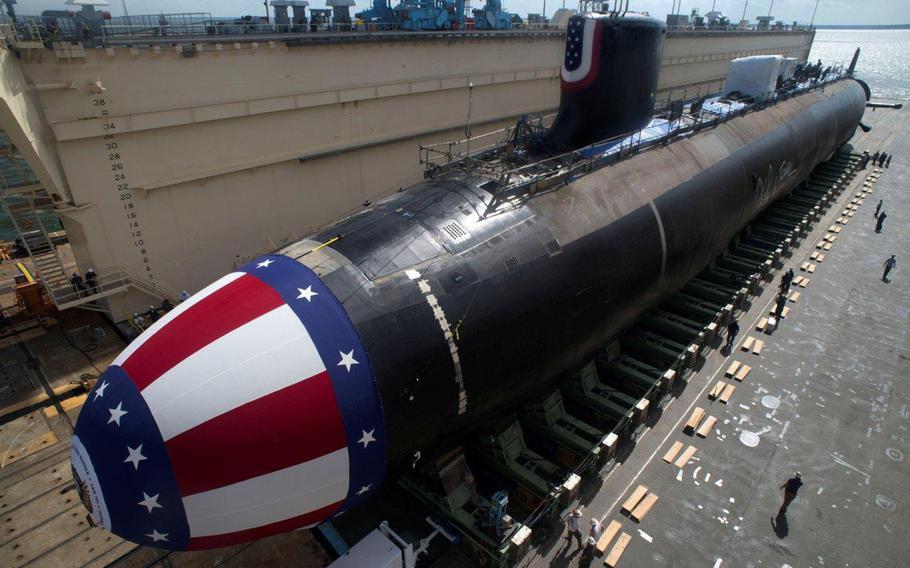 The Virginia-class attack submarine USS John Warner is moved to dry dock in Newport News, Va., in preparation for its 2014 christening. (Courtesy of Huntington Ingalls I) 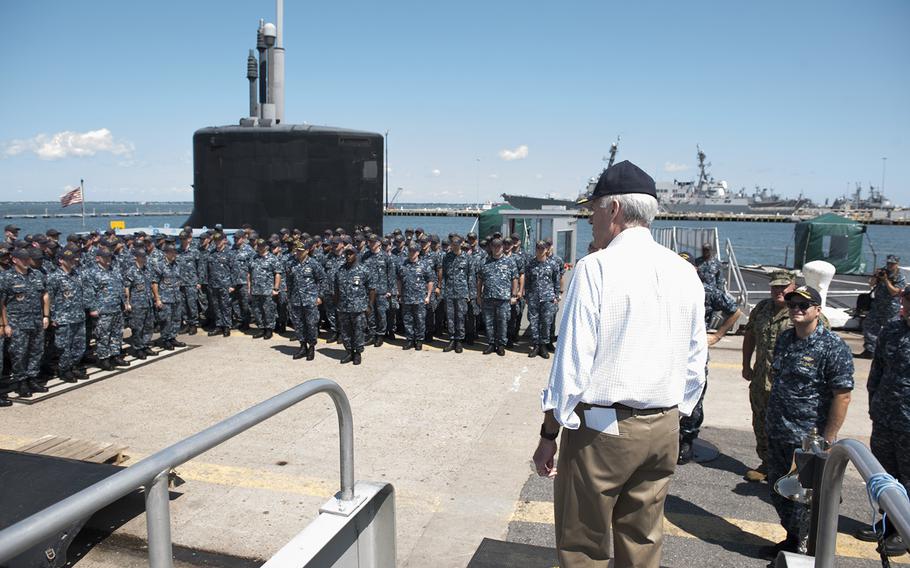 Secretary of the Navy Richard V. Spencer holds an all-hands call after a tour aboard the USS John Warner in Norfolk, Va., Aug. 10, 2017. (Jonathan B. Trejo/U.S. Navy)

NAPLES, Italy — The mayor of Naples said a nuclear-powered submarine that took part in missile strikes against suspected Syrian chemical weapons sites should not have cruised through waters near the city, but Italian military officials said he has no jurisdiction over the matter.

The Virginia-class submarine USS John Warner passed through the Bay of Naples three miles from shore in late March after participating in NATO’s Dynamic Manta exercise.

That prompted Naples Mayor Luigi de Magistris to write the port authority complaining that the submarine violated a 2015 decree establishing a denuclearized zone in city limits.

“The fact that it is the same submarine (involved in the Syria attack) further reinforces the rightness of the order,” de Magistris told the Italian news outlet ANSA earlier this week. “Ships of nuclear propulsion or carrying nuclear weapons are not welcome in the port of Naples and, therefore, they are not allowed to transit or stay.”

Rear Adm. Arturo Faraone, head of the city’s port authority, told the mayor the city has no jurisdiction over foreign naval vessels in territorial waters. That is the Italian defense ministry’s purview, he said.

The submarine never entered the port and stayed far enough from shore to avoid the city’s nuclear-free zone, Faraone said.

The USS John Warner left from Gibraltar to join U.S., French and British military forces in the April 13 attack on three Syrian chemical weapons sites. The six Tomahawk missiles it launched from the eastern Mediterranean were the first missiles ever fired in combat by a Virginia-class submarine, the Navy said.

The Navy has had a support base in the Naples area since the early 1950s. It is the headquarters for Naval Forces Europe and Africa, as well as a NATO Allied Joint Force Command.

“We like to call it the sweet spot on the Mediterranean,” Grady said after he relinquished command in March. “Naples, not only is it a strategic role, it’s a historic role.”

Italian politicians had mixed sentiments about the missile strike. For instance, Matteo Salvini, head of the center-right coalition, opposed it, while Prime Minister Paolo Gentiloni backed it.

Italy provided logistical support from the air base in Aviano on condition that no attacks would be launched from Italian soil, Gentiloni told Italian media earlier this week.