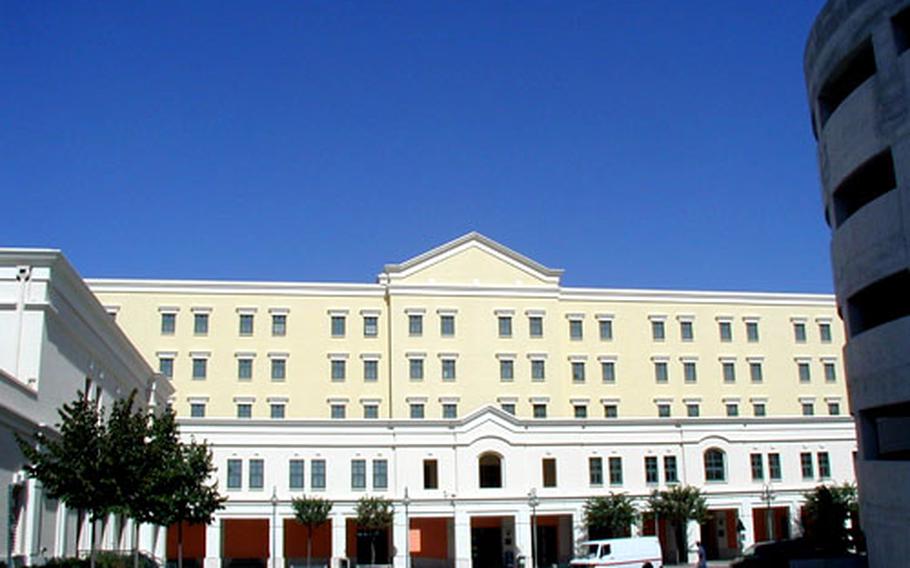 The Navy does, though, and it named Naval Support Activity Naples as the only European recipient of the Admiral Elmo R. Zumwalt Award for Excellence in Bachelor Housing. Zumwalt served as chief of naval operations from 1970 to 1974.

The award was given to 13 bachelor housing divisions worldwide, only two of which are outside of the continental United States. Naval Air Facility Atsugi, Japan, was the other non-U.S.-based command to earn the award.

Commands are given the Zumwalt award &#8220;based on their performance against standards in facilities, service and management,&#8221; according to a recent message from Secretary of the Navy Gordon England in which he announced the winners.

The inspection is broken down into about 100 areas, including administrative tasks, staff training, a comparison of their transient facilities against other bases&#8217; facilities and overall appearance.

Naples, according to bachelor housing director Romie Rojo, had the only transient facility in Europe that served a continental breakfast. It also has an Internet cafe.