Naples expo attendees get a lesson in inking the skin 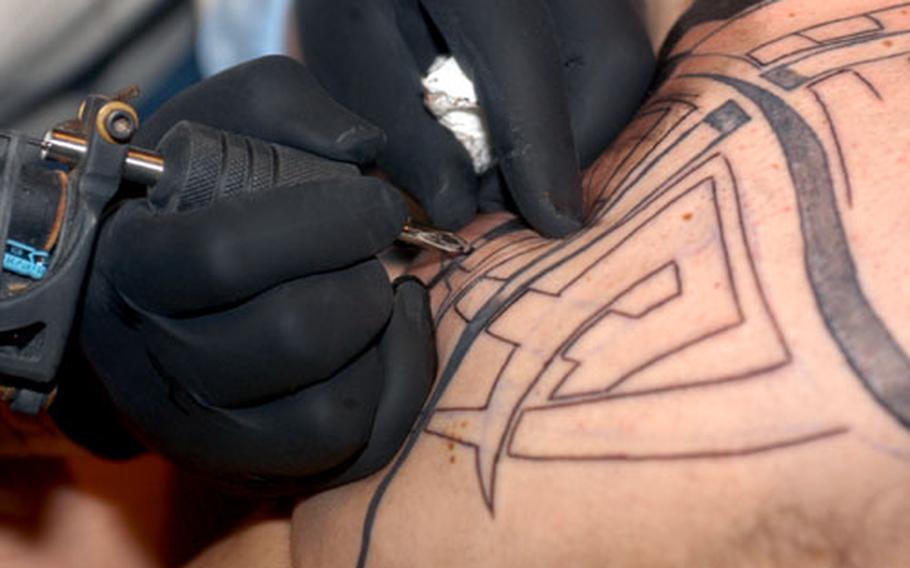 The craft of tattooing is unforgiving. Artists must have a steady hand and an unflinching customer. (Lisa M. Novak / S&S)

The craft of tattooing is unforgiving. Artists must have a steady hand and an unflinching customer. (Lisa M. Novak / S&S) 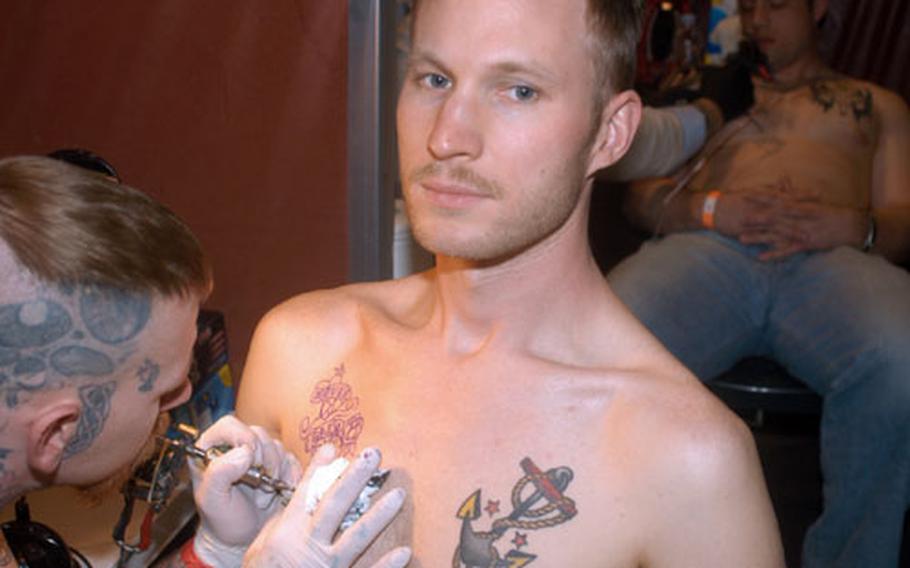 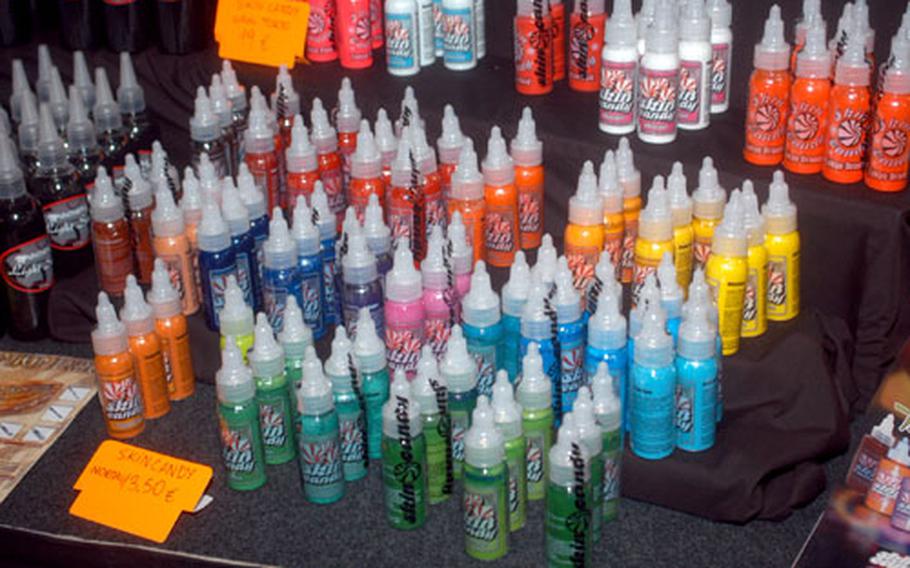 Skin Candy tattoo ink provided the color for many of the designs at the Expo. (Lisa M. Novak / S&S) 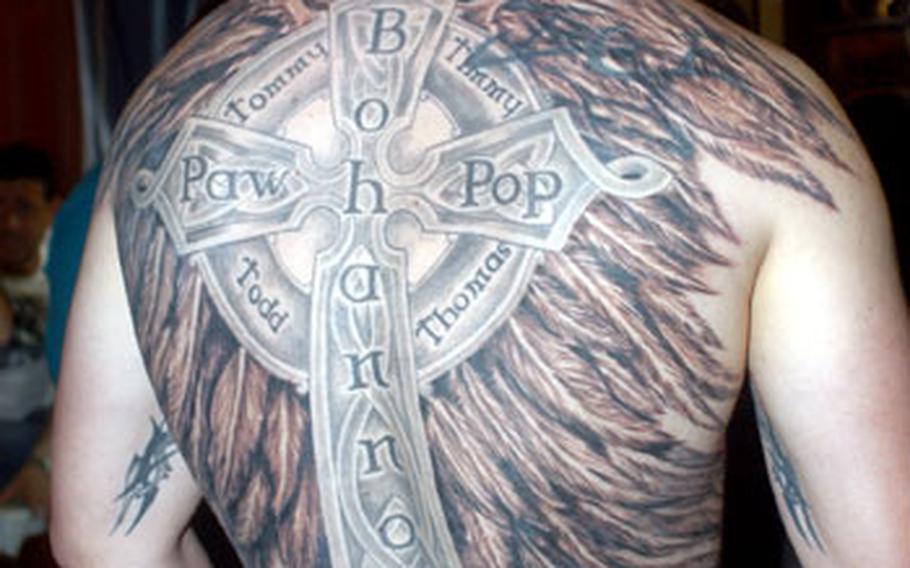 Thousands of people turned out last weekend for a tattoo expo in Naples. Artists were kept busy decorating bodies throughout the two-day event. This design took about nine hours to complete. (Lisa M. Novak / S&S)

NAPLES &#8212; The big white tent of the Palapartenope concert arena in downtown Naples provided a stark contrast to the universe of color underneath the big top at the Tattoo Expo a Napoli last weekend.

The expo is an annual event sponsored and created by Friz Tattoo, a Naples-based artist with a studio downtown. Sporting more than 37 tattoos himself, he takes his art seriously.

"You have to give a tattoo the proper importance when you get one," he said. "It marks a moment in your life you want to remember. It&#8217;s like a book written on your skin."

More than 80 artists from several countries, including the United States, Brazil, Argentina, Italy and Spain, brought their talent and left their mark on many who came to the event. Along with customers, curiosity seekers and friends lending moral support, there were also vendors selling needles and inks, along with T-shirts for the noncommittal. Organizers said about 3,000 people attended.

Live music from the Duddy Boys, a local rock band made up of active-duty and retired U.S. servicemembers, occasionally helped drown the din of the artists&#8217; needles, which were kept buzzing by a constant flow of customers. Whether a person was getting inked for the first time or just adding another chapter, the needle took some getting used to.

"It&#8217;s like getting a steady stream of paper cuts," said Philip Casey, a Naples-based sailor who was getting a series of tribal symbols etched onto his chest.

Tables were set up throughout the arena, strewn with artist&#8217;s books full of illustrations for potential customers to consider. Most of the artists themselves were on display, with enough skin art to fill a gallery.

Erin Lambert, who brought his talents all the way from Pittsburgh, is covered in art. Working shirtless, onlookers admired his human canvas. If you ask how many tattoos he has, he&#8217;ll tell you "only two" &#8212; a surprising answer until you hear his rationale.

"One in front and one in back," Lambert said. "At this point, they&#8217;ve just kind of blended in together."