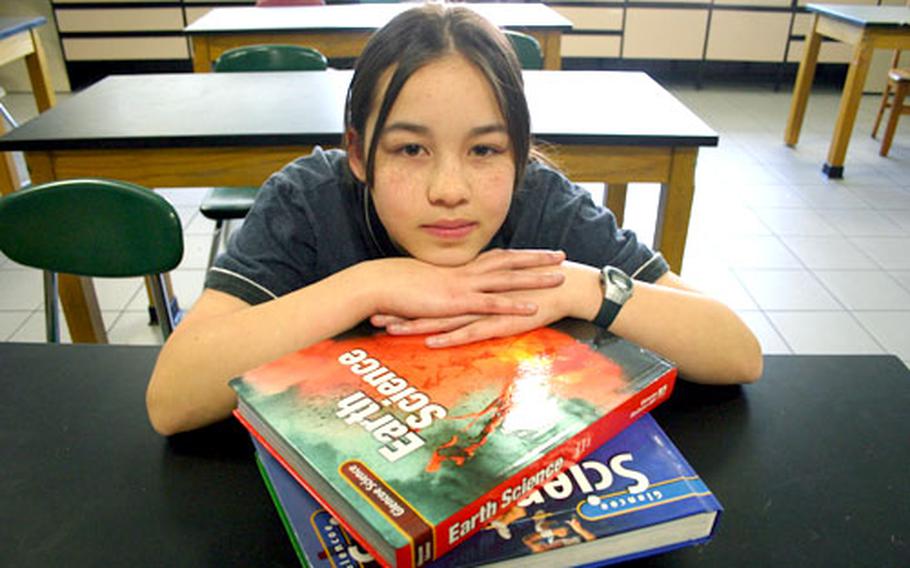 Naples eighth-grader Sophia Leonard, 14, is the champion of the 2006 Scholastic Challenge for the Department of Defense Dependents Schools-Europe competition. (Sandra Jontz / S&S)

To tackle these questions, Leonard used process of elimination, she said.

&#8220;Some of the sports questions I knew that one of them couldn&#8217;t possibly be it at all &#8217;cause it was a totally different sport, and then from there you can narrow it down just a bit and then choose one of those answers,&#8221; Sophia said.

She said the math part of the exam was also challenging, but she also enjoys solving math problems.

&#8220;She is a great student. She is modest about her abilities, but her bright intellect really shines, and we&#8217;re very, very proud of her accomplishment, and it&#8217;s a tribute to her and her parents and her teachers,&#8221; Galloway said.