Naples-based sailor donates a kidney to his father 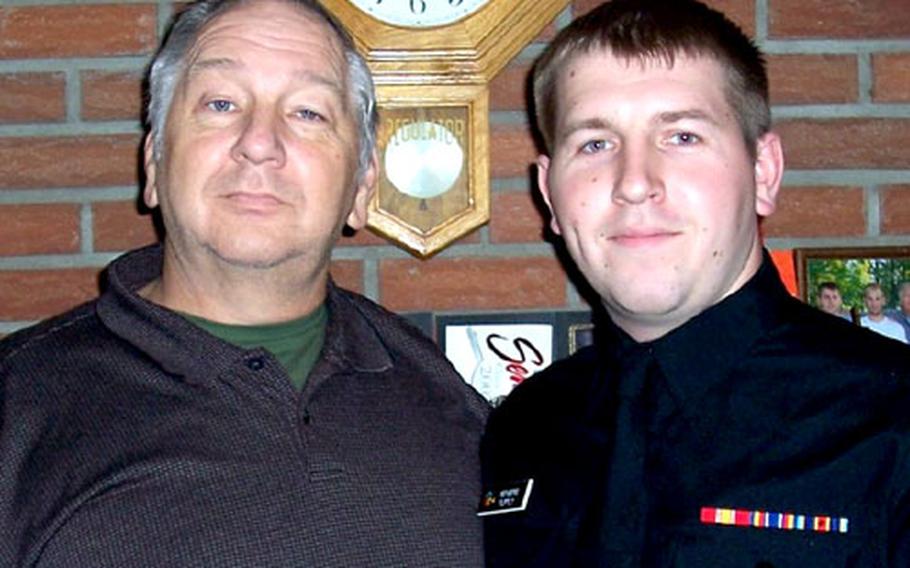 Joshua Isenberg, right, poses for a photo with his father, David, is the family’s Hartford City, Ind., home. Last month, Joshua donated one of his kidneys to his father, who has been undergoing dialysis treatment for the past nine months. (Photo courtesy of Joshua Isenberg)

Thanks to Joshua Isenberg&#8217;s big heart, his dad has a new kidney.

David Isenberg&#8217;s ordeal began in February when his kidneys failed because of high blood pressure. For about nine months, the 54-year-old man endured dialysis treatments three times a week, four hours each time.

It was hard for Joshua Isenberg to take.

Unbeknownst to his father, the third class petty officer sought a test kit to see if he might be an organ donor match. Results showed Joshua Isenberg couldn&#8217;t have been a better match.

Actually, Joshua Isenberg was less concerned about the surgery than asking his supervisors for time off.

It&#8217;s unheard of for someone in Isenberg&#8217;s job &#8212; postal clerk at Naval Support Activity Naples &#8212; to take vacation during the Thanksgiving and Christmas season, when it&#8217;s three times busier than any other point in the year.

&#8220;I really want to thank the supply department for all their help,&#8221; the sailor said, which included tracking down contacts for the test kit, making appointments at the local Navy hospital, kicking in some money to help get him home &#8212; and most of all, giving him the time off from work.

Joshua Isenberg&#8217;s donation won&#8217;t adversely impact his service in the Navy, he said.

Both father and son say they healing remarkably well.