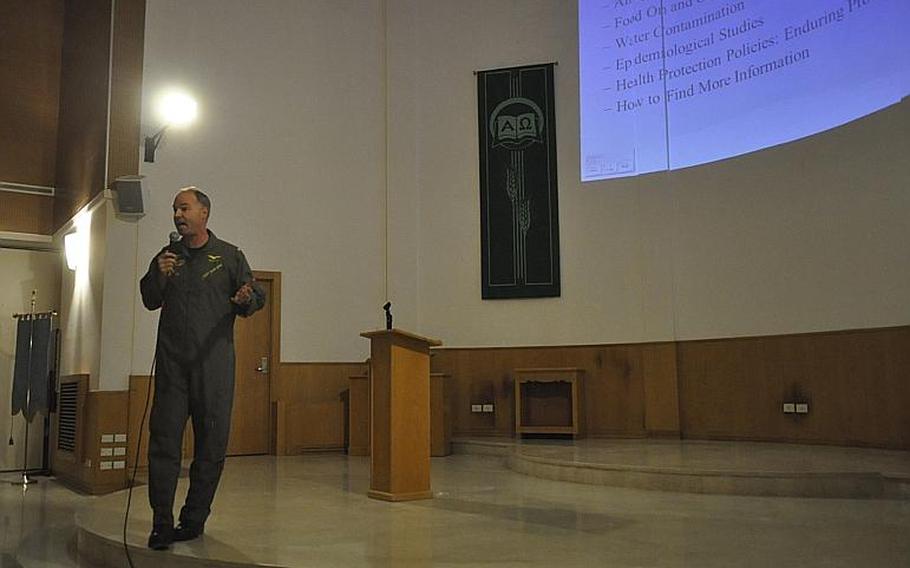 NAPLES, Italy — More than five years after declaring several polluted areas around the U.S. naval base here off-limits for Americans to live, Navy officials discovered they had overlooked 10 homes in one of the zones.

Base officials say the apartments in the town of San Marcellino, just west of the Navy’s support site in Gricignano, are at the edge of a zone where new leases have been prohibited since 2008 but were not known to be within its boundaries until a recent review of maps.

They say that although some homes inside the zone show heavy soil, air and water pollution, the newly found properties came up clean in previous tests and should be considered safe.

“Those zones were created out of an abundance of caution based on an overall base of the results,” Kathryn Ostapuc, regional environmental director for the base, said in an interview. “But that specific (housing community) and that standalone home that we identified, we have test results from that specific area, and they are good.”

Base commander Capt. Scott Gray met with residents about the discovery in March and offered each a free relocation, Ostapuc said. Two families accepted and seven opted to stay. The other resident was already relocating for another tour when notified.

The base established three “new lease suspension zones” in 2008 when the Navy began testing off-base properties as part of a larger health study related to trash dumping in the region. Well hook-ups near contaminated areas were the most common problem in each of the zones.

The base forced 40 families to relocate after it created the zones. Families living within the boundaries but whose properties tested clean were allowed to decide whether to leave. Nine other families in addition to those in the new San Marcellino area remain in the suspension zones, according to the base. Their apartments will be removed from rental lists after occupants leave, Ostapuc said.

She said the base command began looking at maps in January as part of a review of the 2011 health study and how its recommendations had been implemented. The most common map showed suspension zone boundaries marked by streets, Ostapuc said. More detailed maps requested by the base showed the 10 properties were on one side of a boundary street, just inside the zone.

The residents of the 10 homes rented the properties after the zones were established, said base spokeswoman Lt. Liza Dougherty. She said the properties weren’t flagged because no one knew they were within zone boundaries.

Pollution has long been an issue in the farmlands and communities surrounding the Navy base, for decades the site of legal and illegal waste dumping and incineration. Open dump sites are visible across the area, and fires are commonly lit to burn smaller piles, raising concerns about fumes.

New attention to cancer deaths combined with last year’s release of once-sealed testimony by a turncoat mobster recently spawned a new wave of anger and fear. Gray held a town hall meeting in November to address the concerns of Americans assigned to the base and reintroduce the health study. Published in 2011, it concluded the risks for residents were comparable to those in the U.S. given the average tour length.