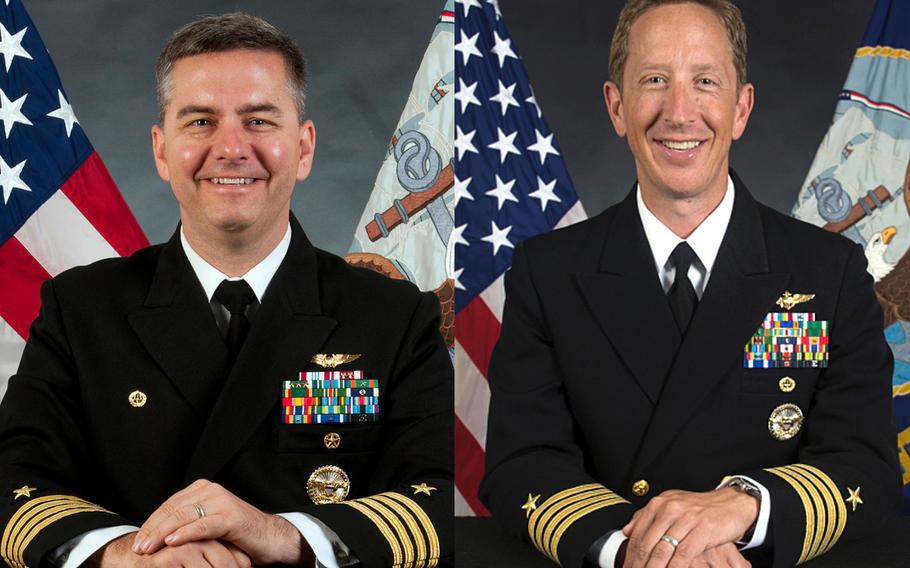 NAPLES, Italy — The command of the Navy base here – home to the 6th Fleet and headquarters of U.S. Naval Forces Europe – passed from one Navy pilot’s hands to another’s on Thursday.

“These last three years have been rewarding but tough,” Carpenter said. “Together we made a lot of progress.”

Carpenter will head to Washington, where he will work in operations policies and assessment at the Navy Yard.

The two captains have much in common. Both became Navy pilots shortly after becoming officers, served on several aircraft carrier deployments and have overseen large operations.

Abrahamson’s most recent job was executive assistant at the Pentagon. In 2012, he was an air officer aboard the USS Nimitz, which this week began launching air strikes in the Persian Gulf against the Islamic State group. He flew with the Blue Angels from 2002 to 2003.

Abrahamson, who is the base’s 34th commander, said he looked forward to carrying on Carpenter’s work.

Carpenter spoke in Italian during the ceremony to praise the partnership between Italy and America. Without the Italians’ help, he said, he couldn’t have accomplished nearly as much.

“His unwillingness to pass the buck established our culture of excellence in Naples,” Williamson said.