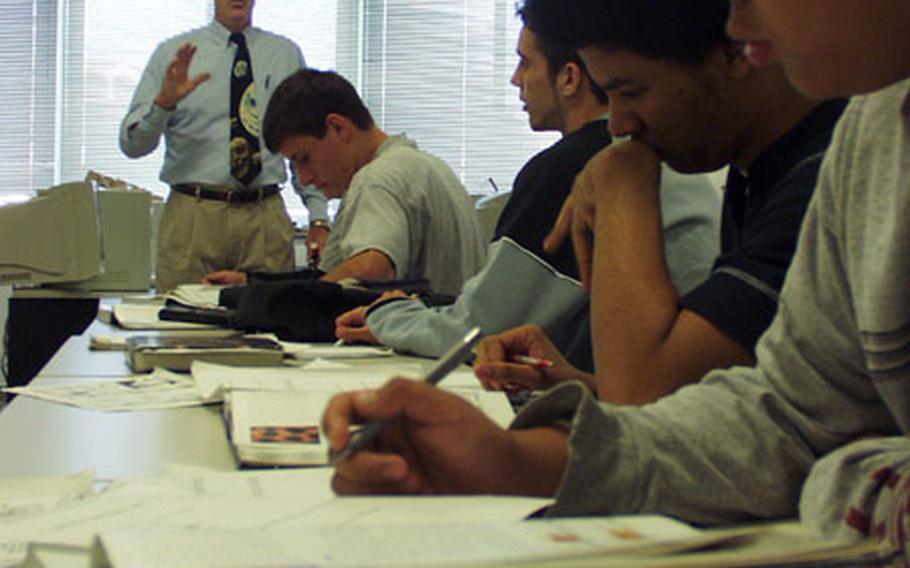 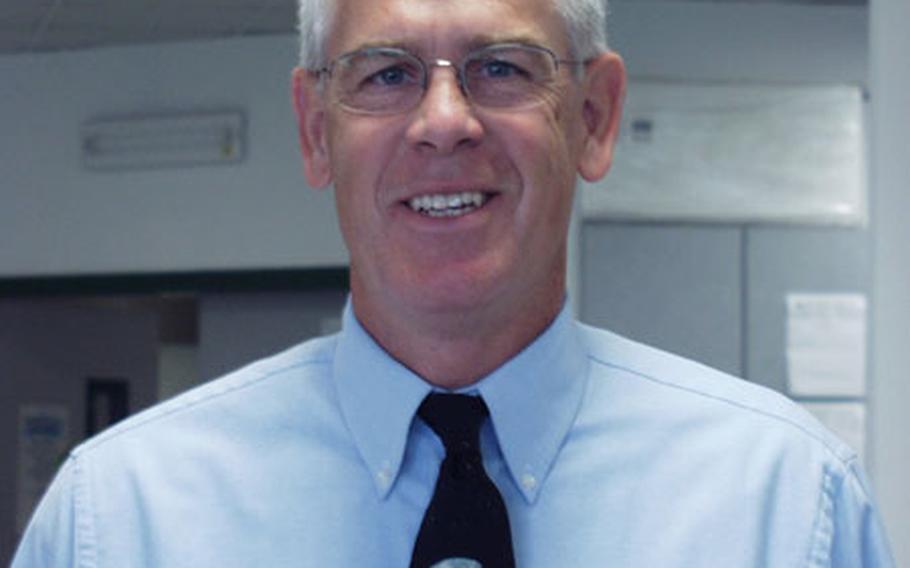 NAPLES, Italy &#8212; Naples American High School teacher Dale Hamby is readying for a series of out-of-this-world tests. And this time, he is the subject.

Hamby is a finalist in NASA&#8217;s educator astronaut candidate selection process. He travels to Houston next month for five days of intensive interviews and tests, including a full-body laser scan and a daylong psychological exam.

One test Hamby will undergo at the Johnson Space Center will scrutinize his aptitude for spatial relationships, hand-eye coordination, visual interpretation and ability to multi-task.

The retired Army major has taught physics, technology and Cisco Networking computer classes in Naples since 2000.

The educator astronaut program was founded last year. It&#8217;s a 21st century version of NASA&#8217;s Teacher in Space Project in the 1980s. Christa McAuliffe was selected as the first teacher/astronaut, with Barbara Morgan as her backup.

The 1986 Challenger disaster, which killed seven astronauts including McAuliffe, put the program on hold for more than 15 years. In 1998, NASA invited Morgan to join the astronaut office as the first educator astronaut. Morgan, who is awaiting a mission, will be joined by up to six educators next year, said Teresa Gomez, assistant manager of Astronaut Selection in Houston. Although finalists are still being selected, Hamby is the only Department of Defense Dependents Schools finalist of whom she is aware.

The 1,600 teachers initially applied in a separate process, but NASA combined them with 1,200 other astronaut applications since they all have to meet the same mission-specialist requirements, Gomez said. About 40 of the 120 finalists are teachers.

At 48, Hamby is 13 years older than the average candidate. The cross-country coach runs marathons, goes scuba diving, races sailboats and yachts, and drives a BMW motorcycle. He is a private pilot with more than 300 flight hours and 100 free-fall parachute jumps.

The former airborne Ranger&#8217;s r&#233;sum&#233; is impressive as it stands without &#8220;astronaut&#8221; on it. The Harvard graduate was a satellite imagery intelligence officer, who taught economics and finance at West Point, and later sold imagery commercially.

He and his wife of 24 years, Janice, a Navy captain, are used to being separated by duty. In 1994, she became the first woman to report to the USS Eisenhower.

If chosen, Hamby will spend about a year training in Houston before becoming a full-fledged astronaut.

Janice Hamby said her husband&#8217;s qualifications make him the ideal candidate: He understands service to country (as both a servicemember and a spouse), and he is committed to children.

&#8220;He gave up a very lucrative job in satellite imagery sales so he could go into teaching because he realized he was not getting the kind of reward out of that job that he could get by working with kids,&#8221; said Janice Hamby, commanding officer of Naval Computer and Telecommunications Area Master Station. &#8220;This brings it all together: service to country, service to youth.&#8221;

In February, Hamby finds out whether he has the right stuff.