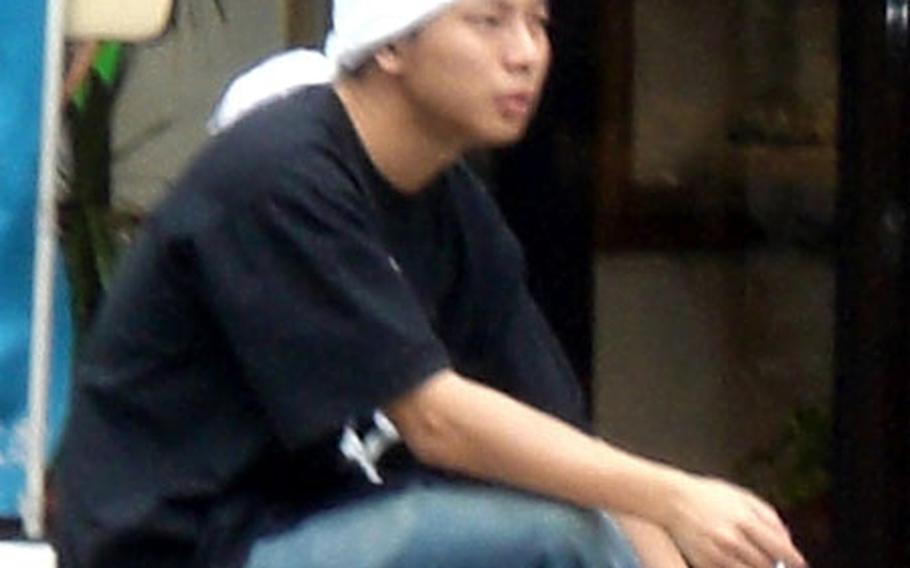 Smoking on Naha&#39;s Kokusai Street will be restricted by a newly enacted city ordinance, which goes into effect April 1. (Chiyomi Sumida / S&S)

Beginning April 1, smoking while outside will be illegal in the capital of Okinawa, especially along Kokusai Street, the island&#8217;s most popular shopping and entertainment district.

On Christmas Day, the Naha City Council unanimously passed a bill to ban smoking on all city streets. The ordinance is the first of its kind on Okinawa. It bans smoking while walking or loitering outside, as well as smoking while riding motorcycles and bicycles in the city.

After a two-year grace period that will give smokers a chance to get used to the new way of life, the fine for smoking in public will be at maximum 10,000 yen, about $87.

The ordinance urges people not to smoke on streets, in parks or in public facilities, except in designated areas. Kokusai Street probably will be the first targeted zone, said Shiko Sakiyama, deputy chair of the committee that drew up the new law.

&#8220;Passage of the bill will greatly contribute to improving the manners of smokers and beautifying the city,&#8221; he said. It also will protect people from health problems caused by secondhand smoke and prevent burns and fires caused when people flick away burning cigarettes, he added.

Success of the smoking ban relies on getting the word out and enforcement, Sakiyama said.

&#8220;We expect the city administration to ensure enforcement of the ordinance by making efforts to publicize the regulation and educate its citizens,&#8221; he said.

Members of the Naha Kokusai Shopping Street Federation are skeptical about the effectiveness of the ordinance.

&#8220;We certainly welcome the ordinance,&#8221; said Yoshihide Tamanaha, director general of the federation. &#8220;Yet, there are some problems that need to be solved. It will be difficult to completely ban smoking along the entire shopping street.&#8221;

He said his group would ask the city administration to establish designated smoking corners in the area.

Another problem is how to keep visitors informed of the regulation &#8212; the area is a popular destination for tourists and Americans associated with the U.S. military.

&#8220;It will certainly be difficult for storekeepers or employees to warn them,&#8221; Tamanaha said.

The ordinance is similar to a law passed in Tokyo in 2002 that designates outdoor zones where smoking is prohibited. But it&#8217;s a tough law to enforce in a country where one in four people smoke and almost half of male smokers go through a pack a day, according to a 2005 survey by Japan Tobacco Inc.