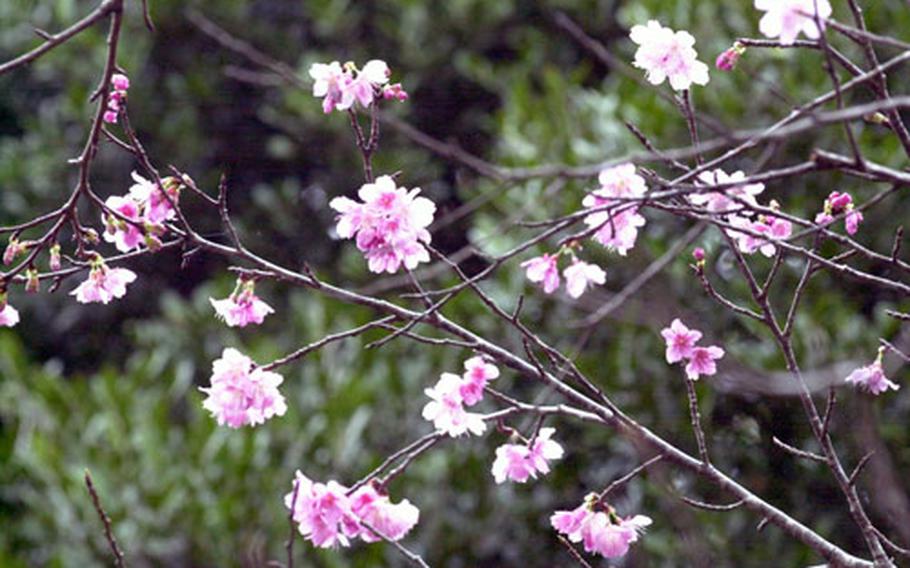 A cherry tree on a hillside overlooking Nago shows off its brilliant pink blossoms. Thousands visited Nago over the weekend for its annual Cherry Blossom Festival. (Fred Zimmerman / S&S)

A cherry tree on a hillside overlooking Nago shows off its brilliant pink blossoms. Thousands visited Nago over the weekend for its annual Cherry Blossom Festival. (Fred Zimmerman / S&S) 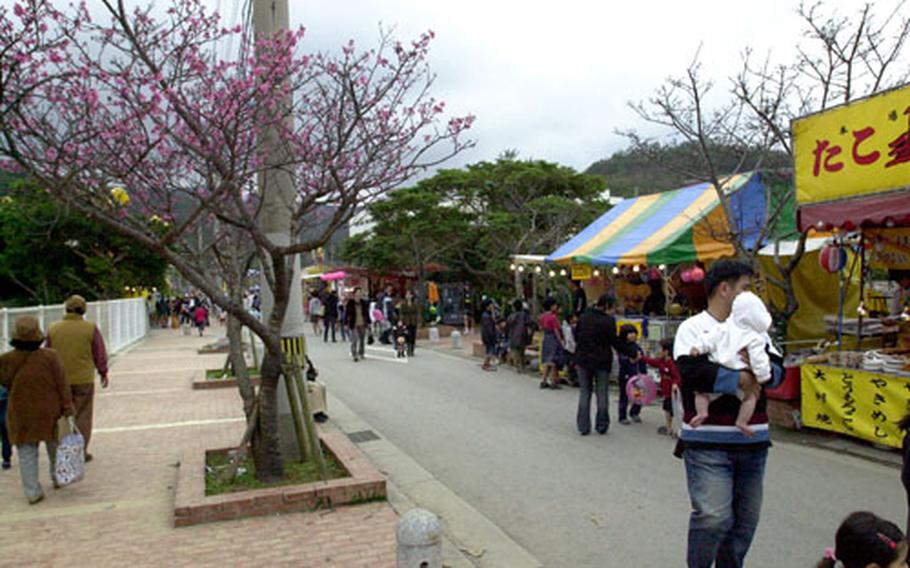 The cherry trees lining the street where the Nago Cherry Blossom Festival is held are just beginning to bloom. (Fred Zimmerman / S&S)

NAGO, Okinawa &#8212; Mother Nature once again had the last laugh: Not even half of the 20,000 cherry trees here bloomed in time for the largest festival on the island celebrating their annual blossoming.

Clusters of pink still could be seen, though, throughout Nago Central Park&#8217;s hillside during the 43rd Nago Cherry Blossom Festival this weekend. But the show of natural beauty was sporadic: Most of the 20,000 trees were just starting to grow buds, yet alone enter full bloom. The trees run from the city center up a hill to the ruins of Nago Castle.

The annual festival in Nago typically draws more than 250,000 visitors. A similar festival was held a week earlier at Mount Yaedake in nearby Motobu, where 7,000 trees line both sides of the road leading to the mountaintop.

The Nago and Mount Yaedake festivals kick off the month-long cherry blossom season. The blooms of the Okinawa Hikansakura cherry trees are heartier than the trees on mainland Japan.

The Okinawa trees&#8217; display lasts about a month; the mainland cherry blossoms last roughly one week. Okinawa&#8217;s blossoms also are a darker pink and smaller than their whitish-pink mainland counterparts.

The blossoms in both Okinawa locations should paint the scenery pink at least through mid-February.