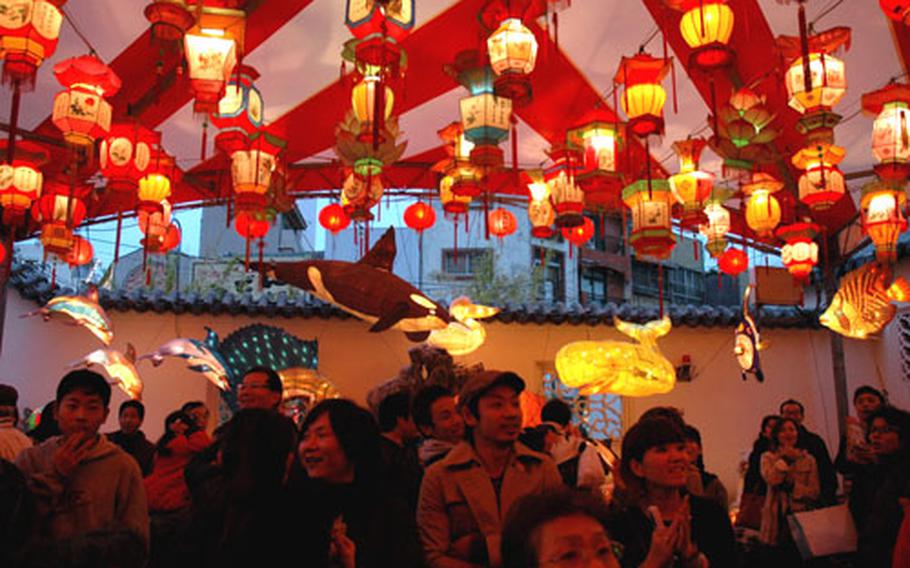 People celebrate as the lanterns are lit Sunday evening for the first time during Nagasaki&#39;s two-week celebration of Lunar New Year. The festival runs each evening through March 4. (Teri Weaver / S&S)

People celebrate as the lanterns are lit Sunday evening for the first time during Nagasaki&#39;s two-week celebration of Lunar New Year. The festival runs each evening through March 4. (Teri Weaver / S&S) 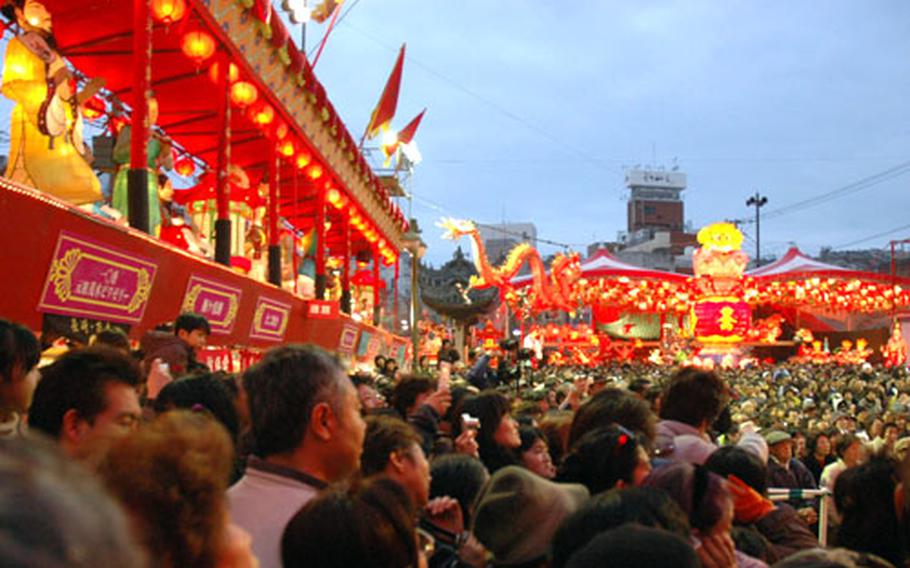 Each evening for two weeks the city of Nagasaki lights 12,000 lanterns and other luminarias to honor the Lunar New Year. (Teri Weaver / S&S) 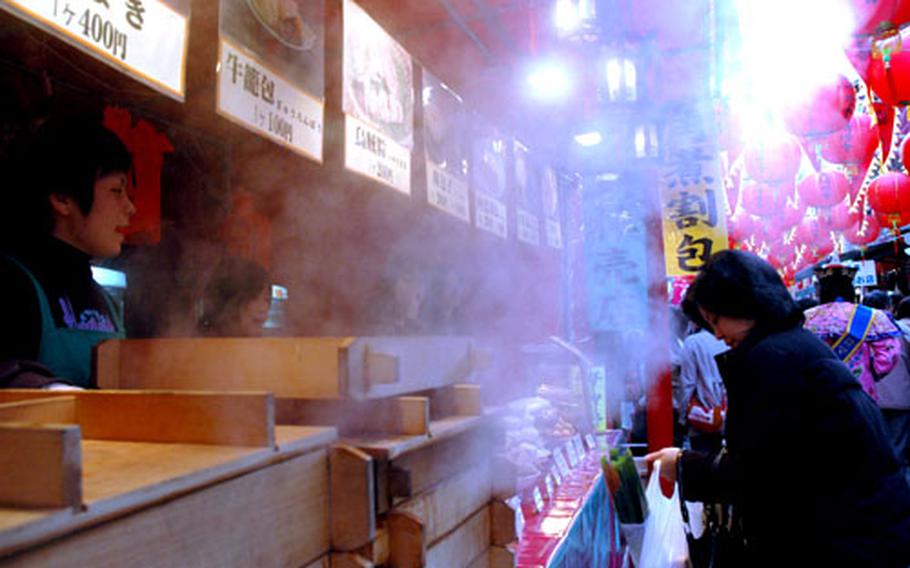 NAGASAKI, Japan &#8212; According to Chinese astrology it is the year of the boar, an honest, patient and shy creature, sometimes mistaken as aloof but who collects a small but loyal group of friends.

But if you&#8217;re in the southern part of Japan during the next two weeks, a trip to Nagasaki&#8217;s Lantern Festival provides another good beginning to the Lunar New Year.

Nagasaki, on Japan&#8217;s Kyushu island, was the only port in Japan that remained open for foreign trade during the Edo shogunate, 1600 to 1867. During the isolation, the city barred its shores to all but Chinese and the Dutch. The foreigners were allowed to live in certain quarters of the city, which today are called Dejima and Chinatown.

Now, all of Nagasaki celebrates the Lunar New Year, and welcoming the year 4,705 on the Chinese calendar started Sunday and goes through March 4.

Most of the festivities are around Minato Park, in the heart of Chinatown. Vendors line the alleys, selling steamed buns full of meat and desserts decorated with sesame seeds. Most restaurants keep normal hours, not opening for dinner until 5 p.m., so crowds line up waiting for a table.

And around 6 p.m. each evening, the city turns on 12,000 lanterns that dangle above the streets. The lighting is followed by concerts, dances and other performances.

Know and go ...What: The Nagasaki Lantern Festival runs through March 4. The celebration includes a lighting ceremony each evening about 5:30 p.m., followed by drum performances, acrobats and dancing at various areas throughout the city. Expect large crowds at dusk, when the festivities begin.

Where: Nagasaki is about 30 miles south of Sasebo. The USO at Sasebo Naval Base has an English-language schedule and maps. Or you can stop by the tourist office at Nagasaki station for help.

By Train: From Sasebo, take the JR Omura line to Nagasaki. It is 1,600 yen and takes almost two hours.

By Car: Enter the Nishi Kyushu Highway from Minato Guchi in Sasebo and get off the highway at Takeo I.C. and follow Nagasaki Jidoshado to Nagasaki. The highway costs 2,000 yen. The drive takes about 90 minutes.