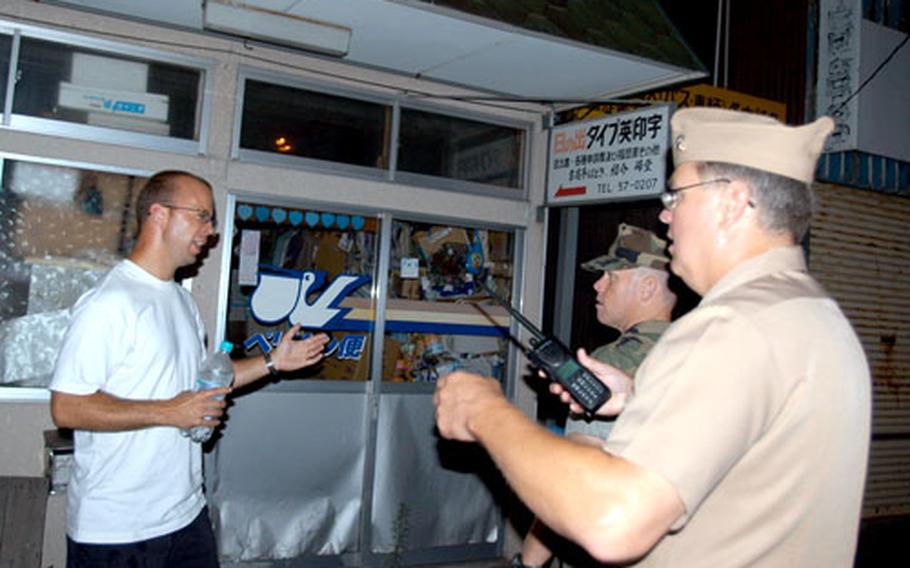 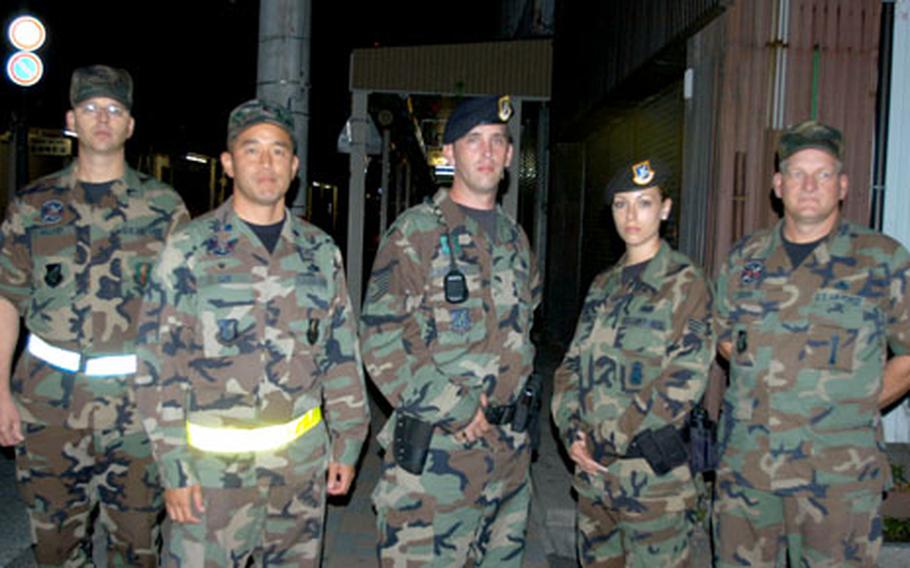 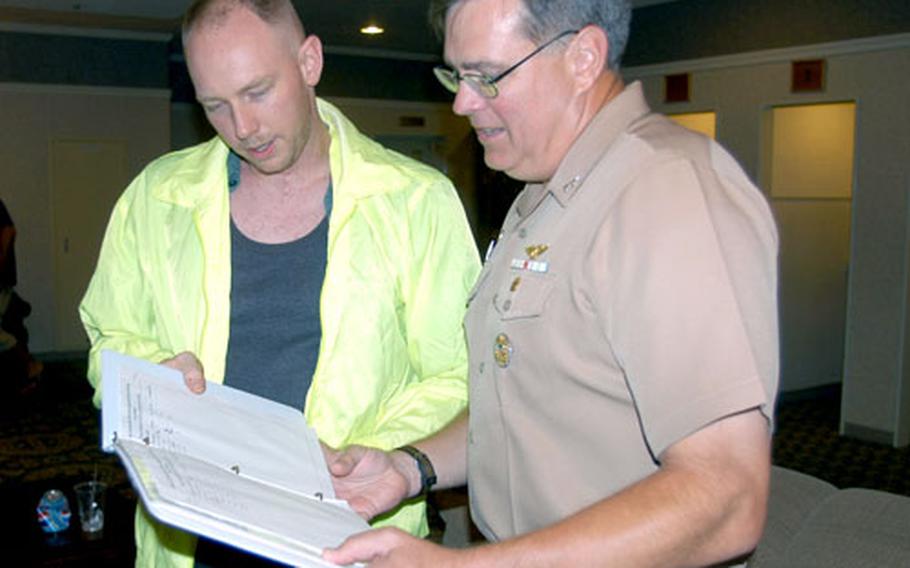 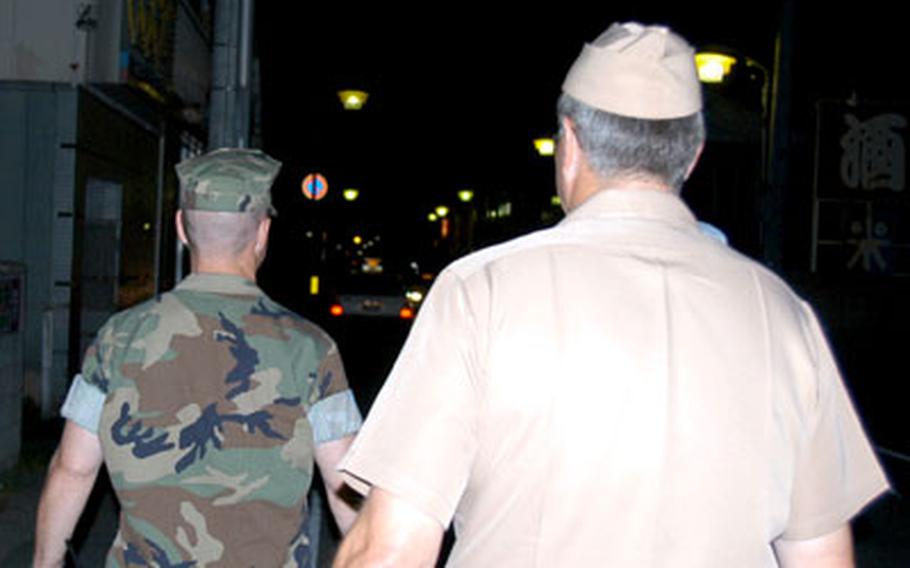 MISAWA, Japan &#8212; All the ingredients were there: Payday week, end of an exercise, a near full moon and a weekend summer festival outside the gate.

Capt. Wayne Radloff thought it was time he paid his sailors a visit &#8212; in the wee hours of Sunday morning in Misawa&#8217;s downtown bar district.

With Petty Officer 1st Class Thomas Perkins, a master-at-arms, at his side, Radloff hit the streets after midnight Saturday for one of his town patrols. His routine usually includes a stop at the Tohoku Enlisted Club to check on sailors there before heading off base to walk by the bars where Americans typically congregate &#8212; and sometimes get into trouble.

Dressed in his khakis, the captain turned heads everywhere he went, from the enlisted club lobby to the poorly lit alleyways downtown. At the enlisted club, a young man in civilian clothes signed a &#8220;shhh!&#8221; when Radloff walked in and immediately disappeared with his buddy.

Radloff insists his mission isn&#8217;t to discourage fun or make his sailors feel guilty for drinking. But he is serious about responsible behavior and for some, &#8220;I want to put the fear of God in them&#8221; and get them to think twice about acting recklessly or breaking a law, he said.

Radloff and Perkins headed out the main gate around 2 a.m., meandering through alleyways and side streets still littered with debris from the Misawa Summer Festival earlier.

Among the bars on their walk-by list were Red Dawgs, Garos, J-Draw and The Vault.

While in uniform, Radloff won&#8217;t go inside a drinking establishment unless invited by the manager or owner.

Along the way, he ran into barhopping servicemembers. He recognized several, stopped and talked with them for a few minutes, asked them how their night was going. If they were drinking, he told them to be safe and asked if they had a driver.

Despite the lunar cycle &#8212; Radloff swears a full moon alters behavior &#8212; it was a quiet night for the Navy.

&#8220;Tonight was a good night,&#8221; he said, as he and Perkins wrapped up the evening close to 4 a.m. Radloff typically ends his town patrols with a walk-through of the Navy barracks and Caf&#233; Mokuteki.