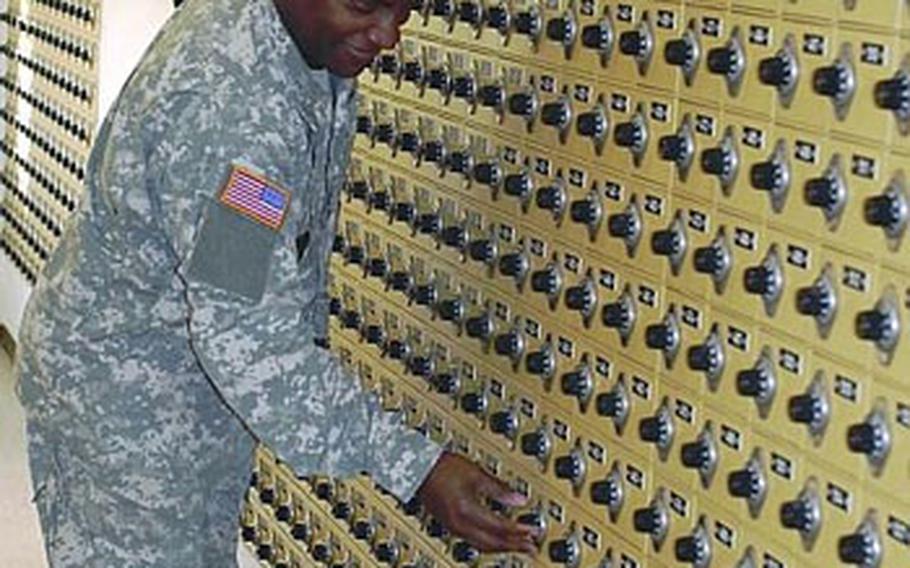 Army Master Sgt. Johnnie Davis with the 7th Civil Support Command checks his mail Monday at Daenner Kaserne in Kaiserslautern, Germany. A mistake at a U.S. Postal Service center in New York City is causing delivery delays in mail that was sent from the States to Europe in November. (Photos by Mark Abramson/S&S)

Army Master Sgt. Johnnie Davis with the 7th Civil Support Command checks his mail Monday at Daenner Kaserne in Kaiserslautern, Germany. A mistake at a U.S. Postal Service center in New York City is causing delivery delays in mail that was sent from the States to Europe in November. (Photos by Mark Abramson/S&S) 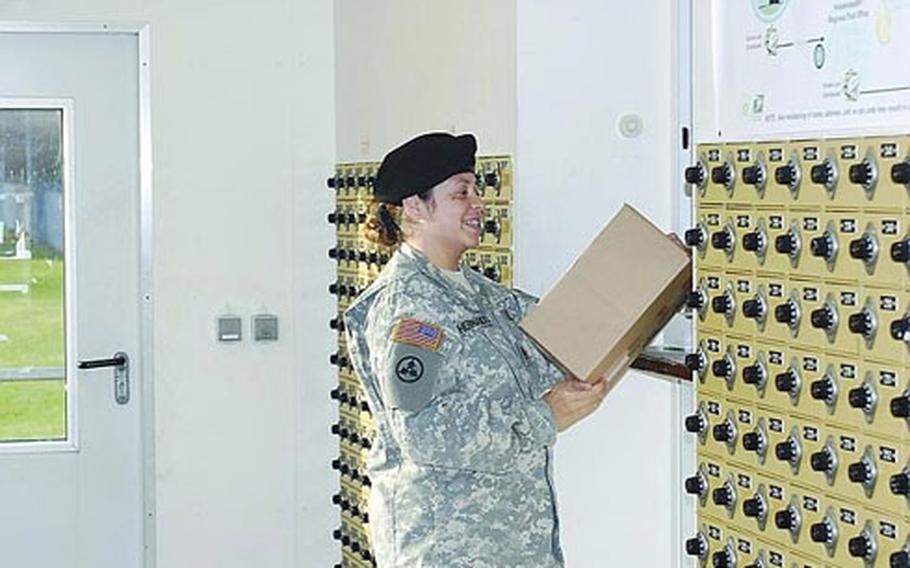 Army Staff Sgt. Estela Hernandez with the 486th Movement Control Team picks up her mail at Daenner Kaserne in Kaiserslautern, Germany, on Monday. ()

A big mistake in the Big Apple is causing major delays in mail delivery to servicemembers and civilians in Europe.

The foul-up occurred at a New York City postal center, and it is causing a 30-day delay in the arrival of all first-class mail sent to Europe in November.

Mail was inadvertently sent as standard rate via surface containers on ships rather than first-class by air.

When the mail comes by ship, it takes seven to 12 days for the ship to cross the ocean, and at least another six days for its mail cargo to arrive at its destination from the port. It also takes time for mail personnel to meter and process the mail in the States, White said.

IMCOM-Europe officials said they first learned about the error via interactive customer evaluation cards; it affects mail sent only to Europe.

There was a spike of people complaining on the cards that their Netflix movies were taking a long time to arrive, White said. IMCOM noticed those complaints in the past seven to 10 days and started looking into it, he said.

"The military didn&#8217;t do this, but our customer base, they are the recipient of this error, so it is in our best interest to communicate to folks," White said. "We have verified that much of these (mailed) items have already arrived in theater, but have no way of ruling out whether any remaining items of first-class mail may arrive via surface container in the coming days."

Military Postal Service Agency and U.S. Postal Service officials are working together to ensure that this sort of mistake does not happen again, White said.

At Landstuhl Regional Medical Center, mail supervisor Dave Miller said he learned that something was awry from complaints about late Netflix arrivals.

Miller said he looked into it and notified LRMC personnel about the mistake by e-mail, but people were peeved at the prospect of their Netflix movies and other mail arriving so late.

"It was reported to us by the postal operations directorate that this happened and they issued us a notice," Miller said. "It was something that would have been cleared up right away [when it was discovered]."