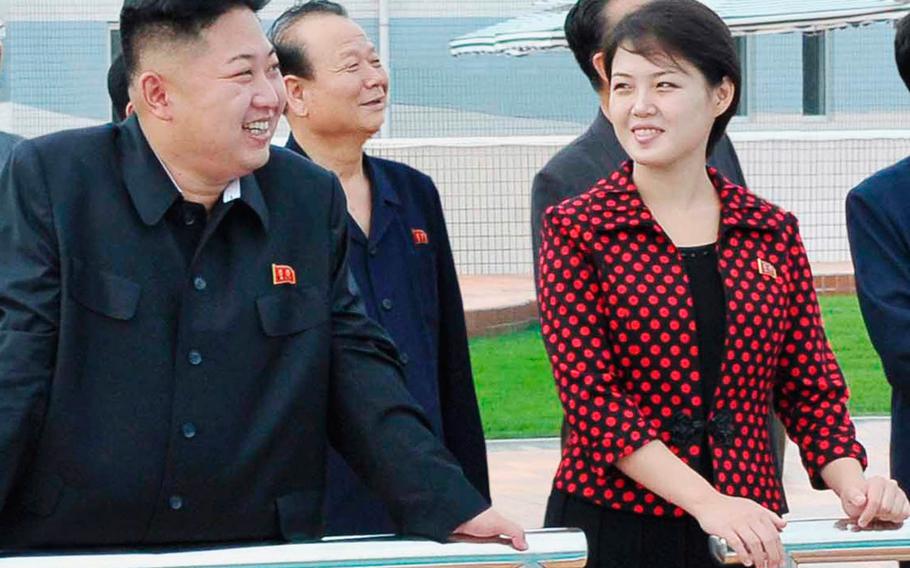 North Korean leader Kim Jong Un, left, may promote his youngest sister, Kim Yo Jong, right, to a ministerial-level post as he moves to consolidate power during the ruling party congress that begins Friday, May 6, 2016, experts said. (Courtesy of KCNA)

The 7th Workers’ Party Congress — the first in 36 years — is expected to last three days, It comes against the backdrop of rising international tensions after the North staged its fourth nuclear test in early January, followed by a long-range rocket launch and other attempted missile tests despite harsh new U.N. sanctions.

Kim has given little hint of what he plans for the congress. But the 33-year-old leader is expected to use the chance to put his stamp on power and extinguish doubts about his lack of experience and military credentials after inheriting power from his father, who died of a heart attack in late 2011.

North Korea watchers say one possibiluty would be promoting his youngest sister, Kim Yo Jong, who is one of his closest confidantes.

State-run media identified Kim Yo Jong as a deputy director of the party’s propaganda and agitation department in November 2014, signaling her growing role in the family dynasty. Their father and former leader Kim Jong Il was seen as relying on his sister during his 17-year rule.

Yang Mu-jin, a professor at the University of North Korean Studies in Seoul, said Kim Yo Jong has taken on increased responsibilities in promoting her brother’s image to shore up the cult of personality that is pivotal to the third-generation leader’s hold on power.

“She is the only one who Kim Jong Un has been depending on and trusting,” he said. “I think she is likely to be promoted to a ministerial-level post.”

Michael Madden, who runs the authoritative North Korea Leadership Watch website, also said Kim’s youngest sister has gained influence and could be part of a reshuffling of the ruling apparatus to include more “millennial members” who are closer in age to the leader.

Kim Jong Un was not even born when the last congress was held in 1980. That meeting was used to elevate Kim Jong Il as heir-apparent to North Korea’s founding father, Kim Il Sung.

The question of succession may be on the younger Kim’s mind despite his relatively young age. He gained power only after his older half-brother fell out of favor, and there has been speculation that he faced resistance because of his youth in a Confucian society that prizes experience. His health also has been questioned because of his weight.