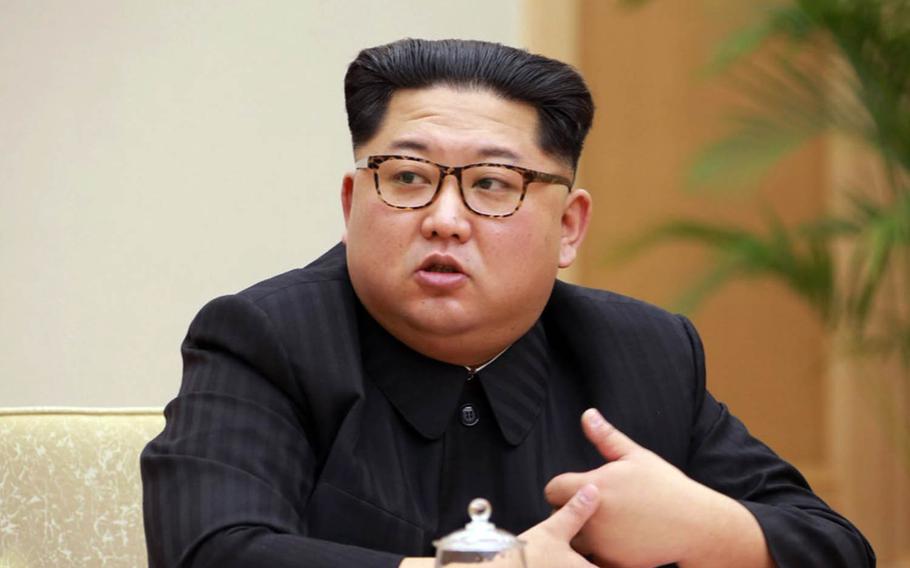 SEOUL, South Korea — North Korean leader Kim Jong Un made his first publicly reported comments about talks with the United States as plans move forward for a summit expected to be held within weeks.

President Donald Trump offered a timeline Monday, saying the summit would be held in May or early June, but the communist state had largely maintained silence on the issue after delivering an invitation via South Korean envoys.

That raised concerns about the North’s sincerity in holding what would be its first-ever summit with a sitting U.S. president. However, Kim briefed top ruling party officials Monday, giving them his “profound analysis and appraisal” of prospects for future dialogue with the United States, according to the state-run Korean Central News Agency.

The KCNA report didn’t specifically mention plans for a summit with Trump, but it comes on the heels of confirmation that Washington and Pyongyang have been in contact and the North has said it’s ready to discuss its nuclear weapons program.

Kim spoke at a meeting of the politburo of the ruling Workers’ Party’s Central Committee, which approved a budget for the year that’s to be presented to parliament, due to convene Wednesday, KCNA said.

It added that the leader mentioned his upcoming summit with South Korean President Moon Jae-in, which is to be held on April 27 in the truce village of Panmunjom in the heavily fortified border that divides the rival nations.

He then discussed the “prospect of the (North Korean)-U.S. dialogue and set forth the strategic and tactical issues” to be maintained by the party, KCNA said.

The comments come as diplomatic efforts to resolve the nuclear crisis moves forward with surprising speed after the North agreed to join the Olympics, opening the door for the first formal talks with Seoul in more than two years and reducing tensions that had spiked after months of saber-rattling and missile and nuclear tests by the North.

South Korean envoys who met with Kim in Pyongyang then said he had invited Trump for talks as soon as possible and was willing to discuss denuclearization. Trump surprised the international community by quickly agreeing to meet.

Trump administration officials reportedly said Sunday that they have confirmed via direct contact with the North that Kim is willing to discuss the denuclearization of the Korean Peninsula.

Experts have warned against raising expectations for the outcome of the meeting, noting the sides still have major differences, including the definition of denuclearization.

U.S. administrations have long insisted that the North must agree to abandon its nuclear weapons before talks could be held. But Pyongyang has argued that its nuclear program is meant for self-defense and it would be willing to give it up if the Americans do the same.