N. Korea warns it can launch ICBM ‘anytime and anywhere’ 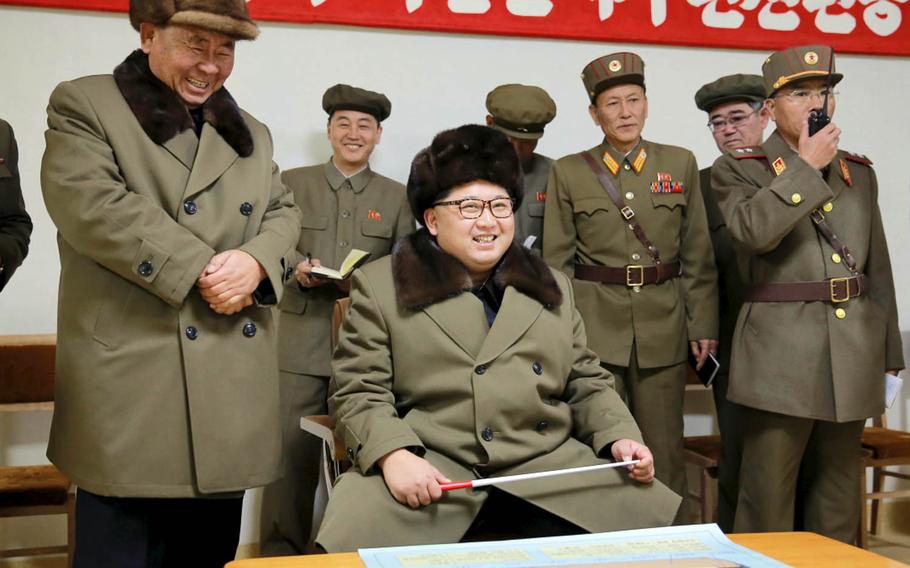 North Korean leader Kim Jong Un is pictured in this undated photo from the Korean Central News Agency. The communist nation claims it can launch an intercontinental ballistic missile at any time. (Courtesy of KCNA)

North Korean leader Kim Jong Un is pictured in this undated photo from the Korean Central News Agency. The communist nation claims it can launch an intercontinental ballistic missile at any time. (Courtesy of KCNA) 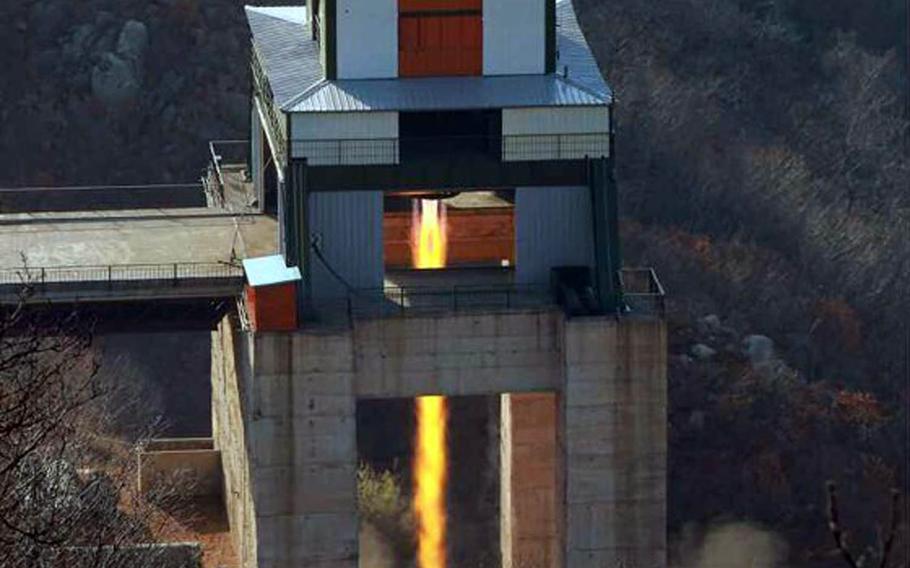 SEOUL, South Korea — North Korea warned it can launch an intercontinental ballistic missile “anytime and anywhere,” the latest salvo in a war of words over the communist state’s nuclear-weapons program.

That prompted U.S. President-elect Donald Trump to respond by tweeting: “It won’t happen!”

KCNA, quoting a spokesman for North Korea’s Foreign Ministry, stepped up the threat.

“The ICBM will be launched anytime and anywhere determined by the supreme headquarters of [North Korea],” the news agency reported.

It didn’t mention Trump by name but appeared to allude to his incoming administration, which has yet to issue a clear policy on dealing with the communist foe.

“Anyone who wants to deal with [North Korea] would be well advised to secure a new way of thinking after having clear understanding of it,” KCNA said.

The message blamed the U.S. for antagonizing Pyongyang and forcing it to develop the long-range weapon in what it insists is self-defense.

It also denounced remarks by U.S. Deputy Secretary of State Antony Blinken, who said North Korea has shown a “qualitative improvement in their capabilities” and vowed that Washington would maintain sustained pressure and sanctions against the country.

It’s unclear how close the North is to achieving its goal of developing a nuclear-tipped ICBM that could reach the U.S. mainland. Experts have said Pyongyang could have one ready as early as 2020, but so far has displayed such a missile only during military parades and has not yet flight-tested one.

U.S. Defense Secretary Ash Carter promised to shoot down any missiles that threaten the U.S. or its allies, although he stressed that would not include missiles test-fired into the sea.

“We only … would shoot them down, and that is use an interceptive for that purpose, if it was threatening. That is, if it were coming towards our territory or the territory of our friends and allies,” he said in an interview this weekend on NBC’s “Meet the Press.”

South Korea’s Ministry of National Defense said Monday it is closely monitoring the possible launch of road-mobile KN-08 or KN-14 missiles. It also warned the North would face retaliation and harsher sanctions for any provocation.

So far a series of toughened U.N. and other international sanctions have failed to curb the isolated country’s nuclear ambitions.

South Korea’s Unification Ministry, which oversees inter-Korean affairs, called the warning an effort to persuade the U.S. to change its longstanding policies in dealing with the North, which rely heavily on sanctions and diplomatic pressure.

“It seems to have been put out as a means of pressure on the U.S. We see they have the intention of changing U.S. attitudes (toward Pyongyang) … and an intention to shift the blame on others when they stage future launches,” ministry spokesman Jeong Joon-hee told a media briefing.

Meanwhile, a high-profile North Korean defector said the regime hopes to complete development of an ICBM by the end of this year or early 2018.

“North Korea has set the goal of developing miniaturized nuclear weapons that can fit atop a missile capable of reaching the U.S. by the end of 2017 or early 2018 as it takes into account political transitions in South Korea and the U.S.,” Thae Yong-ho told the Yonhap news agency.

Thae, the former North Korean deputy ambassador to London who defected to the South last summer, also said the threat of a launch appeared to be a negotiating tactic.

“Whether North Korea test-fires an ICBM this year … will depend on Seoul and Washington’s response to this issue,” he was quoted as saying in the interview Sunday.