N. Korea still welcome at Olympics despite US terror designation 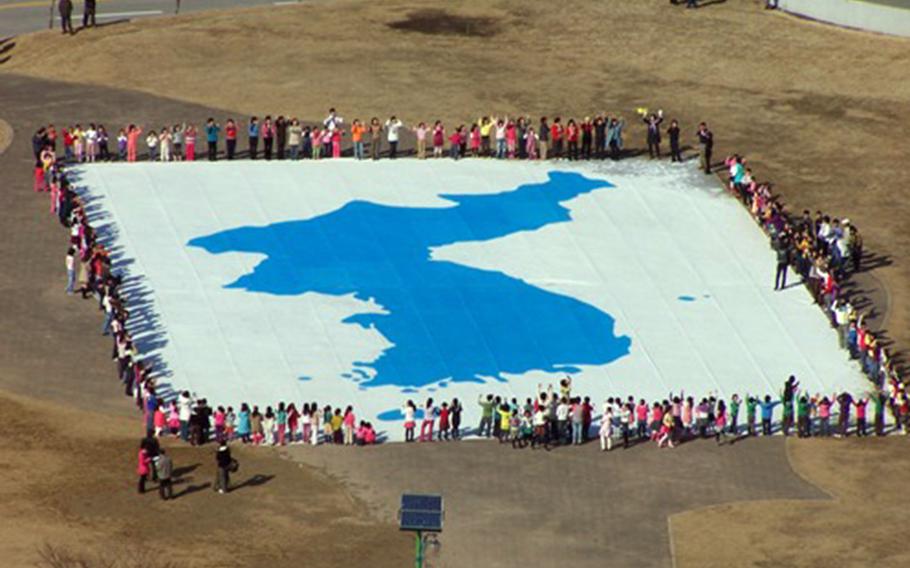 SEOUL, South Korea — North Korea is still welcome to join the 2018 Winter Olympics in South Korea despite President Donald Trump’s decision to put it back on the U.S. terrorism blacklist, the foreign ministry said Tuesday.

South Korea has been lobbying hard to persuade the communist state to participate in the Olympics, which will begin in February in PyeongChang, some 50 miles south of the heavily fortified border area. So far, the North has not responded, although its figure skating team has qualified to join the Games.

That has been complicated by rising tensions over North Korea’s nuclear weapons program, which organizers fear may keep spectators from traveling to the troubled peninsula. The International Olympic Committee has promised the Games will be safe.

Trump announced Monday that the United States is redesignating North Korea as a state sponsor of terrorism as part of his campaign to further isolate the regime and deprive it of funds.

South Korea’s foreign ministry welcomed the decision, calling it part of the international community’s joint efforts to pressure the North to return to the negotiating table and abandon its nuclear ambitions.

“It will contribute to a peaceful solution of the North Korea nuclear issue,” spokesman Noh Kyu-duk said at a press briefing.

He said the question of North Korea’s participation in the Olympics was a separate issue.

“I don’t think it has any special relationship with the PyeongChang Olympics,” Noh said. “Any country that has fulfilled the qualifications required by the International Olympic Committee may apply for participation … and naturally may join.”

The U.N. General Assembly has adopted a symbolic resolution urging all countries to stop fighting and observe a truce during the Winter Games.

Trump’s decision came despite arguments that the North did not meet the legal standard for supporting international attacks beyond the assassination of leader Kim Jong Un’s half-brother in February.

“In addition to threatening the world by nuclear devastation, North Korea has repeatedly supported acts of international terrorism, including assassinations on foreign soil,” Trump said as he announced the designation at the White House.

The North was on the list for about two decades but was removed in 2008 amid failed efforts to salvage so-called six party negotiations aimed at halting its nuclear efforts.

The president also promised a new wave of sanctions against Pyongyang, which will join Iran, Sudan and Syria on the blacklist.