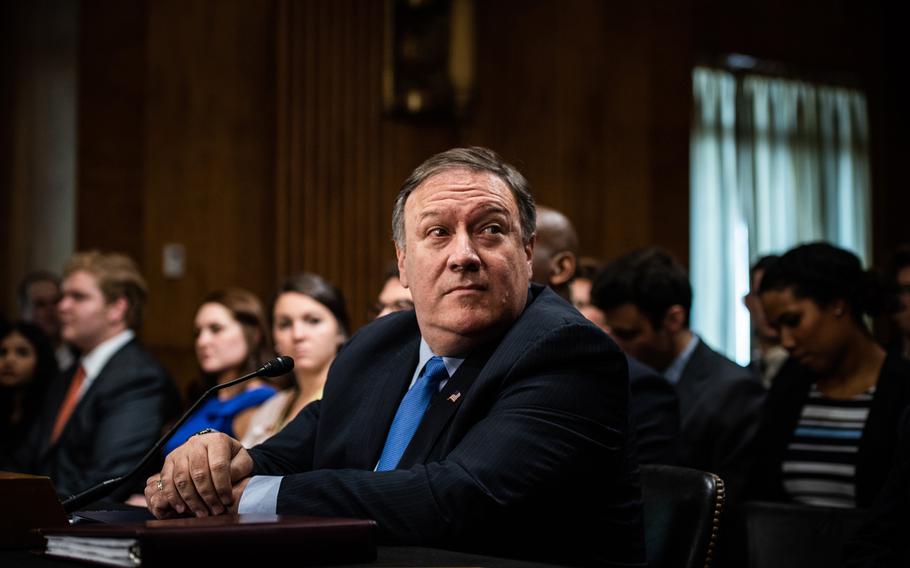 President Donald Trump remains upbeat about eliminating North Korea’s nuclear weapons although the communist regime has yet to shutter its nuclear program, the secretary of state has told Congress.

“Yes, they continue to produce fissile material,” Mike Pompeo said of the North in response to a question from Sen. Ed Markey, D-Massachussetts, during a hearing Wednesday before the Senate Foreign Relations Committee.

Pompeo, who earlier this month traveled to Pyongyang for the third time since April, said last week that the North Koreans reaffirmed their commitment to denuclearize during his most recent visit.

The pledge was one of several points made in a historic summit between Trump and Kim last month in Singapore that included an agreement to resume a long-stalled search for the remains of thousands of Americans believed lost in the North during the 1950-53 Korean War. The North is expected to hand over as many as 55 sets of remains on Friday.

“We are engaged in patient diplomacy, but we will not let this drag out to no end,” Pompeo told lawmakers on Wednesday. “Progress is happening. We need [Kim] to follow through on his commitments that he made in Singapore. Until North Korea eliminates its weapons of mass destruction, our sanctions, and those at the … United Nations will remain in effect.”

“Those resolutions were passed unanimously, and they remain binding. We absolutely need every single nation to maintain the enforcement of those sanctions to which every nation is committed,” he said. “The path ahead is not easy, but our hopes for a safer world and a brighter future for North Korea endure.”

Markey expressed concern that there is “no verifiable evidence that North Korea … is denuclearizing.”

“I am afraid at this point that the Trump administration is being taken for a ride,” he said.

The secretary of state declined to answer questions in public about whether North Korea is still trying to develop submarine-launched ballistic missiles and whether its nuclear program is advancing, Reuters reported.

Pompeo said he would answer in a classified setting if required, but that public statements on the issue wouldn’t help “a complex negotiation with a difficult adversary,” the report said.