N. Korea ready to attack after US ‘provocations,’ official says 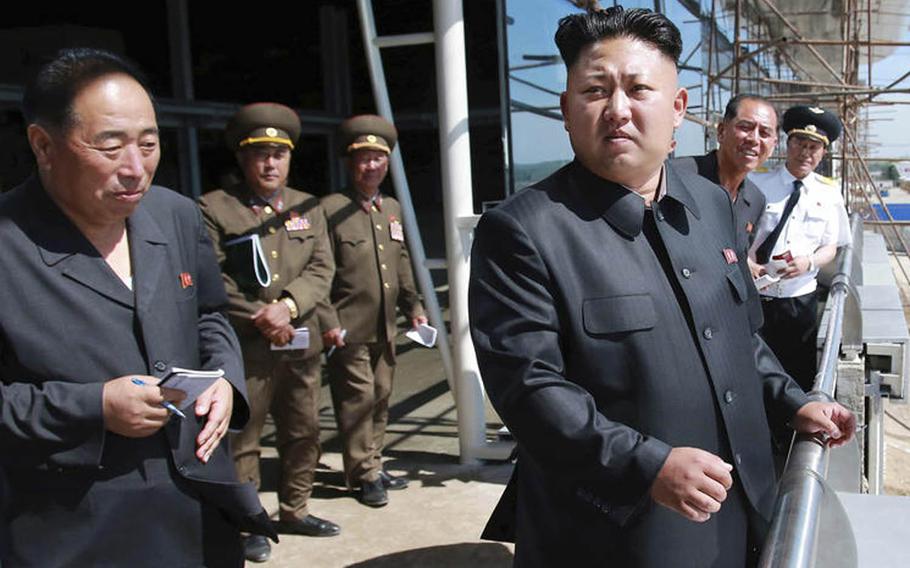 North Korean leader Kim Jong Un is seen in this undated photo released by the Korean Central News Agency. Washington and Seoul have called on the U.N. Security Council to take swift action to implement new sanctions against the North after the country's latest nuclear test. (Courtesy of KCNA)

The statement came after the U.S. flew two supersonic B-1B bombers over South Korea on Tuesday in a show of force and warned it would act to defend the peninsula.

Washington and Seoul also have called on the U.N. Security Council to take swift action to implement new sanctions against the North following its Sept. 9 underground blast.

“North Korea is ready to launch another attack in defiance of the provocations by the United States,” he was quoted as saying Thursday during a meeting of the Non-Aligned Movement in Venezuela.

He did not elaborate.

South Korea’s Ministry of National Defense has said it believes the North has the ability to conduct another nuclear test in an unused tunnel at its main testing complex.

The latest nuclear test was the most powerful of the five conducted since 2006. That and a series of missile tests this year have raised fears that North Korea is making faster-than-expected progress with its weapons programs.

Experts have said the communist country is still years away from developing a nuclear-tipped ballistic missile that could reach the U.S. mainland.

The response to the growing threat from North Korea is expected to be a major focus on the sidelines of next week’s U.N. General Assembly.

Secretary of State John Kerry will meet with his South Korean and Japanese counterparts to discuss the issue Sunday in New York, the State Department said.