N. Korea ratcheting up propaganda ahead of major exercises in South 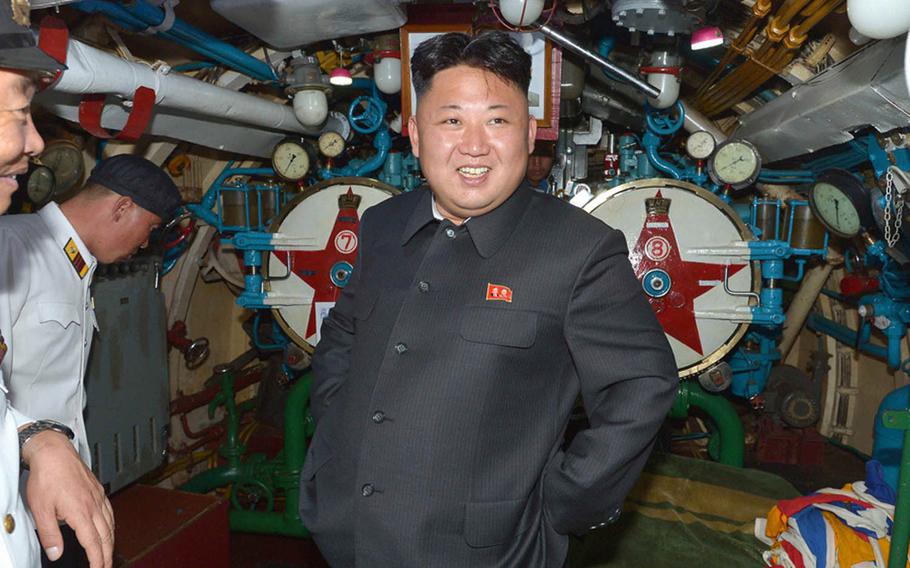 SEOUL, South Korea — North Korea is stepping up its propaganda campaign ahead of annual U.S.-South Korea war games next month, saying the peninsula is “on the verge of war.”

Such rhetoric is common from Pyongyang at times of crisis; the current standoff began with the North’s fourth nuclear test in January and shows no signs of easing. Pyongyang has carried out a series of missile tests in recent months and made repeated threats that it is ready to attack South Korea and U.S. bases in the Pacific while pursuing the capability to hit the American mainland with a nuclear-tipped missile.

South Korea accused Pyongyang of floating propaganda leaflets down the Han River earlier this week. The military discovered dozens of plastic bags, each carrying about 20 leaflets, near the river’s estuary, close to the tense Korean border last Friday, the South’s Defense Ministry said.

Police also have launched an investigation after nearly 200 lapel pins bearing the image of late North Korean leader Kim Jong Il turned up in a flowerbed near Incheon International Airport. Police recovered the coin-sized pins Thursday morning after a hotel employee reported there were North Korean propaganda leaflets in the flowerbed, said an officer who asked to remain anonymous.

Mere possession of the pins, which are mandatory accessories for all adults in North Korea, wouldn’t be considered a crime in the South; however, distribution of propaganda items would violate South Korea’s National Security Law, the officer said.

Kim Jong Il, who ruled North Korea from 1994 until his death in 2011, was the son of the country’s founder, Kim Il Sung, and the father of current leader Kim Jong Un.

The lapel-pin find comes a day after the 63rd anniversary of the signing of an armistice that ended fighting during the Korean War. Gen. Vincent Brooks, commander of U.S. Forces Korea, said during a Wednesday ceremony at the Demilitarized Zone that, without the armistice, many incidents that have happened over the years — such as the August maiming of two South Korean soldiers by a mine reportedly planted by the North just before the annual Ulchi Freedom Guardian exercises — could have reignited war on the peninsula.

“Without the agreement and its buffers, we would almost have certainly seen several of the provocations, the provocative border skirmishes of the past six decades, spread like wildfire into larger battles,” he said.

Ryol said recent U.S. actions — likely including a decision to station a Terminal High-Altitude Area Defense system, known as THAAD, in the southeastern region of Seongju — have put the peninsula on the verge of war, and that a vicious showdown could erupt if the U.S. and South Korea go ahead with annual war games planned for next month.

The leaflets contained threats to launch missile attacks and a repeat of the North’s long-running propaganda, such as claims that it won the 1950-53 Korean War, according to a ministry official quoted by the AP.

The propaganda incidents may be retaliation for South Korean propaganda broadcasts from loudspeakers at the border that resumed after North Korea’s fourth underground nuclear test in January. The North has been broadcasting its own propaganda across the DMZ and launching anti-South leaflets over the border via balloons, the AP reported.