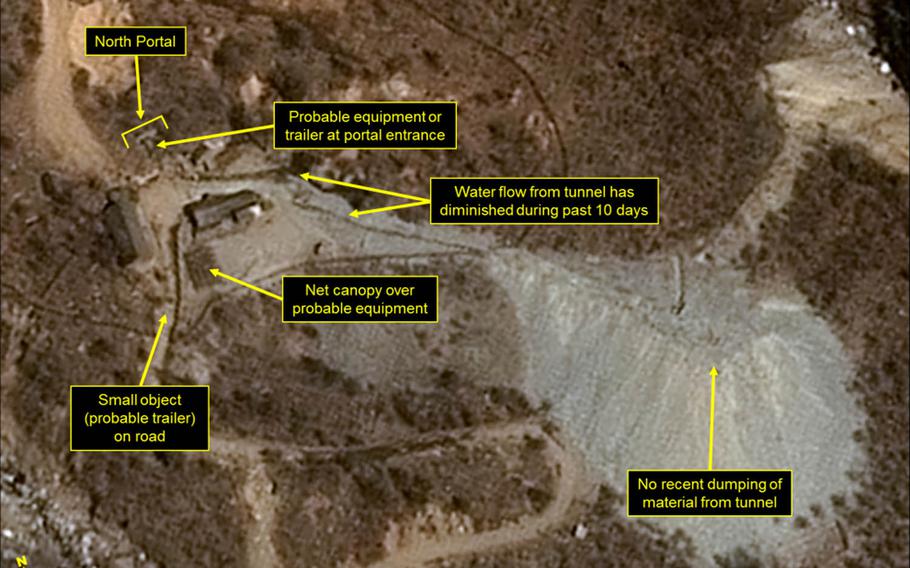 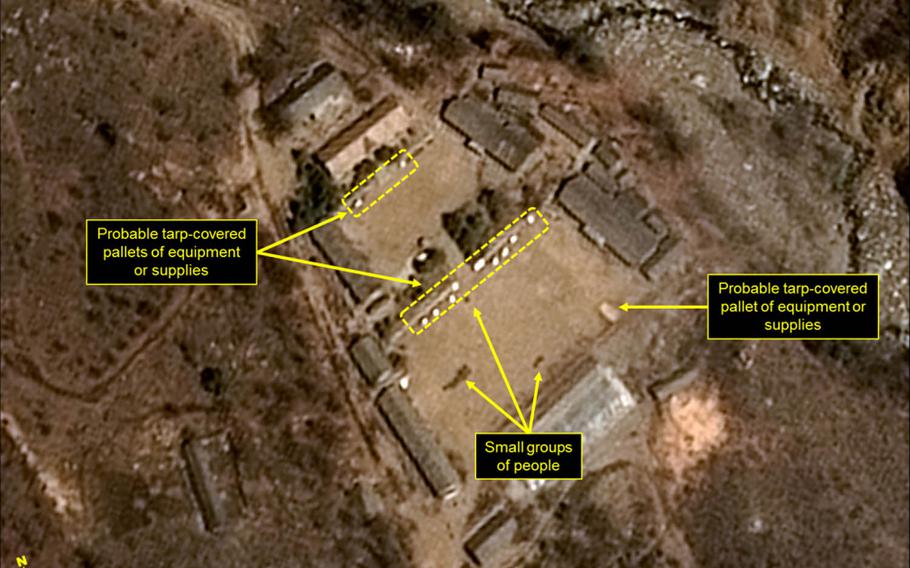 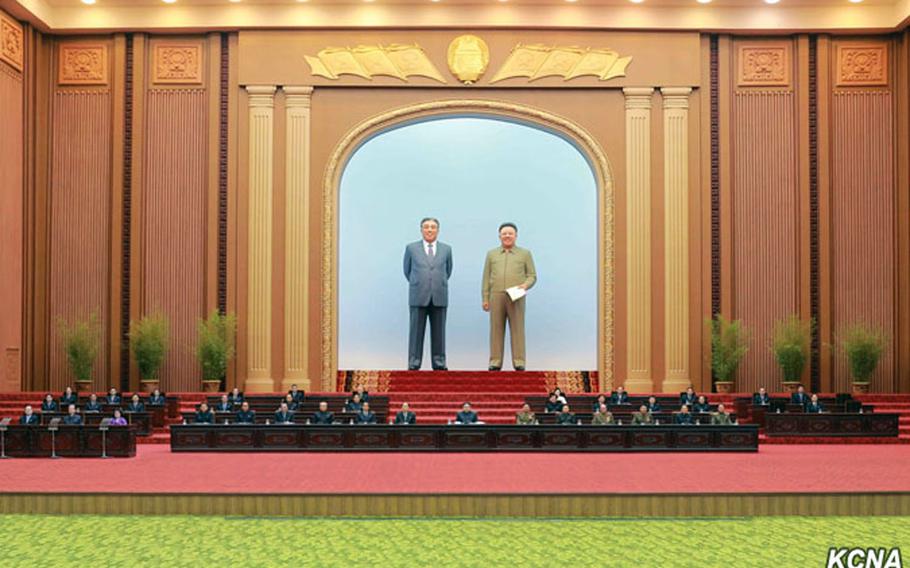 SEOUL, South Korea — New satellite images show that North Korea is “primed and ready” for a sixth nuclear test, a think tank said, amid escalating tensions as President Donald Trump has said he won’t rule out military action against the communist state.

Commercial satellite imagery from Wednesday showed new activity, including vehicles and people walking around or in formation at the North’s main nuclear testing site in the northeastern mountains, said the 38 North website that monitors North Korean activities.

About 11 tarp-covered pallets of equipment or supplies, a formation of personnel and several people walking about also were spotted in the main administrative area’s courtyard, according to the site, which is run by the U.S.-Korea Institute at Johns Hopkins University. The post was titled “North Korea’s Punggye-ri nuclear test site: primed and ready.”

Many U.S. and South Korean officials have predicted that the North may conduct its sixth nuclear test or another missile launch in connection with the 105th birthday of the communist state’s late founding father, Kim Il Sung, on Saturday.

South Korea’s military has detected “no unusual activity so far,” said Col. Roh Jae-cheon, a spokesman for the Joint Chiefs of Staff. Military officials have said in the past that North Korea is ready for another nuclear test if ordered by leader Kim Jong Un.

North Korea frequently stages weapons tests in connection with high-profile anniversaries such as the birth of the country’s founder, who also is the current leader’s grandfather. The North also will mark the anniversary of its army’s creation on April 25.

Pyongyang also has warned it’s prepared to retaliate if provoked after Trump diverted the aircraft carrier USS Carl Vinson and its accompanying ships back to waters off the divided peninsula. The show of force was aimed at deterring another provocation from the North, but analysts noted it could have the opposite effect.

The new U.S. president has not spelled out his plans for a new North Korea policy, but has issued a series of statements saying he will consider unilateral action and “all options” remain on the table, including military action.

Trump also has called on Chinese President Xi Jinping to do more to rein in its communist protégé and warned that the U.S. is prepared to act alone if necessary.

Xi told Trump in a telephone call Wednesday — less than a week after the leaders met in their first summit — that the North Korea issue should be solved through peaceful means, according to China’s state news agency Xinhua.

“In fact, the U.S. is working to reassure us that it will not, just in case that we might hold such concerns,” Foreign Minister Yun Byung-se said in a special report to a parliamentary committee, according to the Yonhap news agency.

North Korea has carried out five underground nuclear tests — one in 2006, 2009 and 2013, and two last year. It also has test-fired nearly 30 missiles. Most of the launches were considered failures, but experts say it is making clear progress toward its goal of developing a nuclear-tipped missile that could target the U.S. mainland.