N. Korea accuses US of ‘robbery’ for seizing cargo ship, demands its return 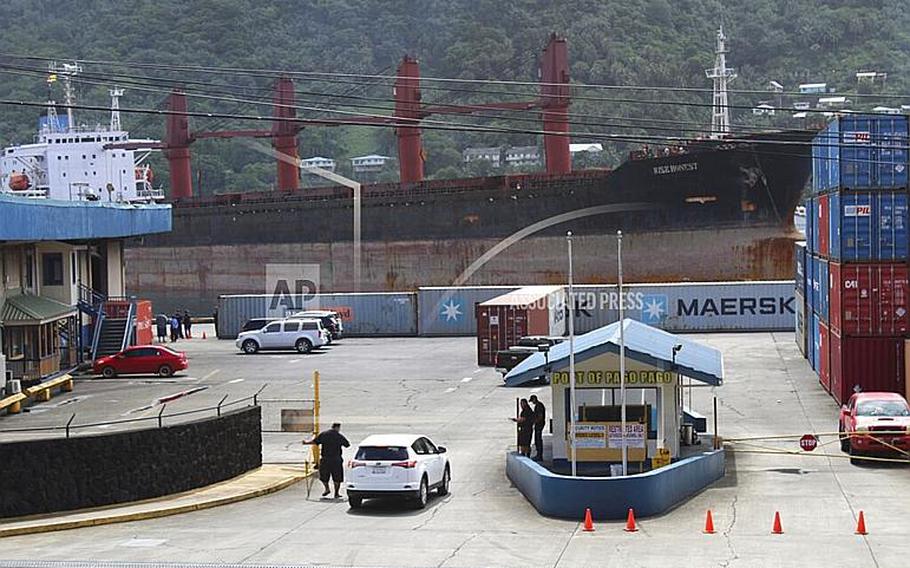 SEOUL, South Korea — North Korea on Tuesday accused the United States of “robbery” for seizing a cargo ship and demanded the vessel’s return in the latest sign of rising tensions that threaten to scuttle nuclear talks.

The Wise Honest — detained in April 2018 while en route to Indonesia — was towed to the U.S. territory of American Samoa over the weekend so it can be inspected. The U.S. Justice Department has said it suspects the ship was used to evade international sanctions.

“The U.S. should carefully consider what consequences will follow in the current situation following their flagrant robbery and return our ship without delay,” the ministry was quoted as saying in the state-run Korean Central News Agency.

American officials allege the ship was used to export coal and import heavy machinery in violation of sanctions, which were imposed to punish the communist state for its banned nuclear weapons program.

The North fired two short-range missiles into the sea on Thursday — the second such launch in five days — in what was seen as a warning that its patience was wearing thin over the lack of progress in talks since the second summit between the two countries collapsed without agreement in late February.

The ship’s seizure hits at one of the key sticking points, which is the North’s demands for a reciprocal approach to talks that includes sanctions relief in return for disarmament steps already taken.

The Trump administration insists on maintaining its policy dubbed “maximum pressure” until denuclearization is achieved.

“The strategy with North Korea hasn’t changed,” acting U.S. Defense Secretary Pat Shanahan said in an interview with Fox News that was broadcast Monday. “It’s a diplomatic one, but it’s about full denuclearization.”

“My job is to make sure that we’re prepared in the event diplomacy fails,” he added. “There’s no change to our force posture, our force preparation and our readiness.”

Trump and Kim agreed to a vague promise to work toward the “complete denuclearization of the Korean Peninsula” during their first summit on June 12 in Singapore but talks have since stalled due to stark differences over how to achieve that goal.