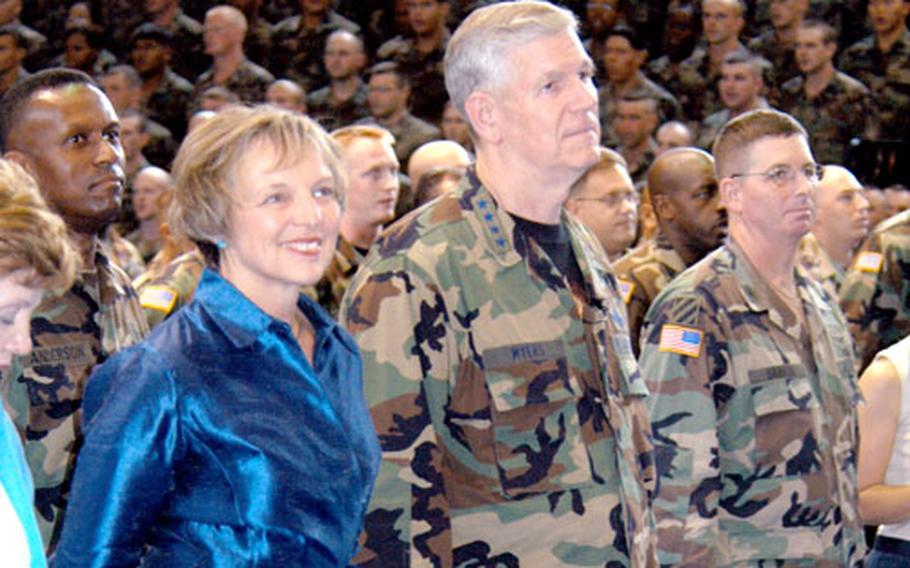 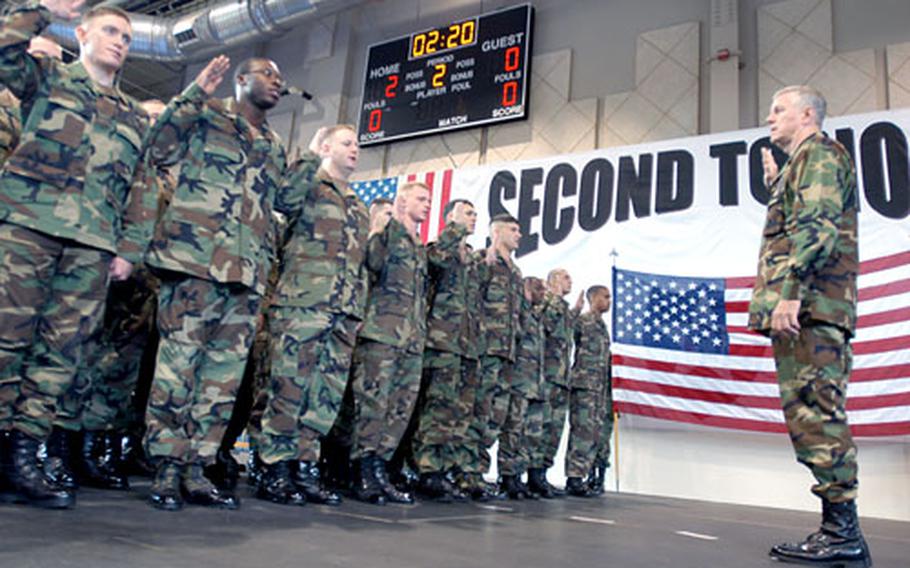 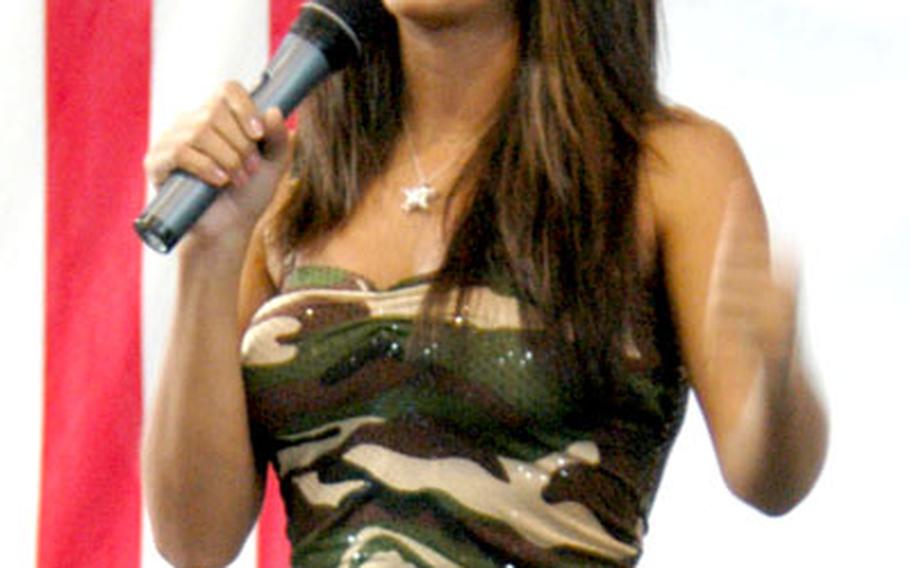 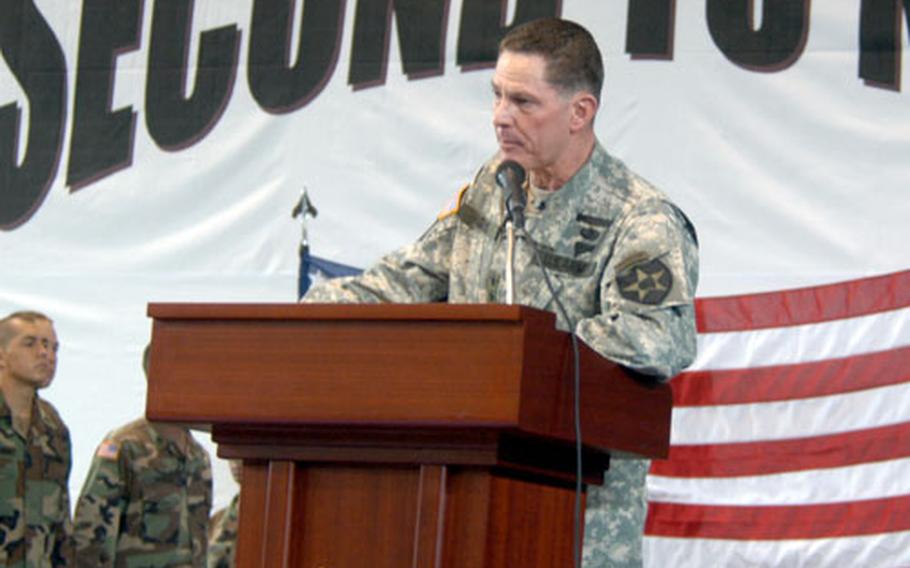 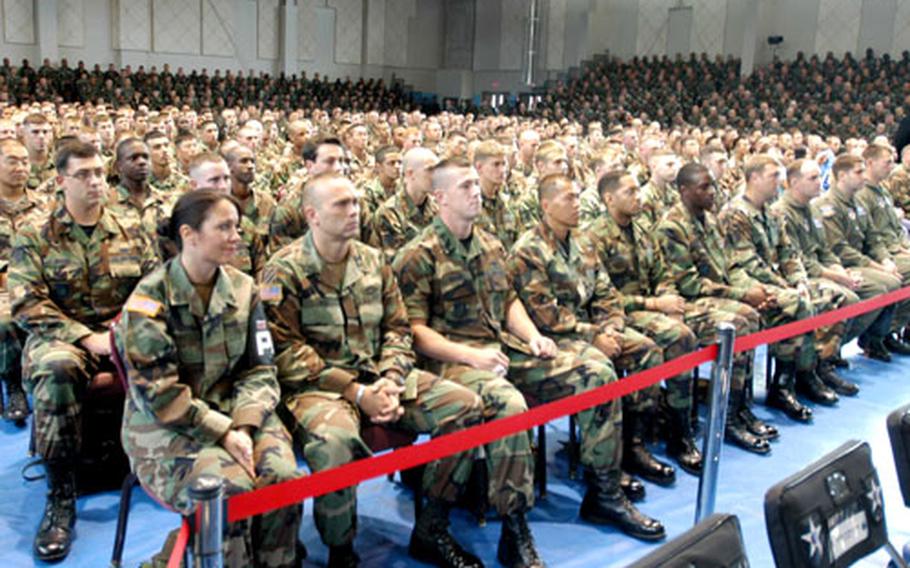 CAMP CASEY, South Korea &#8212; The &#8220;hooahs&#8221; were loud and enthusiastic from several thousand troops who packed the Carey Fitness Center on Sunday for a United Service Organizations show that featured an appearance by Air Force Gen. Richard B. Myers.

The chairman of the Joint Chiefs of Staff and four USO celebrities stopped in South Korea over the weekend as part of a 10-day whirlwind global tour that began last week in Germany.

Myers and his wife, Mary Jo, are visiting American troops to assess morale and thank them for their service.

The show, which has appeared in Kosovo, Kuwait, Iraq, Afghanistan and Djibouti, hit Osan Air Base and Camp Casey in South Korea on Saturday and Sunday and was headed for Yokota and Misawa air bases in Japan on Monday.

Three performances are scheduled in Hawaii and another at Elmendorf Air Force Base, Alaska, before the group returns to Washington.

Myers, who retires in September, took the stage before the Camp Casey USO show to re-enlist 45 servicemembers.

Myers thanked the troops for their service.

&#8220;We know you are a long way from home. Your nation has asked you to do some pretty amazing things.

The hardships endured by today&#8217;s soldiers are nothing new, Myers said, reminding the troops of the sacrifices made by soldiers who fought for America&#8217;s independence in the Revolutionary War in 1776.

The spirit of the troops he talked to in the Middle East when the USO show stopped there was unbelievable, he said.