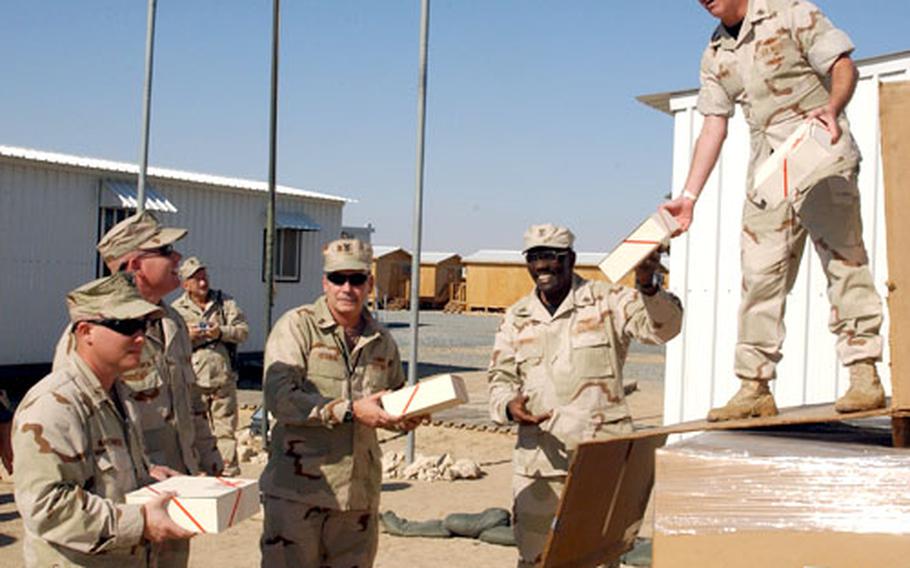 Sailors and Marines deployed to remote locations throughout the Middle East and Africa might be far from home during the holidays, but they&#8217;re getting a small gift to help cheer them up.

More than 3,000 packages packed with music CDs, phone cards, books and sunblock began arriving at the far-flung bases before Christmas as part of a stateside sponsorship drive.

The gifts are part of an annual Morale, Welfare and Recreation Department sponsorship drive that was started after the Sept. 11, 2001, terrorist attacks.

Volunteers from the base and members of the Petty Officer First Class Association helped prepare the boxes for distribution to places such as Kuwait, the Horn of Africa, Jordan, Iraq and Afghanistan.

Servicemembers deployed to Saudi Arabia, Egypt, United Arab Emirates and to oil terminals in the Persian Gulf also were to receive the gifts.

This is the third year of the drive, which was organized out of Millington, Tenn.

The program has grown larger every year.