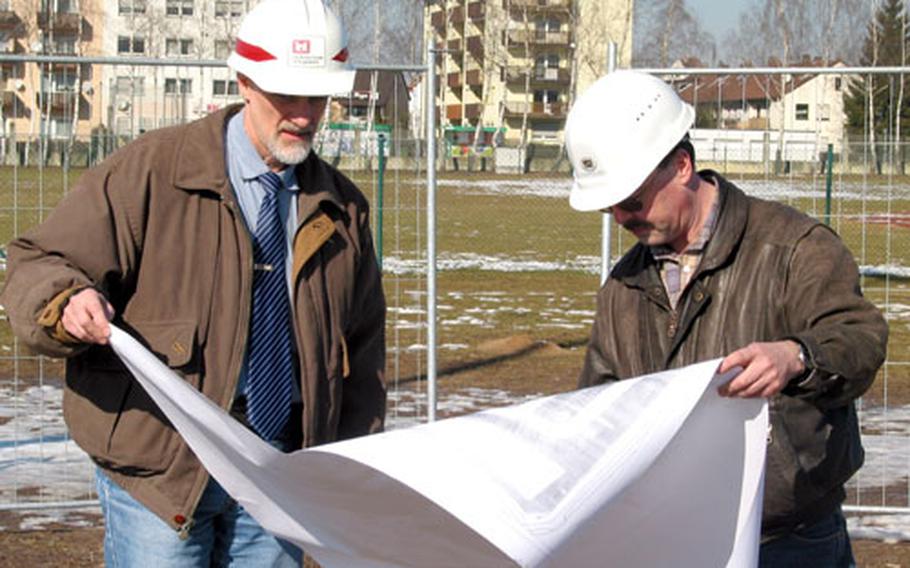 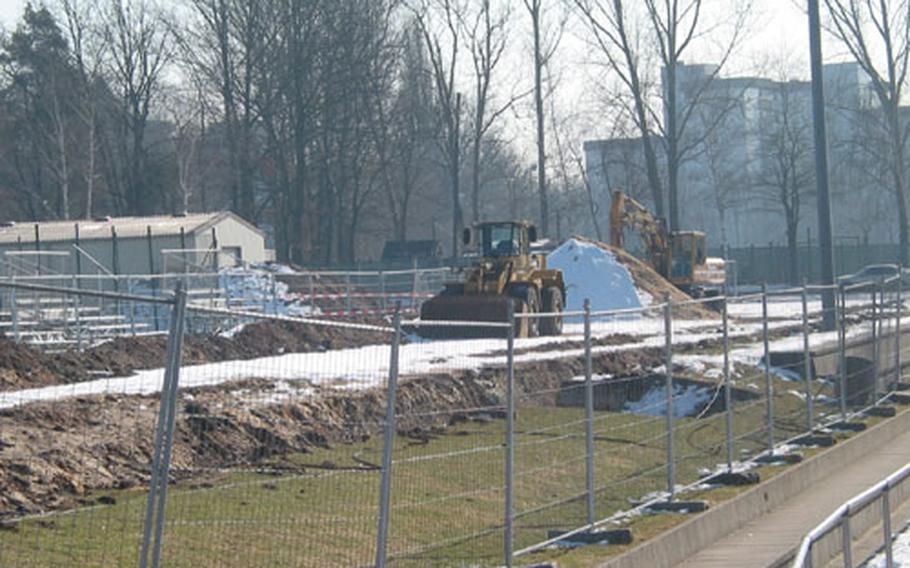 Construction of the new fitness center in Bamberg, Germany, is under way. The center, one of four being built in Germany, is expected to be complete by fall 2004. (Courtesy of U.S. Army)

Construction is under way to build four new Morale, Welfare and Recreation fitness centers at a cost of $60 million.

MWR also is prioritizing a list of 37 other facilities across Europe for improvements in the near future. That list is expected to be available in May.

The four centers approved for construction in Germany are in the Bamberg, Grafenw&#246;hr, Hohenfels and Wiesbaden communities, according to a news release from the Installation Management Agency, Europe Region.

These new facilities are designed to meet fitness industry standards and replace gyms that date back to the 1950s, said Susanne Hesler, MWR construction project officer.

The improvements are part of the Army&#8217;s fitness standardization initiative, and a result of an assessment by the MWR Fitness and Sports Steering Committee of the types of fitness programs, facilities and equipment used in the United States.

All new MWR fitness facilities will be constructed using a modular concept with areas for fitness, exercise, structured activities and larger gym activities &#8212; such as basketball, volleyball and a jogging track.

The structural activities module will include racquetball courts and areas for martial arts and yoga training.

The centers will be standardized to offer the same services in each community, although the size of the facilities is directly related to the size of the community&#8217;s population, Hesler said.

While the centers will benefit the entire community, the driving force behind the improvements is to improve and maintain soldier fitness.

But the centers also will improve the quality of life for others in the community, Weaver said.

&#8220;The families and civilians who support our troops also will have the industry standard,&#8221; Weaver said.

The centers in Bamberg and Wiesbaden are scheduled to be completed by fall 2004, while Grafenw&#246;hr and Hohenfels should be done by summer 2005, Hesler said.

Funds for the projects come from Department of Defense construction funds and must be approved by Congress, according to the release.

The projects are then passed on to the Army Corps of Engineers, who work with host nation construction offices to have the work locally contracted, said Randy Holman, chief of construction for MWR.

A report of the other 37 facilities in Europe being prioritized for design and construction requirements should be completed soon.

Completion of all 41 projects may be just a few years away, since Army Chief of Staff Gen. Eric Shinseki has accelerated the fitness center projects, Holman added.