MWR at Rota plying sailors with pizza to get ideas, info 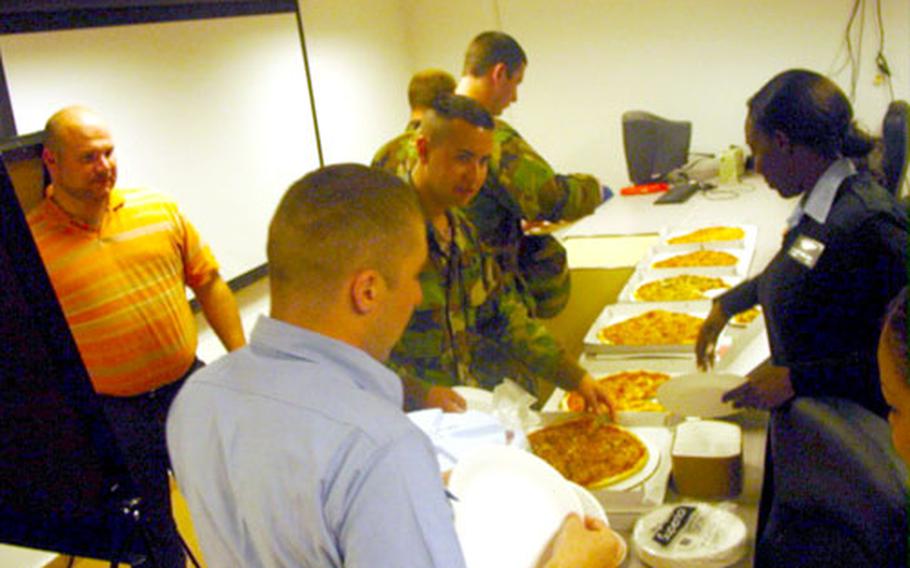 When officials at Naval Station Rota, Spain, decided that they weren&#8217;t extracting enough information about what single servicemembers do with their free time, they turned to a method that&#8217;s not covered in the Geneva Convention: free pizza.

Rota&#8217;s Morale, Welfare and Recreation Liberty Program &#8212; which focuses on providing younger, single military personnel with on- and off-base events and entertainment &#8212; is no longer waiting for them to come to the facility.

Program personnel had been holding monthly meetings in which selected sailors were required to attend and present ideas to the Liberty folks, then take new information back to sailors in their commands.

And the draw from Spanish nightclubs and beachfront bars is strong. But so is fresh, hot pizza.

The program took to the road March 23, visiting the base&#8217;s Supply Department.

Petty Officer 2nd Class Fernando Perez was among the 17 sailors at the lunchtime event.

This new approach is something that sailors think will get more people involved in Liberty programs.

The pizza was the bait, but the presentation and feedback is the hook.

The sailors believed that e-mails about upcoming Liberty events will be helpful, especially for those who live off-base like Perez, who said if he sees something that interests him, he&#8217;ll go.

She hasn&#8217;t spent much time at the Liberty center since arriving in Rota last November, but expects that to change.

The first pizza party and program presentation by the Morale, Welfare and Recreation Liberty Program was held on March 23 for 17 sailors in the base Supply Department.

Additional party/presentations will be held for both the supply and air operations departments.

MWR Recreation Director Bill Bray said that commanders who want a presentation for their sailors, airmen or Marines should contact the office and set a date.