Musicians make the best of their time at Eagle Base 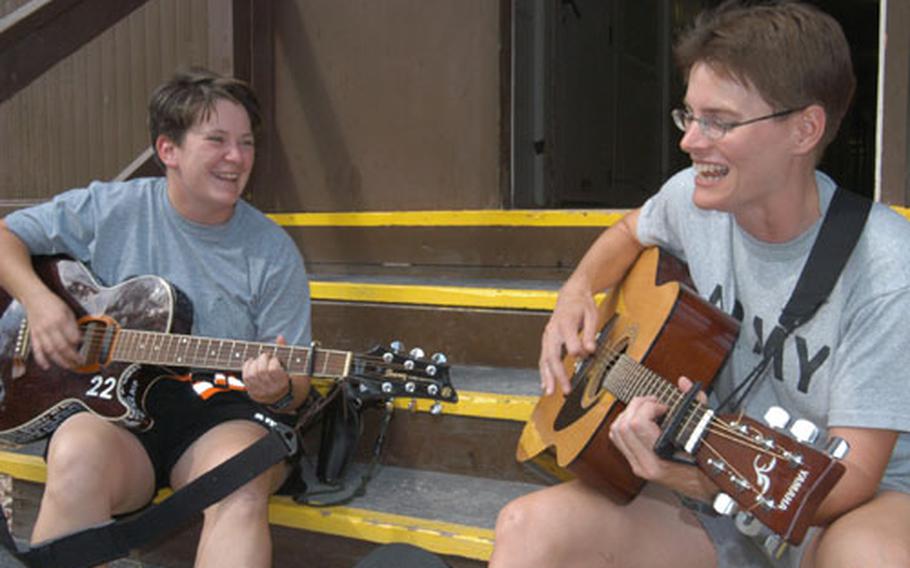 1st Lt. Sarah Kuhaneck, left, and Capt. Nancy Martin play guitars at Eagle Base, Bosnia and Herzegovina. The two have recorded a CD to remember the good times during their Bosnia deployment. (Ivana Avramovic / S&S)

1st Lt. Sarah Kuhaneck, left, and Capt. Nancy Martin play guitars at Eagle Base, Bosnia and Herzegovina. The two have recorded a CD to remember the good times during their Bosnia deployment. (Ivana Avramovic / S&S) 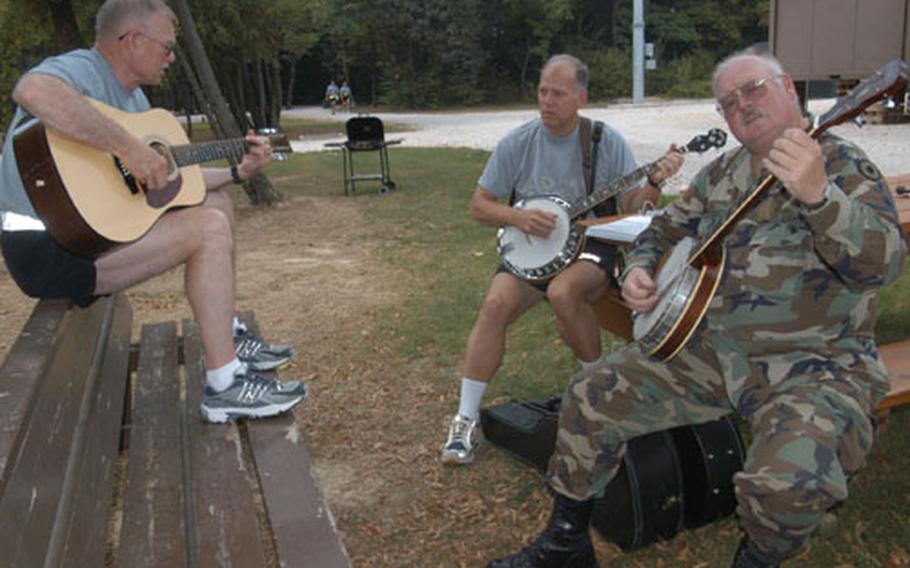 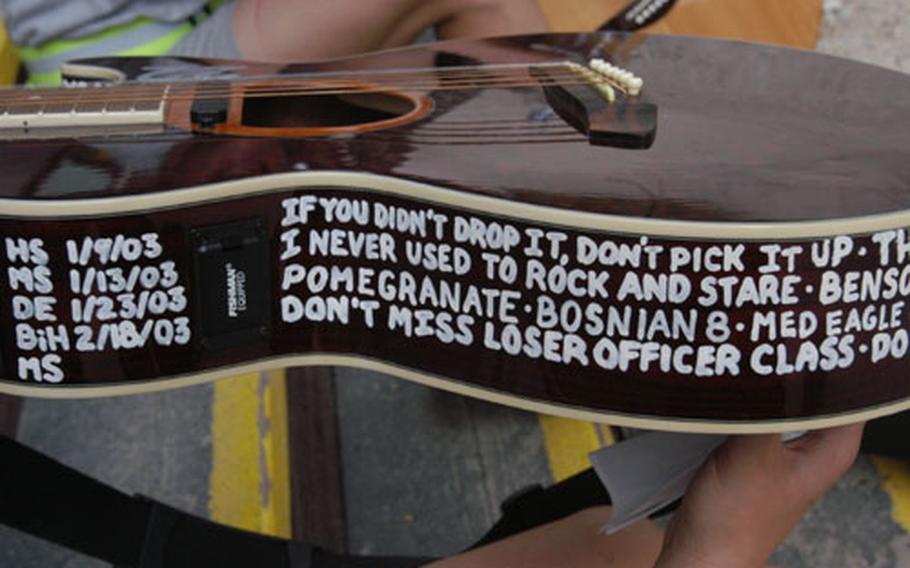 1st Lt. Sarah Kuhaneck used her guitar for more than just playing music. The guitar she bought during the deployment served as her journal, too. (Ivana Avramovic / S&S)

The duo, which likes to play folk-rock, is not alone.

For some, it was with a guitar; others chose banjos or drumsticks, playing anything from blue grass and folk, to rock and jazz.

Jackson, 52, is serious about his music, and he found another person who is just as dedicated: Sgt. Orville Thompson, 41. Both are from the 35th Infantry Division.

Jackson pushed some marathon rehearsals &#8212; up to four hours a day, and required other musicians who joined them to practice.

&#8220;Being here we felt like we played for a number of years, because we really jelled together,&#8221; Thompson said.

Jazz influences that drummer Thompson brings to the group have added a great flavor to the group&#8217;s soft-rock music, Jackson said.

He also hopes to attract more attention to their music by sharing an eight track CD.

The men, all with the 35th Infantry Division, put their musical talents together after they heard of one another by word of mouth.

The music produced by banjo players Matthews and Dayringer, and guitarist Case was a nice surprise for 1st Sgt. Ron Crump.

Kuhaneck, 29, of the 312th Postal Company, and Martin, 37, of the 1493rd Medical Detachment (Combat Stress Control), with Task Force Med Eagle, discovered they both like to play guitar when they roomed together at Ft. Stewart, Ga., during deployment preparations.

Worried about taking their instruments to Bosnia because of luggage restrictions, they left their guitars at home. But after arriving at Eagle Base, they wanted to play.

After suggestions from soldiers to record some of their original songs that take a humorous approach to the deployment, the duo enlisted the help of Sgt. 1st Class Brian Stribling, a broadcaster with the 343rd Mobile Public Affairs Detachment.

With Stribling&#8217;s video camera and a couple of microphones, Angry Armed Women and Friends recorded its first CD.

Kuhaneck and Martin aren&#8217;t really angry; they find a release from everyday job stress in their music, Martin explained.

Beyond answering requests to share their CD, Kuhaneck and Martin do not have musical ambitions.