Music industry offers a sneak peek at some new toys 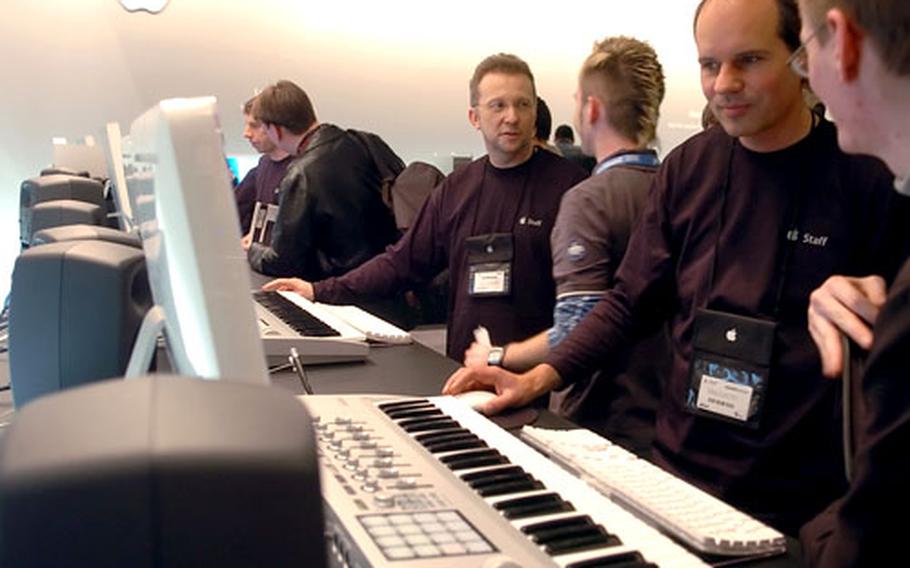 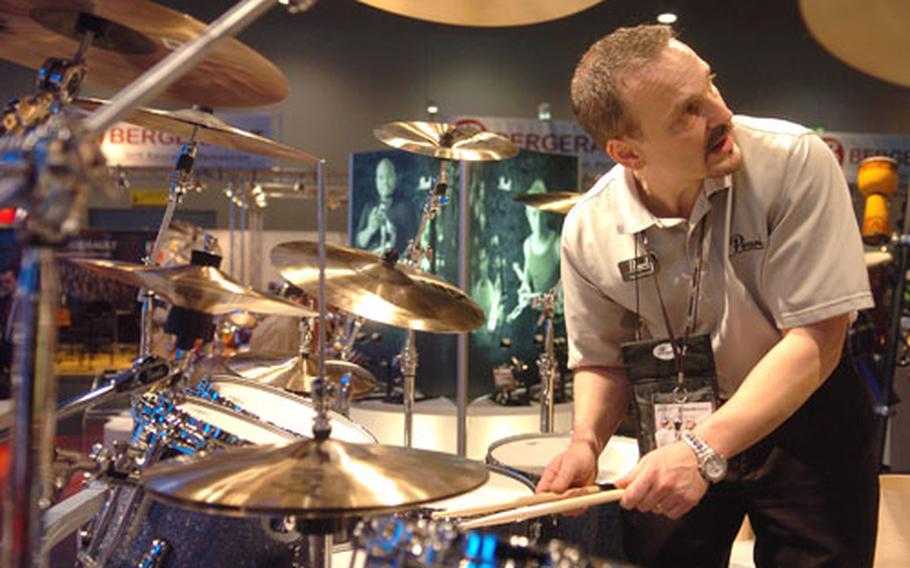 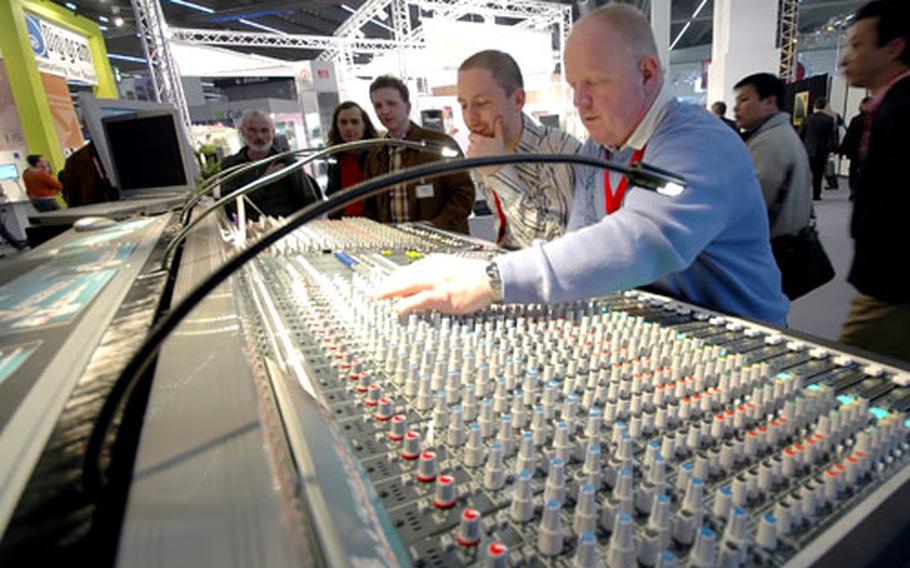 Visitors to the trade show check out an Altair Audio soundboard used for mixing audio from live shows as well as in a recording studio. (Raymond T. Conway / S&S)

FRANKFURT, Germany &#8212; Anyone who wants to learn more about the music business has a sound opportunity Saturday to get a behind-the-scenes glimpse at an industry that occupies center stage in our culture.

Billed as the world&#8217;s largest trade show for musical instruments, sound and lighting equipment, and all sorts of related accessories, the 2006 Frankfurt Musikmesse ends Saturday after a four-day run. While the first three days were focused on industry insiders, Saturday is the day set aside for the public.

There are more than 1,500 exhibitors from 50 countries at this year&#8217;s show, according to organizers. Exhibitors range from companies that sell stage lights, speakers and microphones to those dealing in music software, computer hardware and sheet music.

One of the highlights Saturday will be the appearance of Ian Paice, a founding member of Deep Purple who has also joined forces with the likes of Paul McCartney and Whitesnake. Paice performs at 11:30 a.m. and 4 p.m. at the Pro Lounge in front of Hall 8. At 3 p.m., he will be signing autographs on the first floor of Hall 4. Look for HK Audio (at locale Hall 4.1, D31).

Another attraction will be a drawing for a Les Paul Goddess guitar, a 2006 model that will be given away at 3 p.m. However, the winner must be present, said Jan Garich, a spokesman for Gibson, which has its display on the second floor of Hall 4.

The Gibson booth is one of the show&#8217;s more popular attractions.

For more details on the fair and a map showing the location of exhibits, visit: http://musik.messefrankfurt.com/global/en.