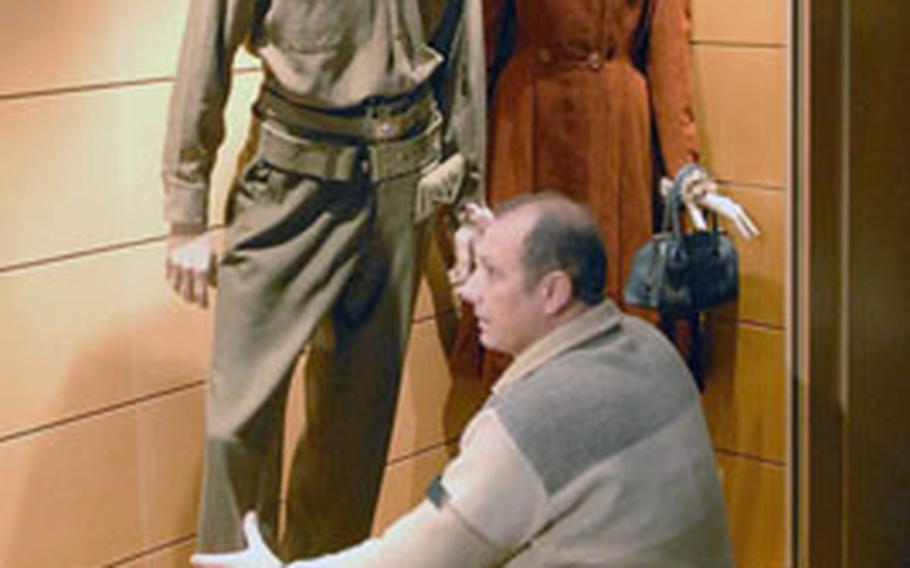 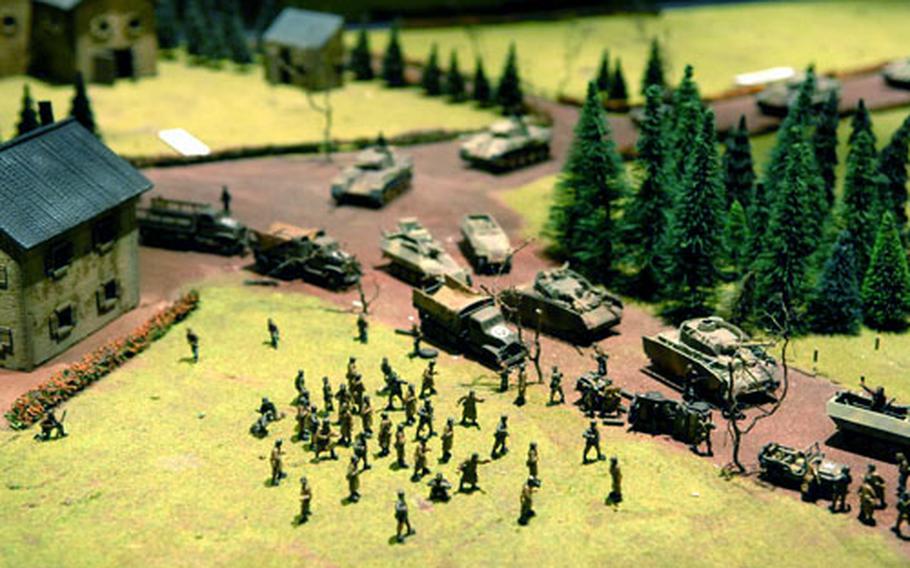 A model at the Baugnez 44 Historical Center shows the scene at the crossroads in the village of Baugnez, Belgium, shortly before German SS troops massacred American prisoners, seen in the foreground. The center will be dedicated on Monday, the 63rd anniversary of the slaughter. Ted Paluch, a survivor of the massacre, is scheduled to cut the ribbon. (Michael Abrams / S&S) 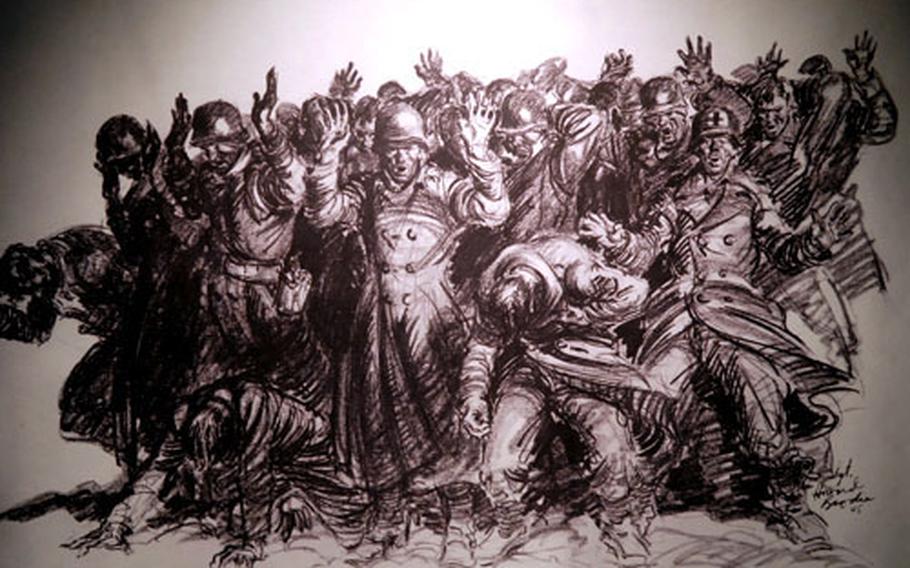 This painting, "Massacre at Malmady" -- done by Sgt. Harold Brodie in 1945 based on survivors&#39; accounts -- hangs in the Baugnez 44 Historical Center, near where American prisoners were slaughtered by German SS troops. (Michael Abrams / S&S) 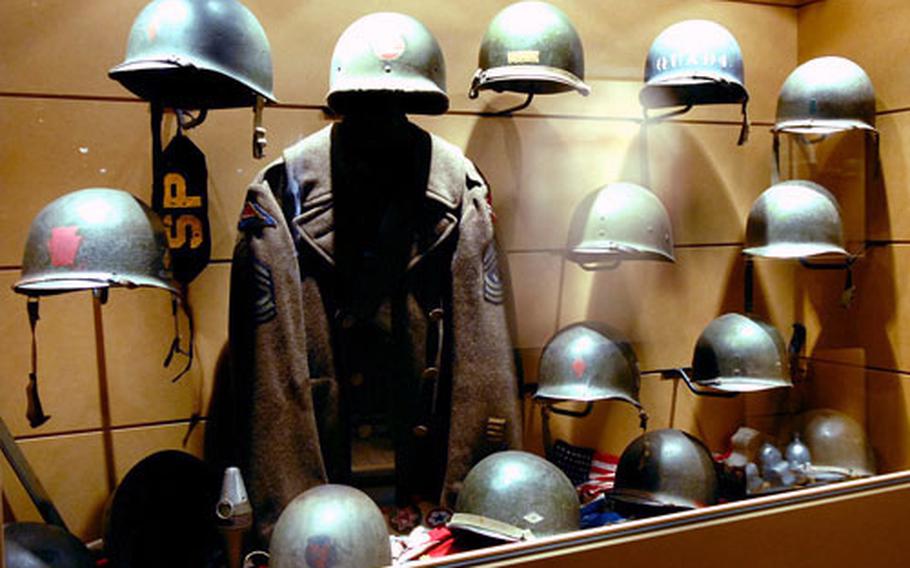 American helmets and other gear are on display at the new Baugnez 44 Historical Center. The center will be dedicated on Monday, the 63rd anniversary of the massacre of American soldiers by a German SS unit. (Michael Abrams / S&S)

MALMEDY, Belgium &#8212; Three American veterans of World War II are scheduled to attend a dedication ceremony Monday for a museum commemorating the massacre of 84 U.S. soldiers at the hands of a German SS Panzer unit.

Near the city of Malmedy in eastern Belgium, the museum, called the Baugnez 44 Historical Center, recounts the events leading up to the slaughter of the American prisoners of war on Dec. 17, 1944.

It also details other atrocities committed against U.S. forces and Belgian citizens. There are more than 2,000 items in the museum, many of which belong to the center&#8217;s founder, Fabien Steffens.

Steffens&#8217; mother&#8217;s home had been used as an infirmary by U.S. forces. When the German army overran the town during the Battle of the Bulge, the sick bay came under German control, only to fall back into American hands a short time later.

Between the two occupying forces, the family obtained a windfall of material, Steffens said.

The 48-year-old Belgian real estate agent broke ground on the two-story museum earlier this year. Steffens has been assisted by his son, Mathieu, and other supporters. When the museum opens to the public Tuesday, the standard entrance fee will be 7.50 euros, Mathieu Steffens said.

Ted Paluch, who survived the massacre, is one of the three veterans expected to attend Monday&#8217;s dedication ceremony.

Paluch was one of 46 soldiers with the 285th Field Artillery Observation Battalion who lived to tell of his unit&#8217;s capture and the horrific events that followed.

Also expected to attend Monday are Alfred Goldstein and Frank Garret of the 924th Observation Battalion, 99th Infantry Division. The two were among a group of U.S. soldiers taken prisoner and sent east to a prisoner of war camp in Germany.

Not far from where Goldstein and Garret were caught, Paluch&#8217;s unit originally suffered the same fate. The difference was that many observers in his unit were summarily executed by machine-gun fire.