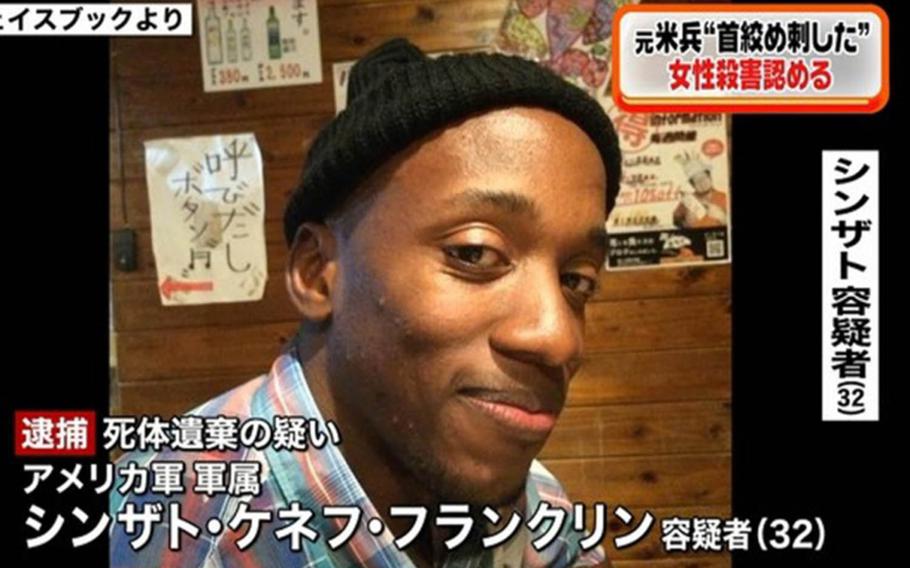 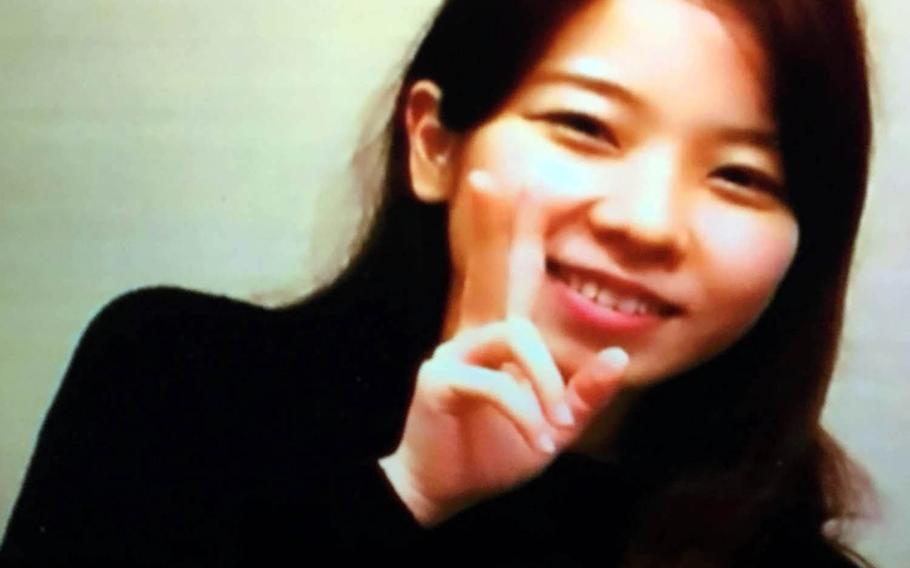 Rina Shimabukuro is seen in an image from a Fuji Television broadcast. Kenneth Franklin Gadson, a former Marine who was working as a civilian at Kadena Air Base, Okinawa, has been charged with murder and rape resulting in death in the slaying of the 20-year-old local woman. (Screenshot from Fuji TV)

CAMP FOSTER, Okinawa — The former U.S. base worker accused of raping and killing a 20-year-old Okinawan woman last year is expected to plead guilty as his trial commences this week at Naha District Court on Okinawa.

Kenneth Franklin Gadson is charged with murder, rape resulting in death and the illegal disposal of a body in the death of Uruma office worker Rina Shimabukuro, who disappeared April 28, 2016.

A hearing is marked for Thursday, court officials said, with the trial to follow the next day. Closing arguments are scheduled for Nov. 24 and a verdict is expected on Dec. 1.

While Gadson has confessed to being responsible for Shimabukuro’s death and even led police to her body in a heavily wooded area, the trial will likely center on motive. Gadson has said he set out only to rape the woman and that her killing was not premeditated.

Gadson’s attorneys said they feel confident it is an argument they can win.

“The only positive evidence is his testimony that he did not have murderous intent,” Gadson’s attorney, Toshimitsu Takaesu, told Stars and Stripes in August. “However, it is the responsibility of the public prosecutors to prove murderous intent. I don’t think there is evidence of that right now.”

Despite Takaesu’s confidence, the case could be complicated by Gadson’s unwillingness to participate in his own defense. Takaesu said his client has grown despondent and does not particularly care about the outcome of the trial or whether he lives or dies.

Gadson’s psychological state could also come into play. He has claimed in letters to Stars and Stripes that voices in his head told him to assault Shimabukuro. He also claimed to have had visual hallucinations.

Takaesu said while he has not seen evidence of severe mental illness, Gadson “cannot differentiate between fantasy and reality.”

“Normally, a simple psychiatric test needs to be done by the public prosecutors at the time of the investigation, but they have not [performed one],” Takaesu said. “There is no [legal obligation for a mental examination]. [The decision] is up to the court.”

A spokesman from the Naha District Public Prosecutor’s Office declined to comment before Thursday’s hearing on whether there are plans to test Gadson.

Takaesu would not say whether Gadson could receive a fair trial without a mental evaluation; however, psychiatrists and legal advocates for the mentally ill say it is important to identify and treat people who suffer from mental illness in the criminal justice system.

Shimabukuro disappeared after going out for a walk at about 8 p.m. April 28, 2016. Police immediately suspected she had been the victim of a crime or had suffered an accident, because she left behind her car and wallet. Her phone’s GPS indicated she was last in an industrial area near her home in Uruma’s Suzaki district.

Police spotted a red SUV owned by Gadson — a civilian employee at a Kadena Air Base cable and internet provider who went by his Japanese wife’s surname of Shinzato — while checking vehicles captured by security camera footage in the area.

Police say Gadson admitted to strangling Shimabukuro and led officers to her body. Takaesu has argued that his client was under the influence of sleeping pills at the time of the confession due to a suicide attempt.

Gadson, who served in the Marines from July 2007 to September 2014, left active duty as a sergeant with an honorable discharge and a good conduct medal. He had been a postal clerk in the 3rd Battalion, 12th Marines mailroom and a combat marksmanship coach, according to his LinkedIn profile.

He was married to an Okinawan woman and had recently fathered a child before his arrest.

In a series of written statements and in medical records provided to Stars and Stripes while in custody, Gadson claimed to have had a turbulent upbringing in New York City, an obsession with violent images and a history of disturbing thoughts and behavior, which included fantasizing about raping women for years, killing a foster mother he claimed abused him and shooting fellow Marines as a way of attempting suicide. He also provided graphic details of Shimabukuro’s homicide.

In the medical records he provided, Gadson revealed anti-social behavior and that he was diagnosed with attention deficit hyperactivity disorder and socialized, nonaggressive, conduct disorder. He also claimed to have altered medical documents and withheld medical information to gain entry into the Marine Corps.

If convicted, Gadson faces life in prison in Japan. It is unlikely he would receive the death penalty – though Shimabukuro’s family has called for it — because that punishment is usually reserved for cases involving multiple homicides. Stars and Stripes reporter Hana Kusumoto contributed to this report.