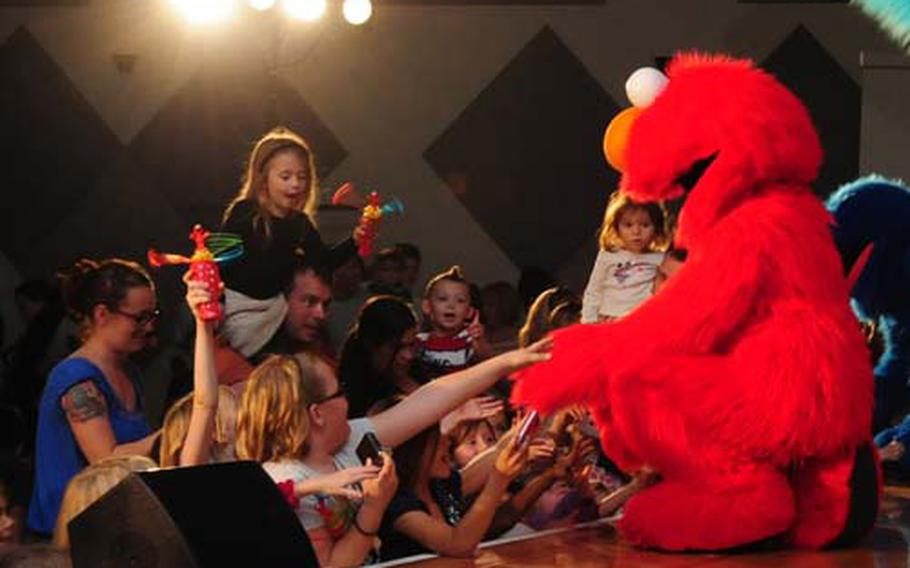 Buy Photo
Sesame Street Star Elmo greets fans at the end of The Sesame Street/USO Experience at the Community Center aboard Camp Foster Tuesday. The show is currently on tour throughout the Pacific with the last Okinawa show taking place Feb. 3 on Camp Courtney. The tour then moves to Korea and then Guam. (Matt Orr/Stars and Stripes)

Children and parents were soon singing and dancing along with the life-size Muppets.

The Sesame Street/USO Experience is touring Pacific bases with a message geared toward military families.

&#8220;The idea behind the show is to give kids and parents ideas on how to deal with deployments and get through some of the tough times,&#8221; said USO tour manager Lonnie Cooper. &#8220;Things like telling stories, singing songs, and letter writing.&#8221;

As they entered the auditorium, children were given a toy and a Sesame Street Deployment Kit, full of information and a CD on coping with deployments.

As the show wrapped up after 30 minutes, children rushed to the front of the stage to meet the characters.