Multinational training a boon for both sides 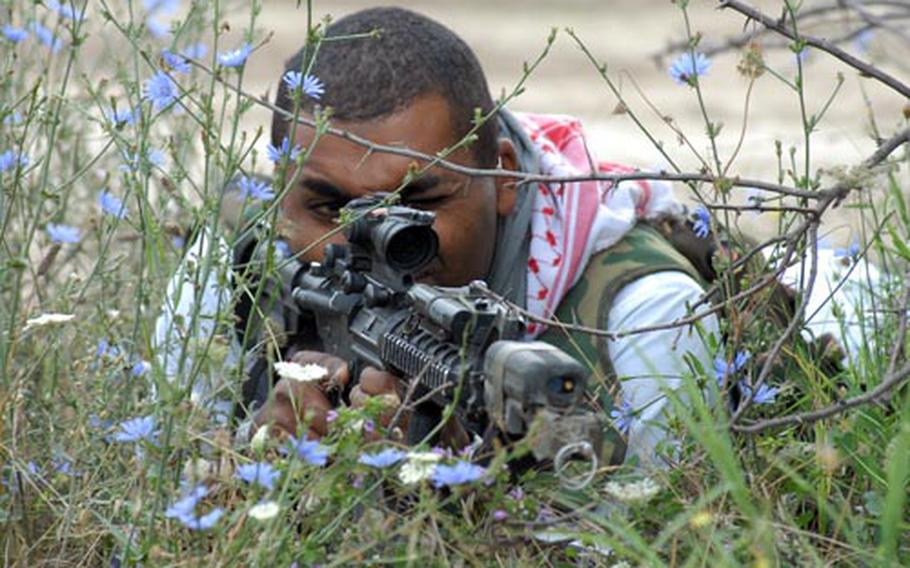 Spc. Brett Gardner, 25, of Las Vegas, with Company B, 1st Battalion, 4th Infantry Regiment, prepares to ambush a group of Romanian soldiers during an exercise at Babadag Training Area in Romania on Thursday. (Seth Robson / S&S)

Spc. Brett Gardner, 25, of Las Vegas, with Company B, 1st Battalion, 4th Infantry Regiment, prepares to ambush a group of Romanian soldiers during an exercise at Babadag Training Area in Romania on Thursday. (Seth Robson / S&S) 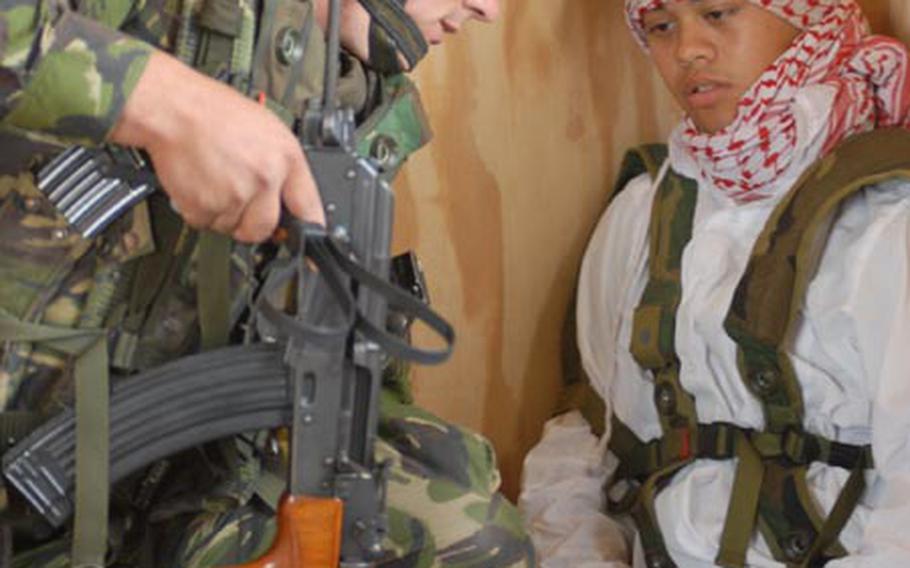 Soldiers from four U.S. Army companies and the Romanian Army&#8217;s 3rd Company, 21st Mountain Infantry Battalion are near the end of a six-week training cycle at Romania&#8217;s Babadag Training Area.

The Vampire Observer Controller (OC) Team, which includes 23 U.S. trainers, oversees the exercise with the help of the latest American equipment.

One of the Vampire OCs, Capt. Kevin Poole, 32, of Chesterfield, Va., said the U.S. and Romanian troops use DISE &#8212; a laser training system that tracks soldiers&#8217; movement with global positioning and records the direction of every laser beam they fire.

After each training mission soldiers&#8217; performance is replayed on a big-screen television, Poole said.

"Training is 100 percent better using this system. In the past an OC might tell a platoon that they did something wrong and they might argue, but with DISE the proof is there on screen," he said.

The U.S. trainers have a supply of "simunition" &#8212; non-lethal ammunition that allows soldiers to shoot each other safely with the aid of protective gear during exercises.

One of the Romanian soldiers involved in the training, 1st Sgt. Ciprian Zah, 34, said the equipment that the Americans brought to Romania is a lot better than what his troops normally use. He also praised the urban combat skills taught by the Americans.

"It [the U.S. presence] is a very good thing for Romania from every perspective. We are really happy that they are here," he said, adding that Americans are calm soldiers.

"I never saw an angry American. It is very unlike Romanians," he said.

Babadag Training Area &#8212; an isolated flat area surrounded by farmland near the Black Sea coast &#8212; has been transformed into a mini-version of U.S. training areas in Germany.

It includes a mock town in a field of head-high thistles with about 20 plywood buildings and populated with role-players to simulate an Afghan village.

Last Thursday, Romanian soldiers in four-wheeled armored personnel carriers carried out a mock raid on the village to detain a high-value target. But they had to deal with several U.S. Company B, 1st Battalion, 4th Infantry Regiment soldiers role-playing as terrorists who engaged them with small arms.

After the raid one of the 1-4 soldiers, Spc. Seth Henderson, of Avon Park, Fla., said he was impressed by the Romanian troops, even though he "killed" several.

"With one section securing the south side of the town and the assault team cordoning off the other side they locked the place down so all they had to do was hit the target building, grab the target and get out. They did it quick and in the right way. I liked it," he said.

During some parts of the training Romanian and U.S. troops combine to form multinational platoons, Poole said.

That&#8217;s important because the 21st Mountain Infantry Battalion and the Company B soldiers are getting ready to work together in Zabul province, Afghanistan later this year.

One of the 1-4 soldiers in Romania, Spc. Brett Anderson, 21, of Fresno, Calif., said the field work with the Romanians is great training for the Afghan mission.

"We are put in a scenario and no have choice but to work together. That is kind of how real life is," he said.