Multinational force in ‘Shark Hunt 2005’ did OK, but could be better 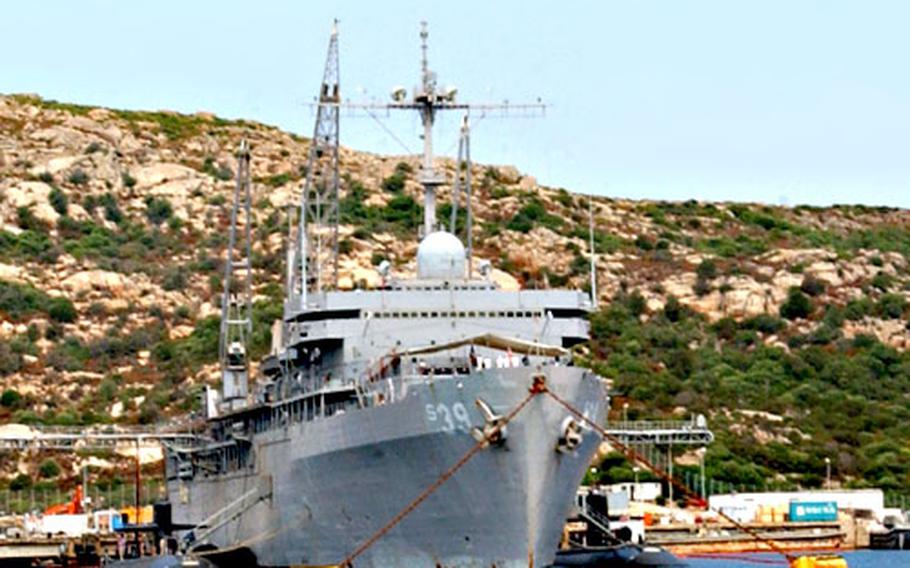 In an underwater exercise that was sort of a cat-and-mouse hunt, U.S. and NATO navies fared well enough, but there&#8217;s room for improvement in the tracking and keeping sight of enemy submarines, U.S. Navy leaders said.

Leaders now begin deciphering what they learned and where to make improvements, they said in a phone interview from the submarine tender USS Emory S. Land, while docked at La Maddalena, Sardinia.

&#8220;We were successful in many aspects of the exercise, and it was very challenging in order to make it as real as possible &#8230; but we didn&#8217;t have perfect control at all times,&#8221; said Cmdr. Mike Haumer, commanding officer of the submarine USS Augusta.

A goal of the exercise was to have air and surface vessels track nuclear- and diesel-powered submarines, the latter of which are used by rival forces and operate in near silence, said Navy Capt. Robert Schmidt of U.S. Navy Europe Submarine Operations.

The USS Philadelphia played the part of the opposing submarine that U.S. and NATO forces were to track as it made its way from the East Coast of the United States through the Atlantic Ocean and into the Med, said commanding officer Cmdr. Steven Oxholm.

&#8220;We became the focal point for most of the effort for the exercises to locate and track,&#8221; he said. NATO forces performed quite well, losing the location of the nuclear-powered submarine only a few times.

But the main thrust of the exercise was to further develop and improve communications between all the participating countries so that in future warfare, as military operations become more global and include coalition forces, communications won&#8217;t be hindered, Schmidt said.

&#8220;The multinational, multi-platform [antisubmarine warfare] operations we&#8217;ve conducted in the Shark Hunt 05 exercise have replicated real-world ASW challenges we face today,&#8221; Schmidt said. &#8220;Effective communications and familiarity with international operations procedures are musts for us to continue moving forward in our international Global War on Terrorism efforts. The participants did a great job coming together to achieve the exercise objectives.&#8221;

The other participating countries include Canada, France, Germany, the Netherlands, Norway, Portugal, and the United Kingdom.