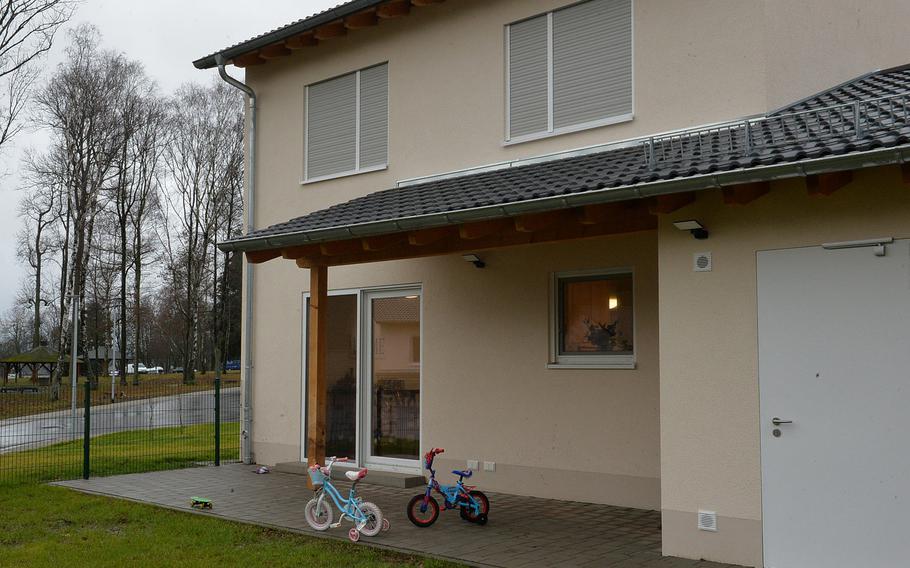 Buy Photo
A newly built three room duplex townhome sits in the Smith Housing Area on Baumholder garrison. The unit in one of 32 newly built units set aside for sergeants and below. (Will Morris/Stars and Stripes)

Buy Photo
A newly built three room duplex townhome sits in the Smith Housing Area on Baumholder garrison. The unit in one of 32 newly built units set aside for sergeants and below. (Will Morris/Stars and Stripes) 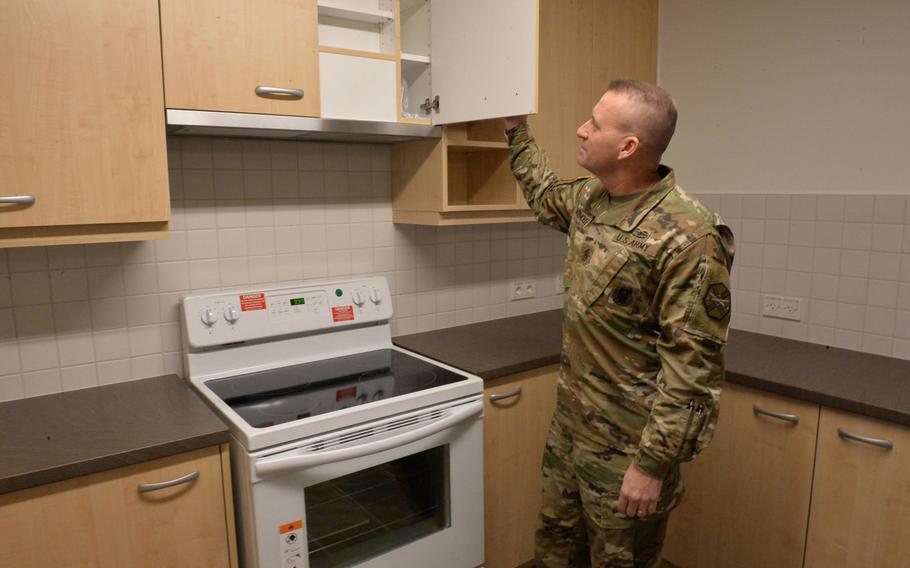 Buy Photo
U.S. Army Garrison Rheinland-Pfalz Command Sgt. Maj. D. Brett Waterhouse inspects the kitchen of a newly constructed base housing unit in the Smith housing area of Baumholder garrison. Thirty two families have moved into the units, the first completed in a multi-year base development plan. (Will Morris/Stars and Stripes)

KAISERSLAUTERN, Germany — The Army plans to spend about $100 million over the next four years to improve family housing at Baumholder garrison, as part of ongoing projects that promise to address long-standing deficiencies at the base.

After recently moving nearly three dozen military families into new housing, the base is set to complete more than 50 additional units for officers and noncommissioned officers, while renovating dozens of apartments in older buildings to add space and amenities.

For years, Army families stationed at Baumholder – where many of the buildings date back to the 1950s — have complained of mold and mildew infestations, and rust in the water at the Smith and Wetzel family housing units. Last year, at least 20 buildings, including two family housing units and six barracks, had to be decontaminated after officials found high levels of Legionella bacteria, the waterborne organism that causes Legionnaires’ disease.

Sgt. Benjamin Gilbert, his wife Amanda and two children had been living in an old housing unit in Building 8063 that was infested with mold, they said. On Friday, they were among the last two of 32 families moved into one of the new units built on base, a two-story duplex.

“We are lucky to be by the park,” Amanda Gilbert said Thursday at her new house. “This unit is much nicer. It’s really nice having a lawn and a garage. It’s the best unit we’ve been in.”

There are 52 townhomes being finished that should be handed over to the garrison sometime after this spring. This includes housing for staff NCOs, 10 units for company grade officers and eight for field grade officers.

About 3,000 soldiers and 4,500 family members are stationed at Baumholder, numbers set to increase in the next few years.

The garrison also plans to tear down two old schools and build an elementary school and a combined middle school-high school.