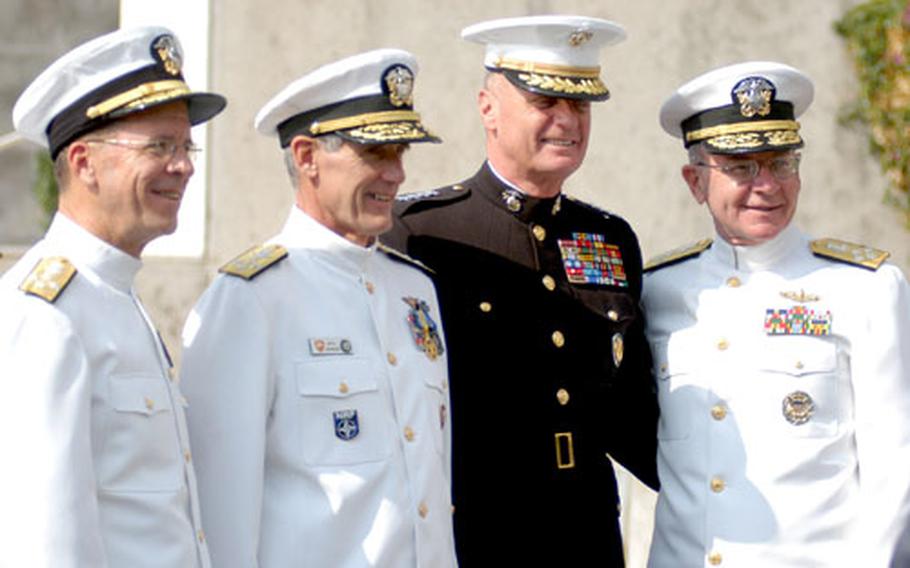 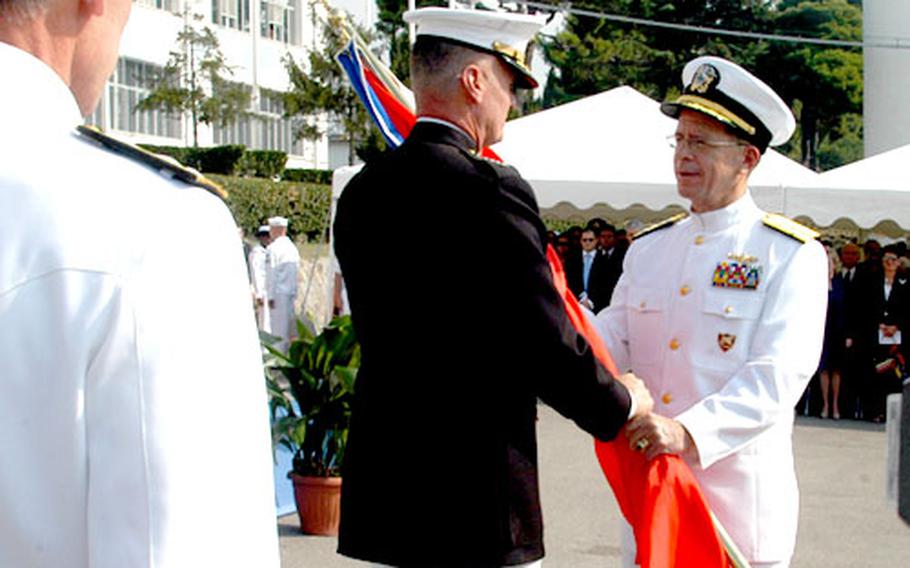 These words and a quick handshake immediately followed their change of command Friday at the NATO base just outside of Naples. In attendance were many U.S. and European military and civilian leaders, including President of Serbia and Montenegro Boris Tadic, European defense ministers and ambassadors, and military personnel assigned to the command.

NATO or Navy transformation was mentioned in nearly every speech. Speakers emphasized NATO&#8217;s recent Istanbul Summit, during which the alliance agreed to assist Iraq with training of its security forces. The alliance also created the NATO Response Force, which is currently undergoing its first test in an exercise off the Sardinian Coast.

Both Clark and Johnson mentioned the ongoing transformation of naval forces in Europe, although neither discussed any specifics.

&#8220;[Johnson] set the stage for the realignment of naval forces in Europe &#8230; [with the goal of] delivering effective combat forces with more efficiency,&#8221; Clark said.

He also hinted that much of the large-scale planning for Navy transformation may already be done.

During his remarks, Johnson spoke of his past successes and future plans, receiving applause from the audience after saying that wife, Joy, and he will settle into their new assignments as &#8220;nonna and nonno&#8221; &#8212; Italian for grandma and grandpa.

Johnson will retire next month after 36 years of service, the past three as the naval forces and JFC commander and the year before that as the Gaeta, Italy-based 6th Fleet commander.

Mullen most recently served as the vice chief of naval operations in Washington D.C.