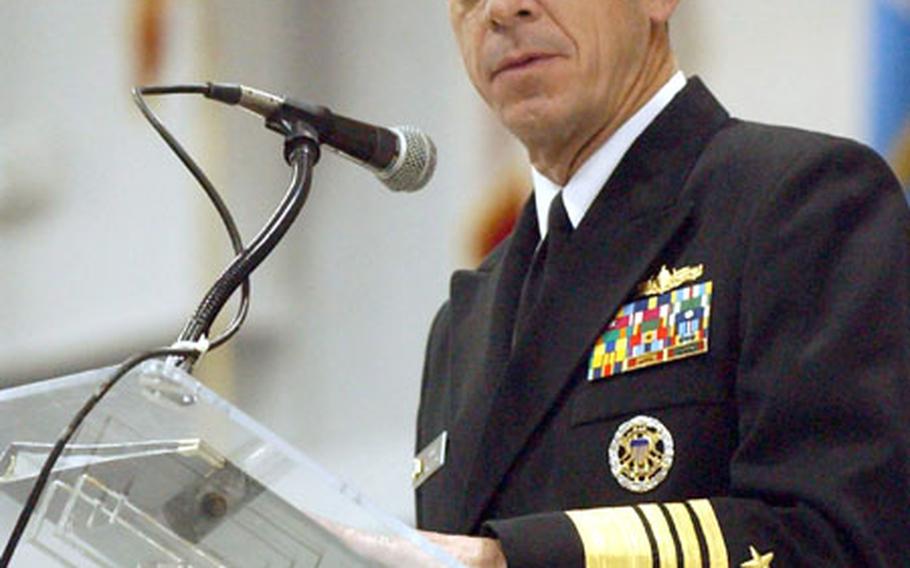 NAVAL STATION ROTA, Spain &#8212; The Navy&#8217;s vice chief of naval operations will be the new commander of U.S. naval forces in Europe.

Secretary of Defense Donald H. Rumsfeld made the announcement Thursday.

A date for the change of command has not been determined, said Lt. Cmdr. Terry Dudley, a headquarters spokesman in London.

Mullen has more than 35 years of service in the Navy and has served aboard a number of Navy cruisers, destroyers and aircraft carriers in both the Pacific and Atlantic fleets. He commanded Second Fleet/Commander Striking Fleet Atlantic from October 2000 to August 2001.

His various shore duties include assignments in the Pentagon on the staffs of the secretary of defense and the chief of naval operations.

Johnson has served as the Navy&#8217;s top commander in Europe since Oct. 24, 2001. His future plans have not been announced.

The area of responsibility includes the Mediterranean Sea region, extends from the North Cape in Norway to the Cape of Good Hope in South Africa and includes the Adriatic, Baltic and Black seas.