MSC to see change of command in Europe 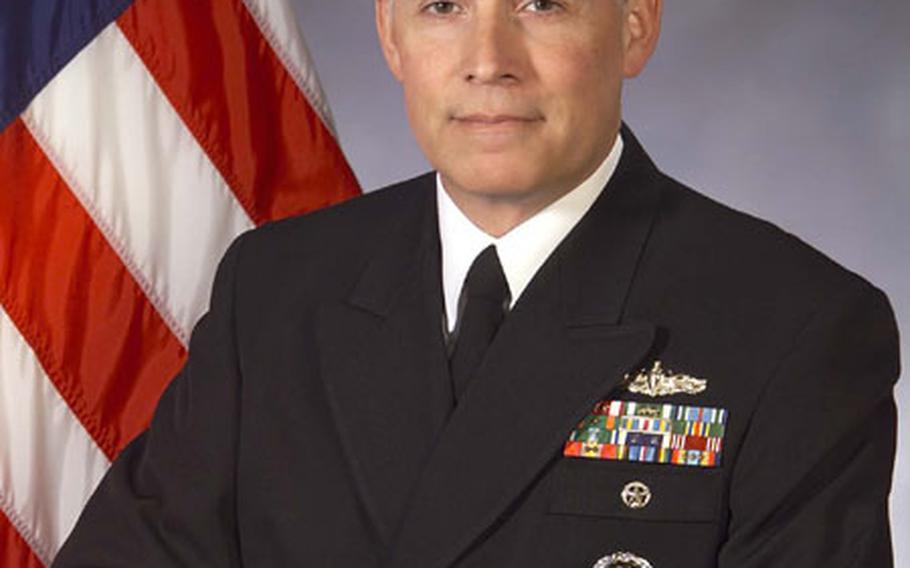 NAPLES, Italy &#8212; Capt. David K. Wright will assume command of the Naples-based Military Sealift Command, Europe, from Capt. Dirk P. Deverill during a ceremony Wednesday on the Capodichino base.

Wright reports to MSC after serving in the Force Structure, Resources and Assessment Directorate of the Joint Staff at the Pentagon. Deverill will move to the secretary of defense staff at NATO in Brussels, Belgium.

MSC Europe and its permanent staff of about 50 military and civilian personnel are responsible for the transport of equipment, fuel, supplies and ammunition for U.S. forces throughout the U.S European Command&#8217;s area of responsibility.

It also provides at-sea fuel and supplies for 6th Fleet and NATO ships in the region.

Many of the supplies and equipment used in Operation Iraqi Freedom came through Military Sealift Command, Europe, including thousands of tons of combat equipment for V Corps and the 4th Infantry Division.

The command also controls Maritime Prepositioning Ship Squadron One, whose Mediterranean-based ships carry enough combat and supplies to support a U.S. Marine Corps air/ground task force of up to 18,000 Marines for a month of combat operations.

In addition to its Naples headquarters, the command has offices in Rotterdam, the Netherlands, and Souda Bay, Crete, plus personnel in London and Rota, Spain.