MRAPs in spotlight as exercise opens in South Korea 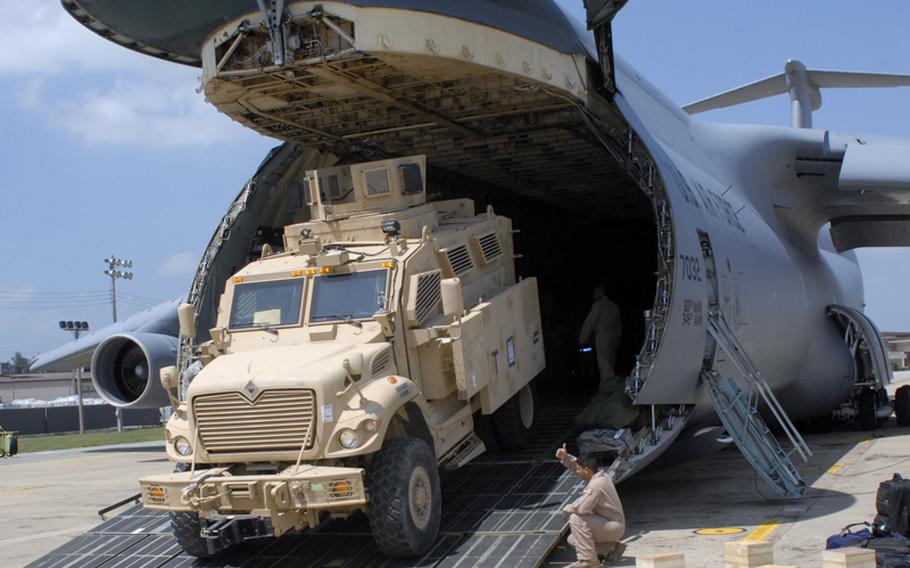 The annual Ulchi Freedom Guardian exercise began Monday in South Korea in what is expected to be the first major test of the U.S. military&rsquo;s use of mine-resistant, ambush protected vehicles, or MRAPs in South Korea.

The largely computer-based exercise is one of two major U.S.-South Korean war games held on the peninsula each year. More than 30,000 U.S. and South Korean troops are participating in this year&rsquo;s exercise, which ends on Aug. 31, according to U.S. Forces Korea.

&ldquo;Ulchi Freedom Guardian is a key exercise in strengthening the readiness of Republic of Korea and U.S. forces,&rdquo; USFK commander Gen. James Thurman said in a press release Monday. &ldquo;It is based on realistic scenarios and enables us to train on our essential tasks with a whole of government approach.&rdquo;

The U.S. military&rsquo;s first shipment of MRAPs, the vehicles used widely in the wars in Iraq and Afghanistan, was delivered to South Korea earlier this summer. Officials have said more than 80 of the vehicles will be tested for up to a year to determine if they should permanently be incorporated into the U.S. military&rsquo;s plans in South Korea.

North Korea has condemned the exercise, and leader Kim Jong Un recently visited frontline troops and told them they must be prepared to lead a &ldquo;sacred war,&rdquo; the Korean Central News Agency announced on Saturday.

&ldquo;He ordered the service persons of the detachment to be vigilant against every move of the enemy and not to miss their gold chance to deal at once deadly counter blows at the enemy, if even a single shell is dropped on the waters or in the area where the sovereignty of (North Korea) is exercised,&rdquo; a statement posted on the state-run organization&rsquo;s website said.