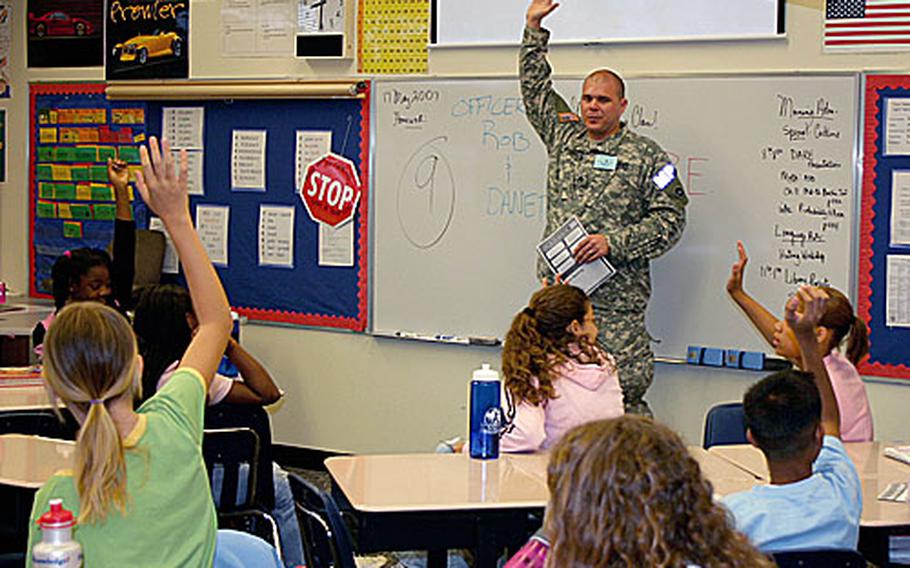 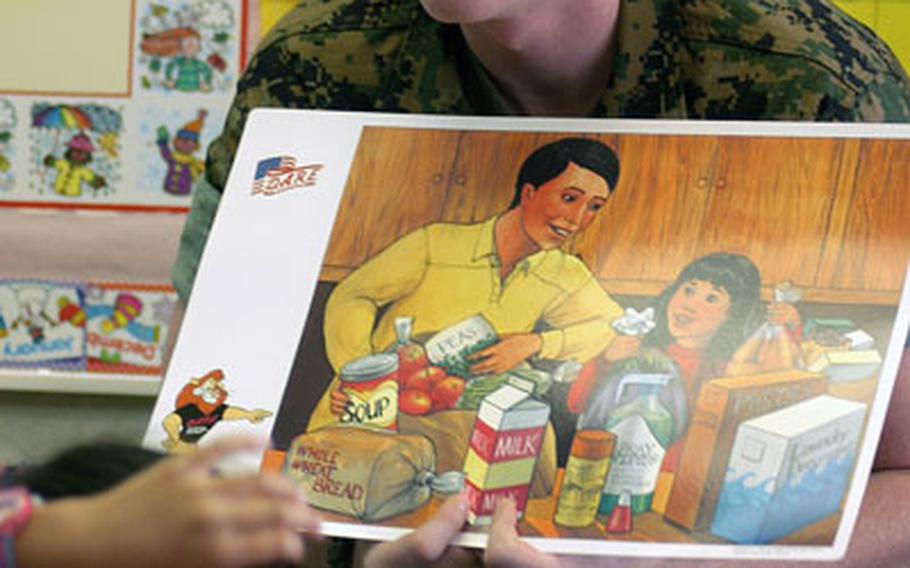 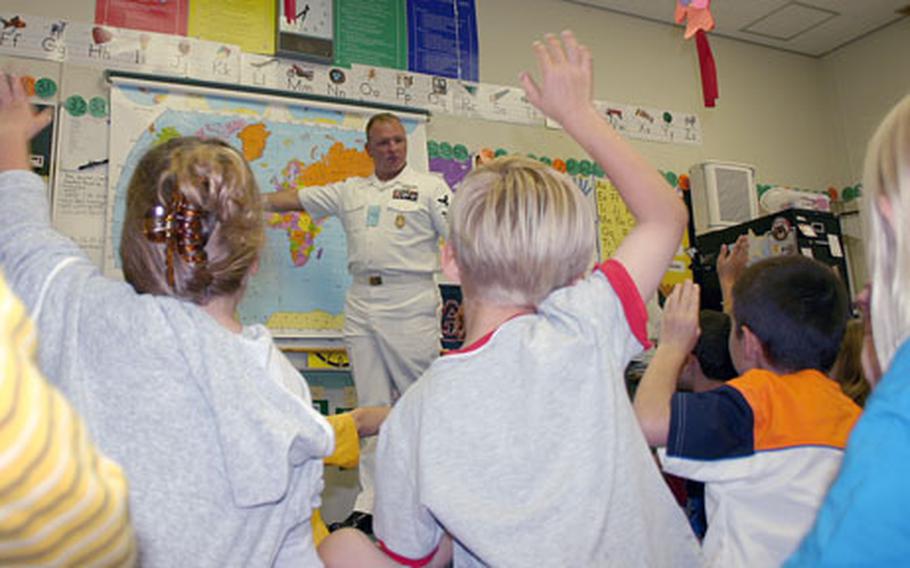 Petty Officer 1st Class Jason Stogin, a military policeman based at Naval Base Guam, shows first graders his hometown of Chicago and asks if they have ever been there. (Cindy Fisher / S&S)

TORII STATION, Okinawa &#8212; Military police undergoing two weeks of Drug Abuse Resistance Education training headed to school Thursday to see what they had learned so far. And to do a little teaching.

Bargas and other civilian police officers heading up the training, which was to end Friday, kept a close eye on the MPs to make sure they sent the proper message to the kids.

One of the most important goals of the course is to teach DARE&#8217;s lesson plans so that officers &#8220;put the information in a language that (children) can understand. Speak at their level,&#8221; Bargas said.

And DARE has a new method and message that aim to achieve that.

Now, DARE officers are taught to engage students in conversation to help them become involved in making the right choices, he said. And rather than using the old DARE curriculum based on saying no to drugs, the new focus is on making healthy choices &#8212; and the consequences choices have, Bargas said.

&#8220;I was really surprised at the amount of time that goes into preparing for these classes,&#8221; said Petty Officer 1st Class Jason Stogin, a U.S. Naval Base Guam military policeman with 16 years of service.

Lance Cpl. John Devries, 19, with the Camp Foster Provost Marshal&#8217;s Office, said he never saw himself as a teacher.

But he was nominated for this course by his command and it&#8217;s been a positive experience, he said.

Devries and the other MPs attending the course will be certified to teach DARE at the elementary and middle school levels.