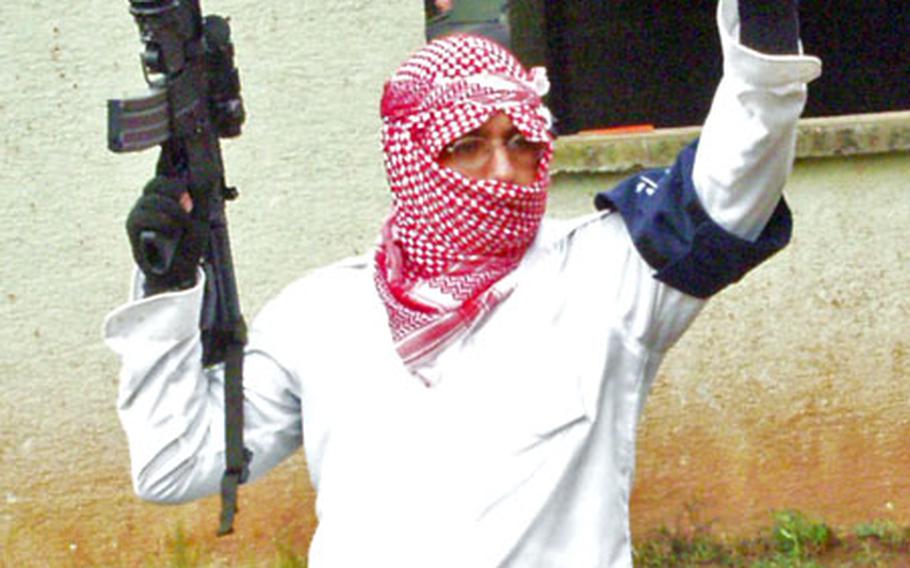 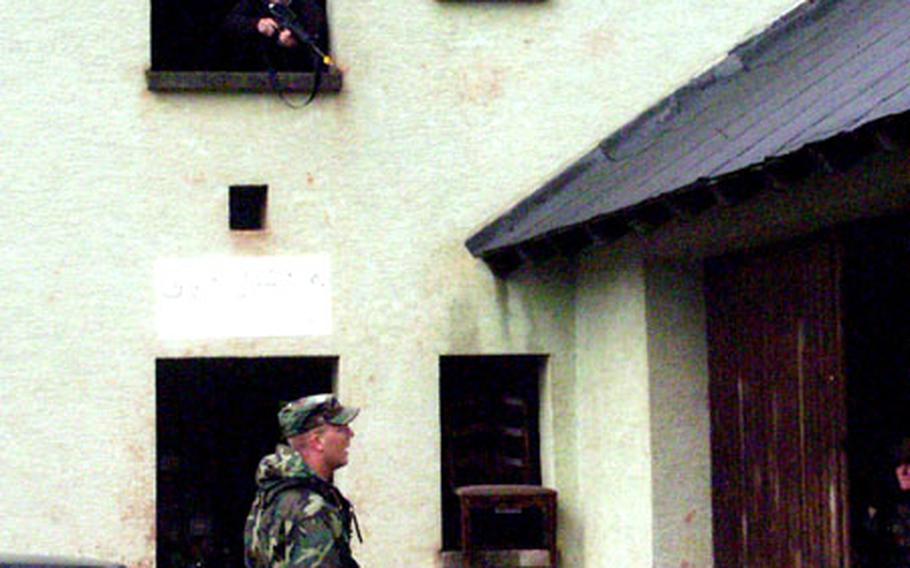 An ‘insurgent’ fires at a soldier Friday while a training observer watches during Warrior Focus II near Baumholder, Germany. (Steve Mraz / S&S) 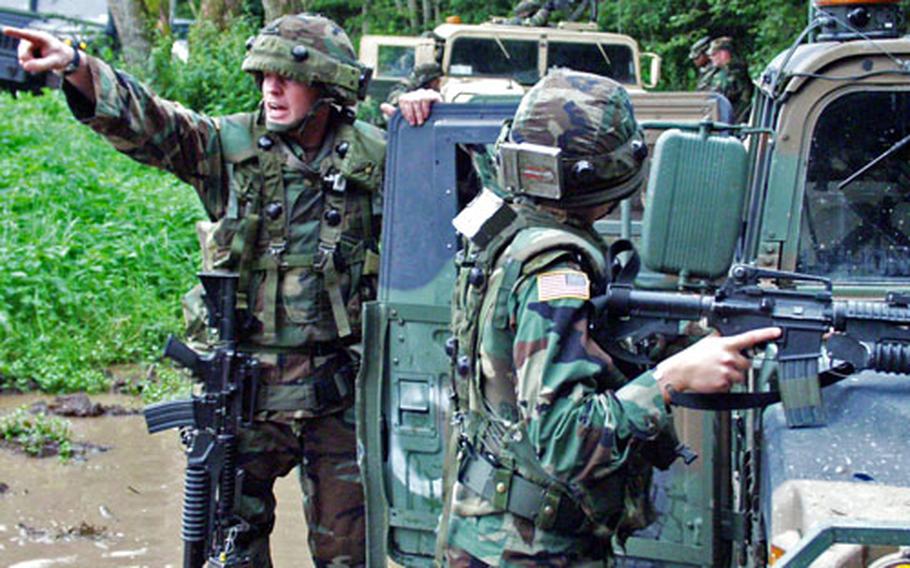 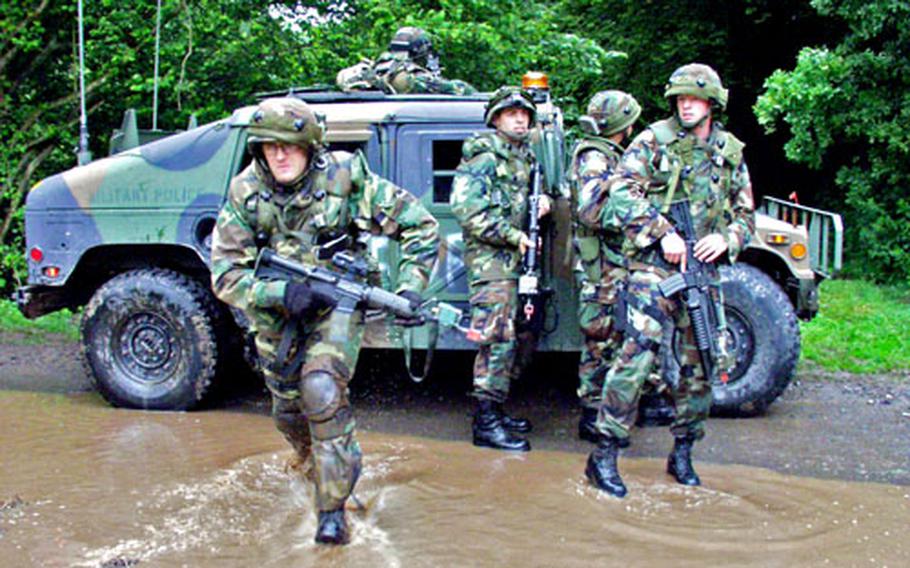 Soldiers with the 527th Military Police Company participate in an exercise Friday near Baumholder, Germany. The exercise is the last stage of training before the unit deploys to Iraq this fall. (Steve Mraz / S&S)

BAUMHOLDER, Germany &#8212; The combat patrol of six Humvees came across a disabled Humvee up ahead on the road.

Its mission was to rescue two soldiers in the disabled vehicle and destroy all sensitive material before leaving the scene.

Unbeknownst to the American soldiers in the convoy, Iraqi insurgents were waiting nearby to launch an ambush. Almost immediately, the convoy sustained casualties as insurgents fired rockets and small-arms weapons from the nearby hillside. A quick reaction force was called in for support in quelling the enemy.

This firefight between insurgents and Americans did not take place in the Iraqi desert. It took place Friday near Baumholder, as part of Warrior Focus II, a training exercise for soldiers with the Giessen, Germany-based 527th Military Police Company and Hanau, Germany-based 709th Military Police Battalion headquarters and headquarters detachment. The units deploy to Iraq this fall.

Roughly 250 soldiers are participating in the training that began Wednesday and runs through Sunday. Training ranges from combat patrols through German villages near Baumholder to cordon-and-search missions at Baumholder&#8217;s Military Operations Urban Terrain setting.

During a review of the combat patrol/quick reaction force mission, Staff Sgt. Michiel Watkins, a platoon sergeant with the 127th Military Police Company out of Hanau, had some instant feedback for the soldiers.

Troops with the 127th and Bamberg, Germany-based 630th Military Police Company provided trainees with lessons learned from their recent stint in Iraq.

Earlier on Friday, another collection of troops with the 527th performed a cordon-and-search mission at Baumholder&#8217;s Military Operations Urban Terrain &#8212; a collection of buildings resembling an urban setting.

Their mission was to snatch an HVT &#8212; high value target &#8212; who was in the village. Just as the training mission began and the convoy of Humvees rolled down the main boulevard, an improvised explosive device detonated, knocking out the lead vehicle. &#8220;Insurgents&#8221; adorned with headdresses and automatic weapons took potshots at the troops, who returned fire.

The rest of the convoy motored on and surrounded the building where the HVT was thought to be. But when the training mission was called to a halt, the HVT had not been apprehended. However, the troops did locate a weapons cache.

The training mission had more challenges and variables than expected, said 2nd Lt. Andrew Boissonneau, a platoon leader with the 527th.

Asked if his unit will use the lessons learned during its deployment, Boissonneau replied frankly.