MPs in S. Korea get praise from the brass for security-detail work 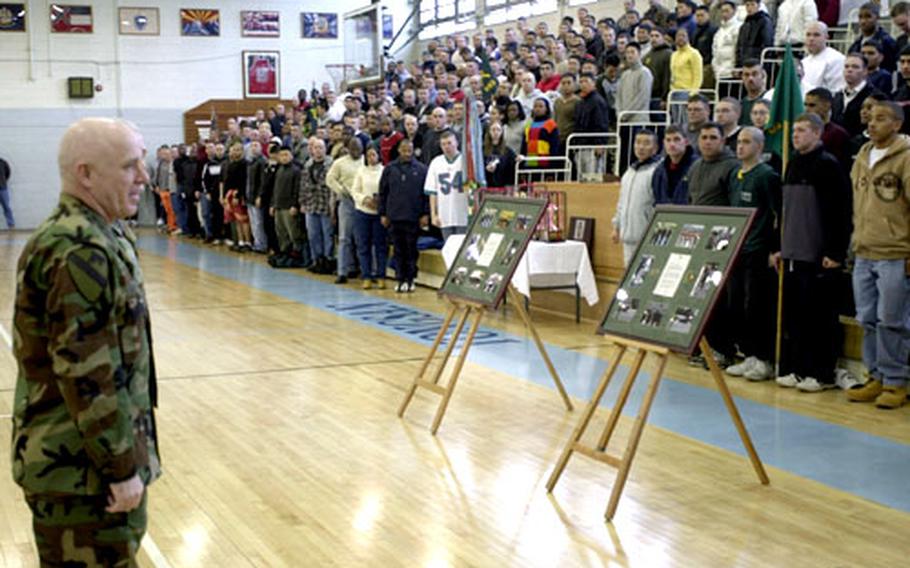 Allowing Rumsfeld and Myers to move freely throughout the country during their visit &#8220;is a significant undertaking,&#8221; LaPorte said. &#8220;I would tell you Secretary Rumsfeld and the chairman of the Joint Chiefs were very impressed with your duties.&#8221;

It wasn&#8217;t a simple task escorting Rumsfeld to South Korea&#8217;s national cemetery in Seoul before dropping by the Blue House, the country&#8217;s presidential estate, the same day, LaPorte said. Troops also made sure Myers had a calm weekend at the Dragon Hill Lodge without interruption.

Security was the top priority of LaPorte. At one time, Champagne said, Myers was departing the Dragon Hill and Rumsfeld the Shilla, with both ending up on a major road near Itaewon.