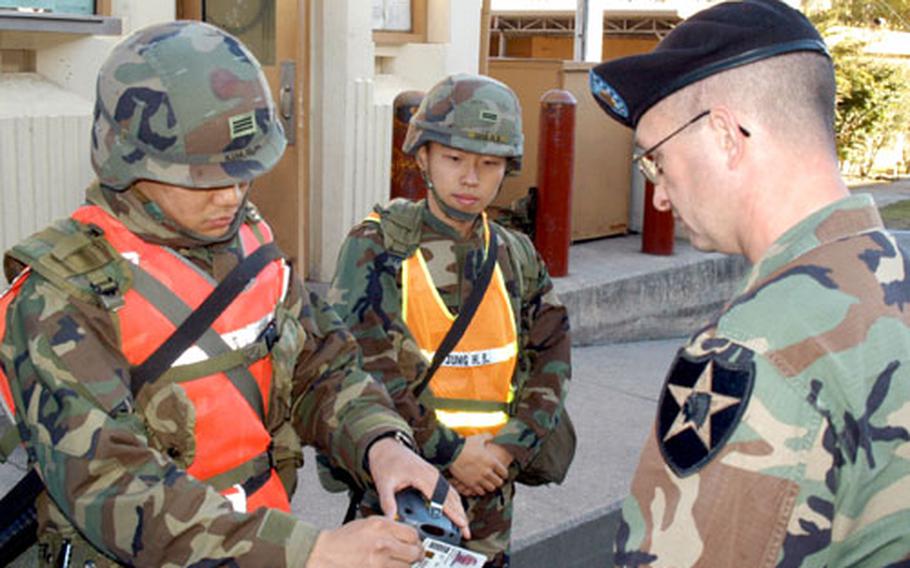 CAMP RED CLOUD, South Korea &#8212; Second Infantry Division identification cards are going missing at an average rate of more than 60 per month according to Military Police, who are anxious to stop them from falling into the hands of people wanting to access U.S. bases on the Korean Peninsula illegally.

The issue received increased attention after an article in a recent edition of Indianhead, the 2nd ID newspaper, suggested ID cards could be bought on the black market for up to $1,000.

The article quoted 2nd ID command Sgt. Maj. James Lucero saying: &#8220;It is very critical that soldiers don&#8217;t give or sell their ID to anyone, especially a non-military person &#8230; For soldiers who sell their ID card they will absolutely be punished to the fullest extent possible.&#8221;

2nd ID spokesman Maj. Mike Lawhorn, who oversees production of the Indianhead, said the goal of the stories was to make soldiers aware that the potential is there for people to try to acquire ID cards illegally.

&#8220;It is not that we have been told that person X is trying to get it, but with the added emphasis on force protection it is just one piece of the puzzle,&#8221; he said.

Soldiers who lose their ID cards can be punished under the Uniform Code of Military Justice depending on the circumstances in which they lose their cards, he said.

Soldiers report losing cards in a wide range of situations, he said.

No soldiers have admitted to losing their ID cards at bars or nightclubs in Tongduchoen, but it was unlikely that a soldier would own up to that if it happened, Williams said.

MPs include lost ID cards in blotter reports so commanders can address the issue if several soldiers from the same unit lose their IDs. The cards are sensitive items, in the same class as night-vision goggles or weapons, he said.

The new ID cards are difficult to manipulate or alter and include a computer chip with the user&#8217;s personal details. Scanners allow gate guards to make sure the image on the card has not been altered since it was issued, Williams said.