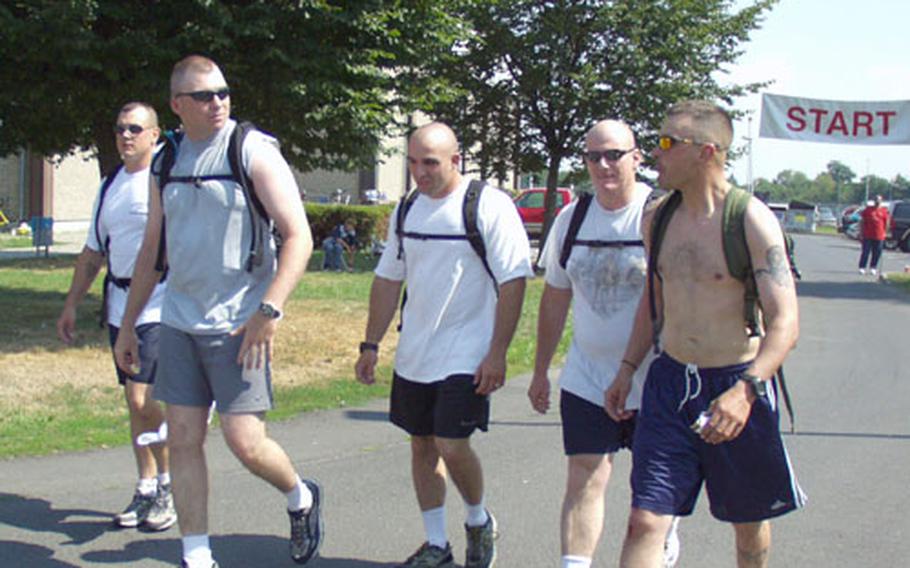 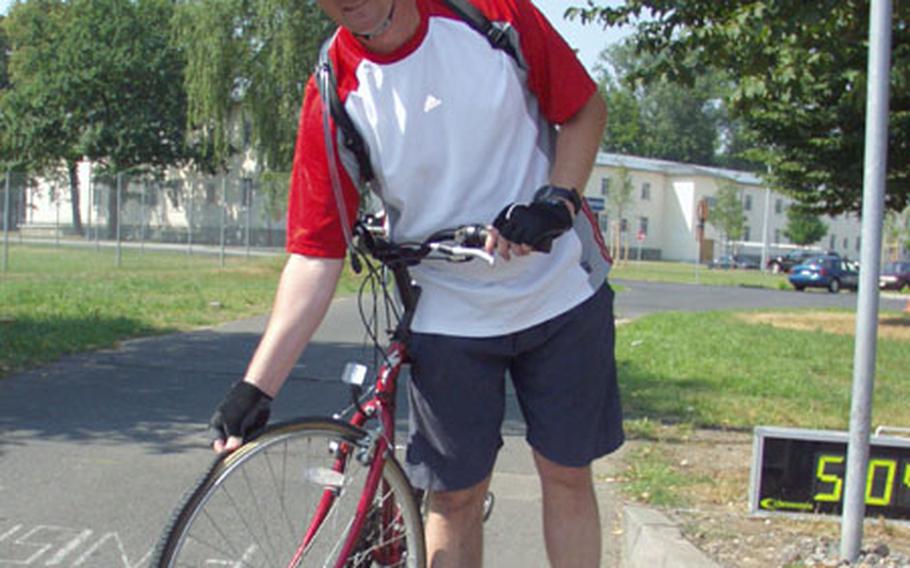 Sgt. 1st Class Gary Keziah, from the 92nd Military Police Company, rode the last eight miles of the 37-mile bike portion of the 62-mile challenge on a flat tire. He was still able to come in from the 10-mile run and bike portion in five hours. (Jessica Iñigo / S&S)

Companies from the 709th Military Police Battalion throughout Germany hit the road running Friday at 6 a.m. to begin the 10-mile run, 37-mile bike ride and 15-mile road march all before 6 p.m. on Fliegerhorst Casern.

For others it wasn&#8217;t so easy. Some participants got a flat tire, others took a tumble and one even crashed a bike into a car &#8212; there were no major injuries, though.

To make the challenge even harder, some soldiers toted a 20-pound rucksack during the final road march.

The challenge wasn&#8217;t only limited to the police. Sgt. Jorge Negron, who works in personnel for the 127th MP Company, said although he wasn&#8217;t an MP, having everyone participate in support of the regiment&#8217;s anniversary helped build better unit cohesion. Other participants included friends and family members. Afterward, there was a barbecue.

&#8220;It&#8217;s a good challenge, plus I like being able to go out there and keep up with those young soldiers,&#8221; said Deana Porrett, who was competing against husband 1st Sgt. Mark Porrett from the 127th MP Company. With her was friend Marge Connelly.

Leaders of the battalion led from the front throughout challenge, coming in first, second and third.