MP in Iraq gets car keys in care package 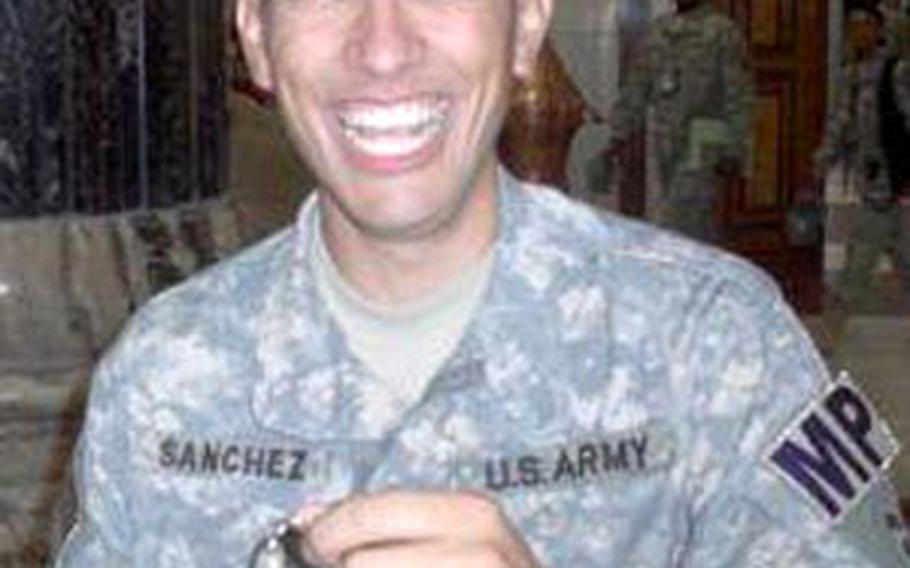 Spc. Alfonso Sanchez smiles as he holds up the keys to a new Jeep Patriot. (Courtesy of U.S. Army)

A military policeman in Iraq recently received a care package. It was not just any care package, though &#8212; it was the 250,000th sent by an organization called Operation Gratitude, and it included the keys to a new Jeep Patriot.

Spc. Alfonso Sanchez of the 16th Military Police Brigade was given the package during a formation at the Al Faw Palace in Baghdad earlier this week.

The vehicle had been donated by the Tri-State Jeep Dealers&#39; Association. During a ceremony at a New York Mets game in July, a set of keys was placed into the package, which was sealed and taken to a military post office at Newark Airport. The Mets also had a collection drive for care package items, and TV Station CW11 is hosting a letter writing sweepstakes, the winner of which will also receive a Jeep Patriot from the auto dealers&#39; group.

It was unclear Friday how Sanchez was chosen to receive the package.

Operation Gratitude was founded by Carolyn Blashek of Encino, Calif., shortly after the Iraq war broke out.

&#8220;All contents for the packages are donated by individuals on their own or through collection drives organized by schools, civic or religious groups and businesses,&#8221; according to information on the group&#8217;s Web site. &#8220;Several companies have become Corporate Sponsors or Friends of Operation Gratitude through their generous donation of products.&#8221;