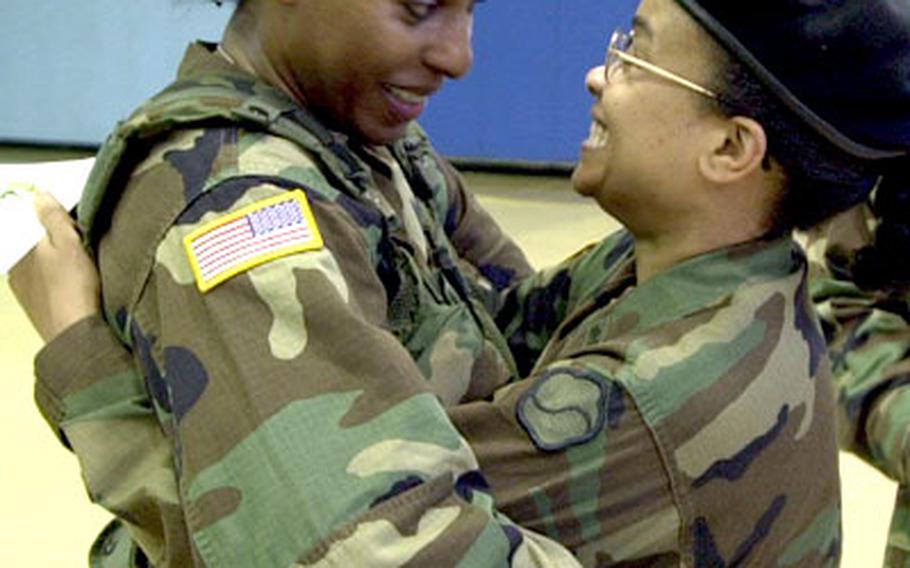 She said she sat in awe Wednesday night at a traditional farewell from her battalion at which the detachment commanders reflected on her accomplishments.

&#8220;That part of the equation has more to do with those you surround yourself with than your individual abilities,&#8221; said Marshall-Quinones.

&#8220;If there has ever been a moment in my life where this has proven so true, it would be now. I am surrounded by an enormous pool of professionals.&#8221;

She also wished the incoming commander &#8220;as much enjoyment and reward over the next two years as I&#8217;ve enjoyed during my tenure.&#8221;

Apo told the soldiers that when she first was assigned to the battalion 10 years ago, she never imagined she one day would return to assume command.

&#8220;I am truly humbled by this opportunity and extremely excited to have returned to Korea,&#8221; she said.

Marshall-Quinones is moving to Fort Lewis, Wash., where she will work as deputy brigade commander of the 42nd Military Police Brigade.