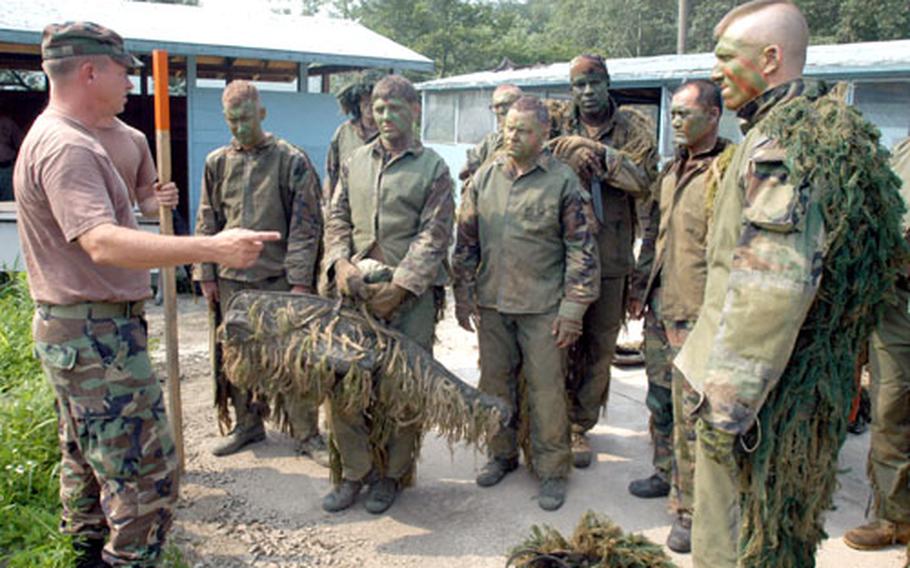 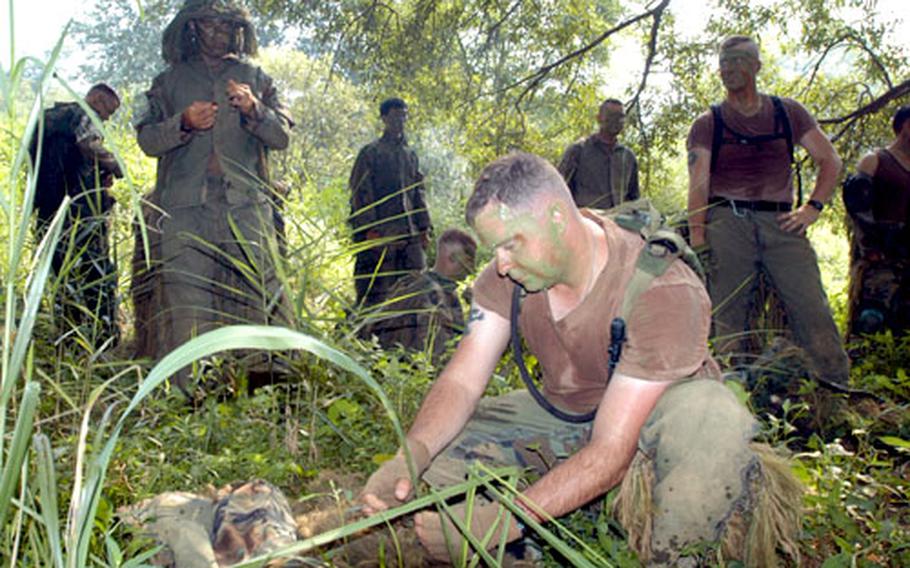 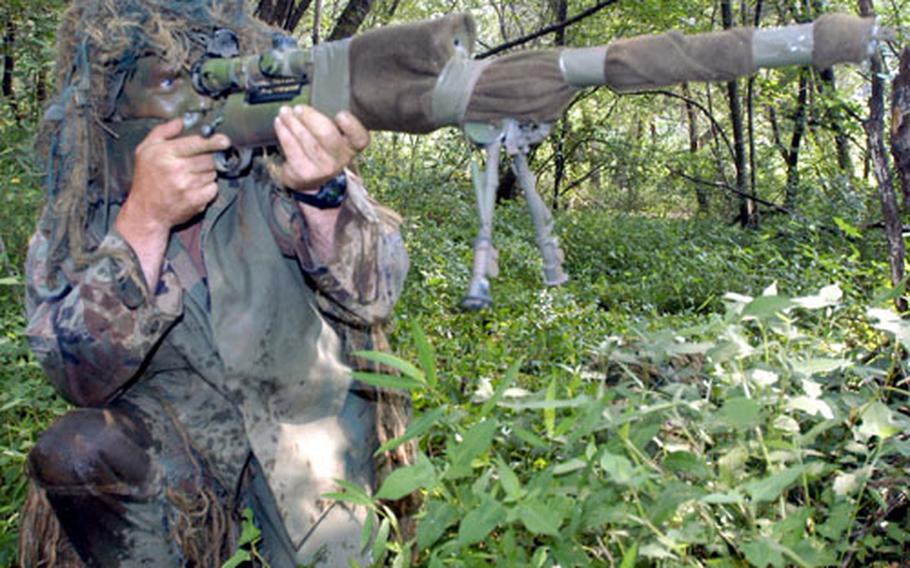 One of two instructors from the U.S. Army Sniper School at Fort Benning, Ga., who have come to South Korea to train 2nd ID soldiers as snipers, Smith on Friday sat at one end of the Joint Security Area Mock Up Range, a rugged patch of bush just south of the DMZ. He peered through binoculars for his students he was grading on their stealthiness.

To pass the stalking test soldiers had to pick out an instructor in their site and identify a letter printed on a card he was holding. If they got the letter right they fired a blank round and crawled back to the start point. If an instructor saw trainees poking their heads up or moving the grass they were disqualified.

Smith said the stalking section of sniper school required trainees to use a variety of skills they learned in the weeks leading up to it.

Snipers also learn rifle marksmanship at distances of 300 to 800 yards during the day and at night, shoot at moving targets at ranges out to 600 yards and fire .50-caliber sniper rifles at vehicle-size targets 1,400 to 2,000 yards away. They also study the history of sniping, employment, tracking and foreign weapons, Smith said.

A common mistake during stalking is for snipers to keep moving forward and poke their heads up to try to see their target. A better technique is to move sideways and peer through the grass, he said.

One of the trainees stalking on the range, Sgt. Darren James, 22, of Wilmington, N.C., said he was a dismounted infantry squad leader with Company B, 1st Battalion, 72nd Armored Regiment when he heard he was going to be a sniper late last month.

He said he was already a good shot before he came to sniper school.

The first U.S. soldier to return to the start point after &#8220;sniping&#8221; his target was Staff Sgt. Seth Geuke, 25, of Headquarters Headquarters Company, 1st Brigade Troops Battalion, 2nd ID. He said stalking was easier for him than the range estimation section of the school.

While some of the snipers crawled through a muddy river bed and thick vegetation on one side of the range Geuke was with several who crossed a swamp on their hands and knees and made for a small hill on the right.

Geuke said that when he took his shot the instructors could not even see his muzzle flash.