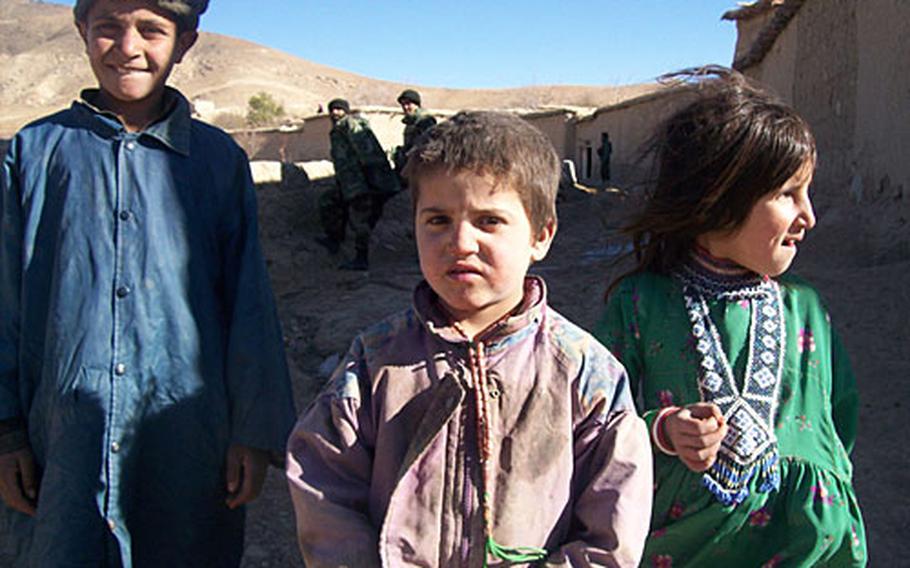 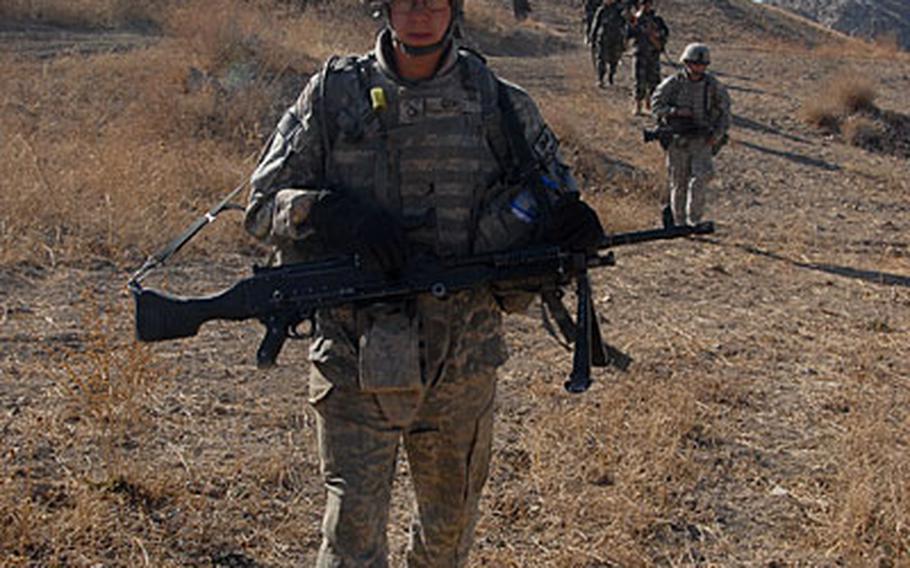 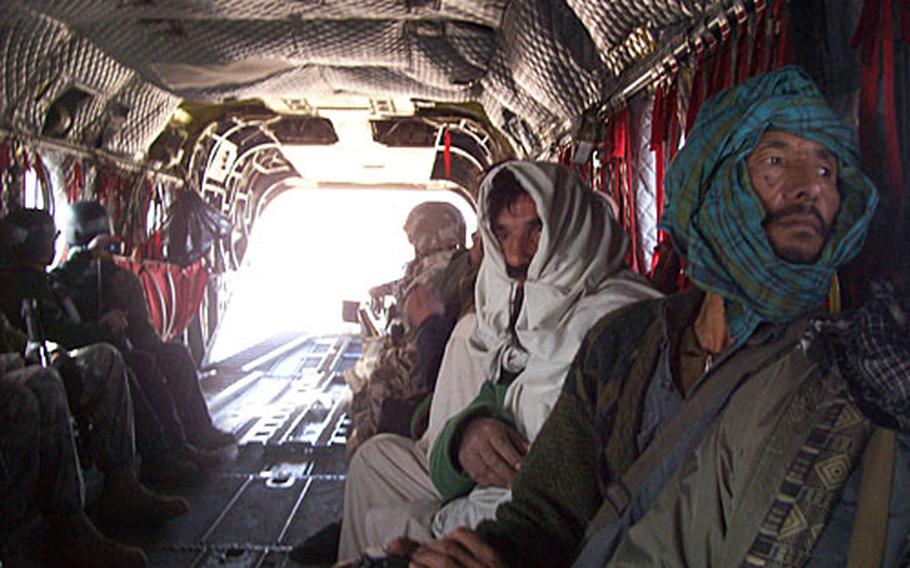 ZABUL PROVINCE, Afghanistan &#8212; Death can come by the bullet or by plummeting off a mountainside in southern Afghanistan&#8217;s Dey Chopan district.

U.S. soldiers here have shelter, of sorts, from the elements at Forward Operating Base Baylough, 8,000 feet above sea level. The base &#8212; a collection of tents, plywood structures and an ancient adobe building surrounded by razor wire and earth barriers &#8212; allows a few dozen soldiers from 2nd Platoon, Company A, 1st Battalion, 4th Infantry Regiment to control the surrounding valley, despite regular Taliban attacks.

On paper, 2nd Platoon &#8212; the Mustangs out of Hohenfels, Germany &#8212; are responsible for security in all of Dey Chopan district, which is home to an estimated 45,000 Pashtun tribesmen, according to platoon leader 1st Lt. Alex Sanchez, 24, of La Mirada, Calif.

But even with the help of 17 Afghan National Army soldiers and two dozen Afghan National Police officers, Sanchez&#8217;s authority is limited to the valley, which soldiers call the &#8220;Baylough Bowl.&#8221;

In five months, the Taliban have attacked Baylough about 60 times, including an all-out strike in September that overran an ANA observation post overwatching the base. There&#8217;s still a hole in Sanchez&#8217;s bedroom wall punched by a Taliban rocket fired during the attack.

Dey Chopan includes three other large, high mountain valleys and numerous smaller offshoots where locals run sheep or grow almonds in orchards watered by snow melt. Much of the land is in Taliban hands, and intelligence suggests one nearby valley is home to a Taliban training camp, Sanchez said.

&#8220;We know Baylough Bowl is ours. The Nayak Bowl [includes a road leading to another base] so we have been in there. We&#8217;ve been into Davudsay Bowl with a larger force. Larzab Bowl we have not gone into,&#8221; he said.

Patrols out of Baylough are on foot since most of the terrain is too steep for vehicles. Some of the peaks that patrols climb are almost 10,000 feet high &#8212; about as tall as the highest mountain in Germany, the Zugspitze.

As soon as soldiers leave the valley floor they have two options &#8212; walking across shifting sands where it&#8217;s three steps forward and two back, or clambering over boulders. The soldiers often find themselves literally hanging off cliffs.

&#8220;There are times when we are climbing to an [observation post] and when you are hanging onto the rock face, you realize if you fall, you will die,&#8221; Sanchez said.

&#8220;It takes a lot of skill to climb. You have to watch every move you make because of loose rocks and steep inclines. When the Taliban start to shoot at you, it&#8217;s hard to maneuver and get good positions to advance or egress while fighting,&#8221; he said.

Pvt. Gregory Sparks, 19, of Oroville, Calif., fell seven feet on a recent patrol but was unhurt.

Sparks had to jump from rock to rock on a recent patrol up a nearby peak.